Just got back from Scarborough Gold Cup. Here’s a nice one off line up of some of road racings legends and legends in the making as a farewell tribute to the great Ryan Farquhar, all riding Ryan’s machines. L-R: Jamie Hamilton, Robbie Silvester, John McGuinness, Ryan Farquhar, Ian Hutchinson (with leg in meccano again!), Michael Dunlop & Guy Martin. (excuse some other blokes baldy head in the pic!) 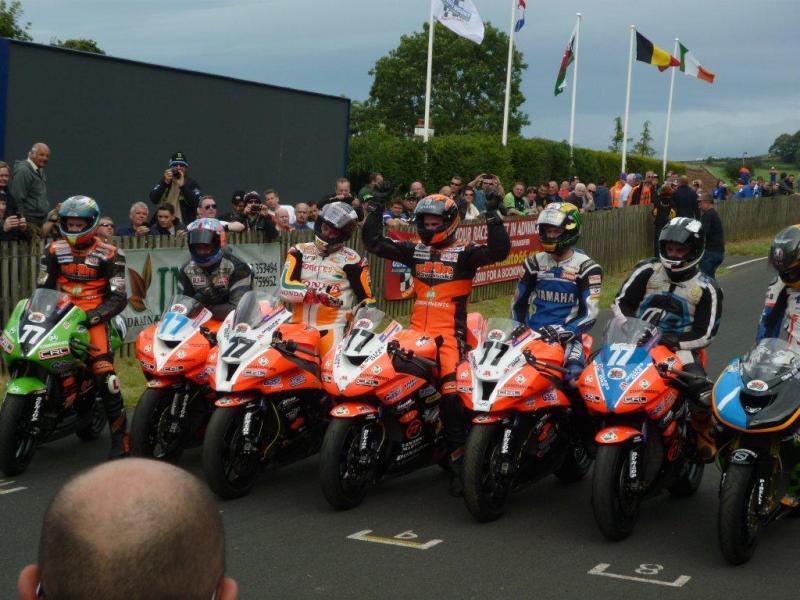 Plus Michael Dunlop in his sidecar outfit for his debut race. Finished second. Watch this space for the TT next year ! 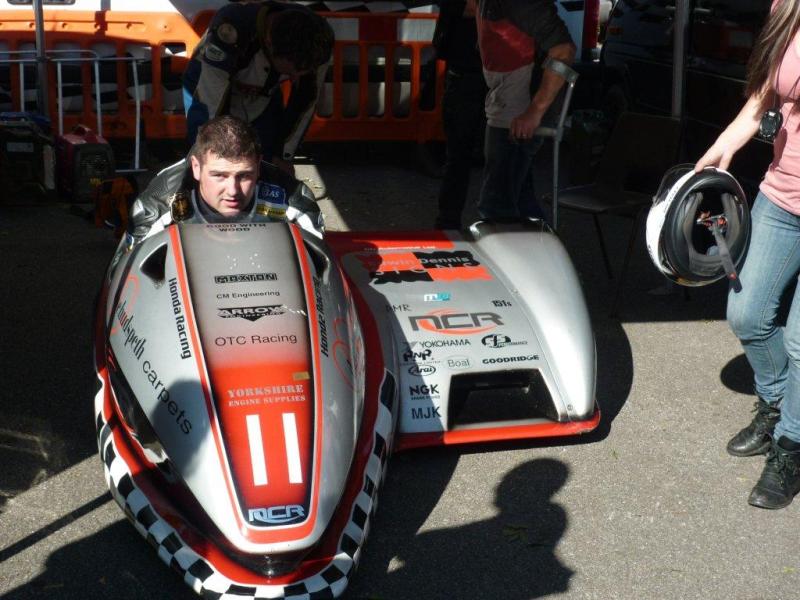 a dunlop in a sidecar!? whatever next!

I wonder if he bro will passenger for him, that’d be brilliant