Rockingham 30th June with No Limits

Its been a while and I’m itching for a return, so I’ve fingered this as a potential date. Anyone else keen?

I take it the bike’s now back in one working piece and you’re gagging to get back out on it :D?

Yeah, my damage was relatively light I’m lucky to say. It was just the amount of time I actually had to get it ready. Shes not showroom pretty anymore, but thats not why I love her 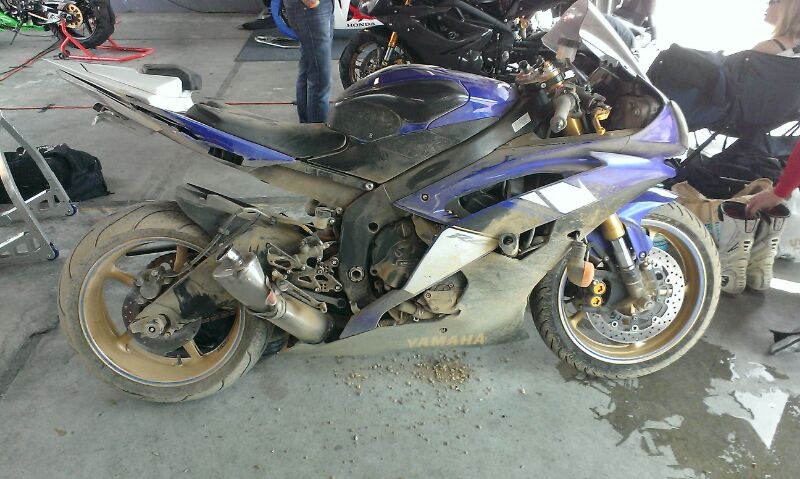 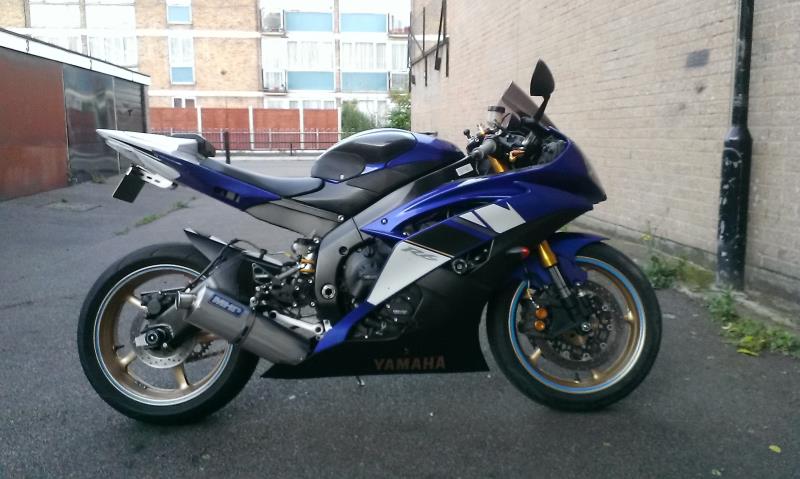 Oh wow, it’s amazing what you’ve achieved with a couple of cable ties and some duck tape :D.

Lookin’ good. Have you been out on it this weekend to “re-bond”?

I’ve been treating myself to a 75 hours working pattern since Thurday and finishing Tuesday morning 06:00

I still cant believe that gravel is still dropping out of the bike; it had nothing on it last weekend

HaHa, at least your gravel wasn’t tidily contained INSIDE your engine.

Are you going to get a chance to take an hour or two off from work and do a few road miles before Rockingham?

I did get to college the other night Tuesday and with my old PC3 on and a new exhaust it pulls really nice and runs fine. Next time I get on it will be Tuesday for college again.
GB Racing crash protection- Cannot recommend highly enough… Unless you can afford Woodcraft

Hows your repairs getting along?

Oddly enough, I have been looking at the GB engine protection and also the R&G stuff (through T3). I can’t think why… :Whistling:

I get the Trumph back on Fri or Sat. I haven’t even paid for it yet, but I’ve booked my next track day already!!! Talk about skewed priorities.

Hmm, bad juju that but you’ll probably be alright. Where are you going?

Hmm, bad juju that but you’ll probably be alright…

Nah, no bad vibes going on for the next one. I’m so nice to kittens, I’ve a whole lifetime of good karma owed to me :D.

I’m doing a ‘lite’ version of a trackday at RAF Odiham on 13th July. It’s less focused than a trackday by one of the big three organisers and, I hope, it’ll be the safest environment to get a bit of confidence back.

Confidence gaining is pretty hard. I remember last year trying far too hard to go quick and I was painfully slow and was struggling a lot. I find that trusting my tyre brand and braking potential massively improves my confidence, though its annoying to find I’ve over-braked and carried rubbish corner speed.
The other things that held me back is vision; not looking through bends ruins my whole corner and set up for the next one. Other standout things that I was affecting me was not having my suspension set properly - My bike would not turn. And not being a bit more agressive with the throttle - my roll on was too soft when on the fatter part of the tyre, so I was losing drive.
Riding to track is a huge thing too and I would now never do it. Anything can and does happen and it never helped my confidence if I’m constantly thinking, ‘I need to ride this home’.

I also beat myself up for not going quick and that wasn’t right as it I was supposed to be having a great time, so once I started to love it again, I managed to get better. That and constantly looking at Twist of the Wrist and MotoVudu for pointers and watching onboards of skilled riders for their braking and turn in points - Weight in Gold!