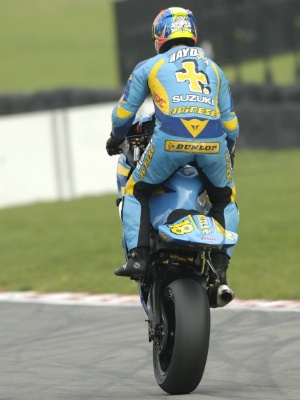 Well done for James in first race got second, but lost the front end in second race out of Druids. And get well soon J R !!!

Whoops, JUST missed the crash as well, doh! It’s a shame he came on form in the last race! But I guess he needed time to get the changes made to the bike he wanted. I still don’t know if they got what they wanted after Scott Smart pushed for the suspension setup the AMA/WSB boys were running (and didn’t get it).

Yes they alterd head stock, i spoke to Crescents a couple of weeks back.