OK carrying on from the what to get for first bike thread, im interested to know what you guys expert opinion would be, on what bike to get for A2 licence??

Im on CBR125 at the moment but im itching to get something new.

Cost aside, whats a good bike for me to carry on learning on?

It may be worth noting that im only a small chap at 5’7…so i dont want something huge size wise.

Cheers for any advice chaps.

When I was on a A2 licence I had a Suzuki GS500 (restricted) not bad as a first big bike, although if yo like caning it a bit you will soon bore of it.

Any parallel twin 500cc bike would be a good place to start looking. GS500/ER500/CB500 or my personal favourite: GPZ500. All very good. If you have the money a restricted SV650 is a lot of fun and doesn’t lose much to the restriction either

Litre - might get raped on insurance, plus you gotta think if a bike is ~110 bhp then cut artificially to 33 bhp it won’t handle too well…

I rode a restricted ER6f, 2 up and was really surprised how well it went around town, pulls like a train from low down. Topped out at about 100mph and reached 80 reasonably quickly. Would be on my list.

I rode a PX200 for 2 years on an A2 licence, no restriction needed as it just makes a whole 20bph, or it did when it rolled out the factory 25 years ago anyway

But if you think your CB125 isn’t gutsy enough, you’ll probably find the PX a bit boring

It’s still loads of fun though.

still goes well, tops out somewhere over the national speed limit… and is quick to get there.

it’s basically a bandit with a full fairing so it’s not too high, great for commuting and still fun of a weekend. fairing does a good job of weather protection and insurance isn’t too bad either.

My review of my bike

ktm 640 sm:) and i have a retrictor kit for one you can have free of charge;) 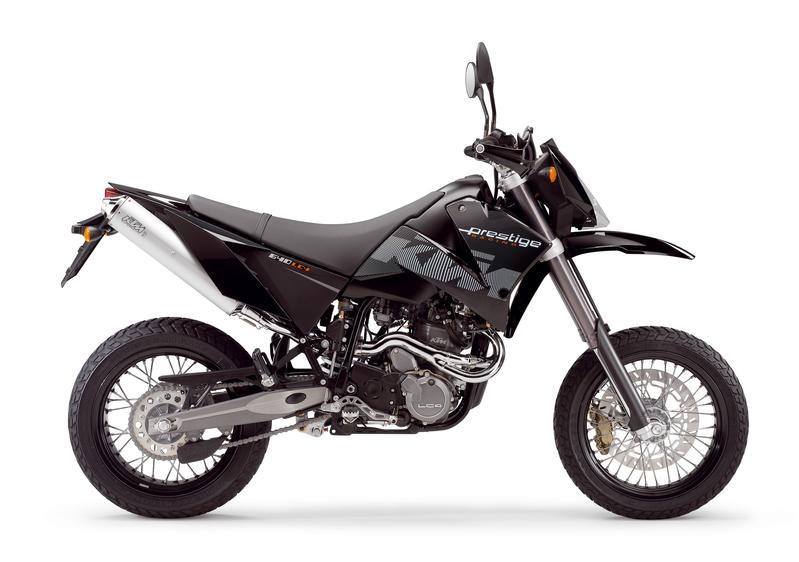 Plenty around, cheap as anything.

Easy bike to ride, guess that’s why they are the teaching schools favorites.

Kawasaki do a 250 Ninja which is 33bhp so no need for a restrictor kit. Cost new is about £3.5k. I saw one in the flesh the other day and it looked decent in terms of size but had tiny tyres. I am only 5"5 in height and fitted on it fine so you should be ok.

I’m wondering this too. i have my test on the 26th, so I’ll be looking for something bigger as soon as I’ve done it (fingers crossed).

Is it better to get a bike already under 33bhp? There isn’t much choice thats all. I’ve been looking at the DRZ400 supermoto, which I think is a bit over, so shouldn’t be too affetced by a restrictor.

Of course what I’d REALLY like is an XT660, but I can’t see it happening really