Problems with my Horn

Having issue with the horn in the cold now think it is pretty knackered anyways. the standard on on the SV is like a fart in a wind anyway and I currently have the Stebel Nautilus which ain’t working.

Anyone got some solid recommendations for ones they have fitted and are still going strong whatever the weather?

Used to have a problem with one on my Yam scooter. Was caused by rust on the contact switches.

I looked into a horn upgradabout a year ago and found a good one but never got round to doing anything more about it.

There are some good ones on the market and with YouTube demos so if you don’t get a helpful recommendation from this mob I suggest just Googling and I mean using a keyboard for that not taking a little blue pill which is the other type of Googling.

Is the Steble Nautilus on the bike?

Is it orientated the right way to minimise water ingress and drain condensation?

Assuming you have 12v but no continuity then the fault is in the horn. Take it apart, check for any blockages in the airways, clean any corrosion around the internals and electrical contact points, re-test for continuity across the terminals. If all else fails I had a pair similar to these on the Bonne’

Proper loud but, like the Steble they take up some room. On the plus side they stood the test of this kind of treatment and then some, note the horns mounted either side and just below the headlamp. Never failed over 3 years, 40,000 miles and 50+ fords 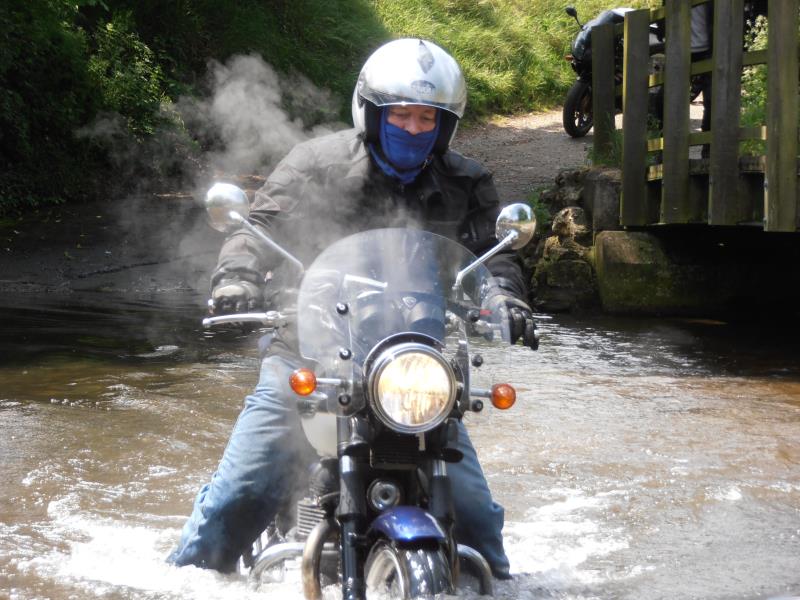 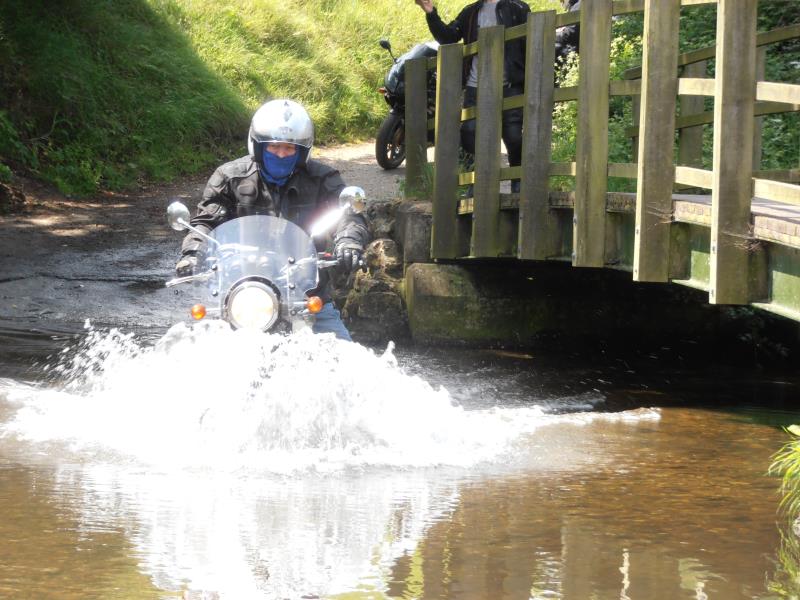 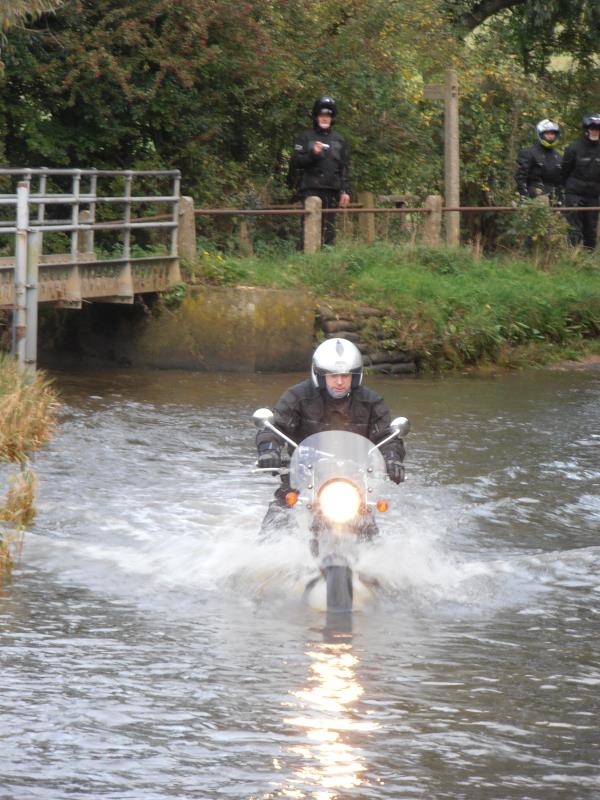 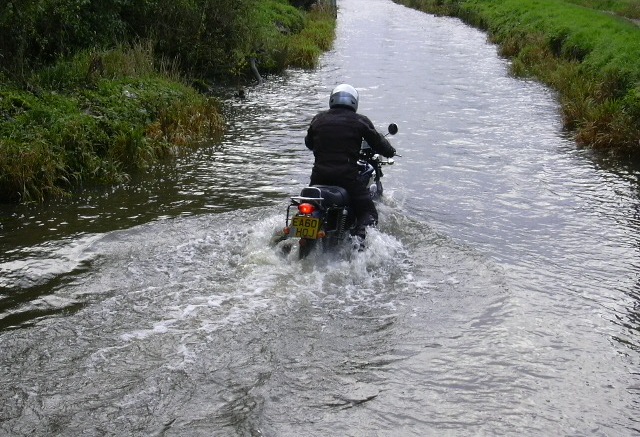 Definitely check the switch first.
Can you get the horn to work directly off the battery?

I have the Stebel TM80 on The 250, came with the bike three years ago. Its stood the test of time and its loud, not as loud as the pair of generic hi-low snail horns on the Bonne’ although to be fair the comparison is one vs two. I think the trick with horns is to test them regularly. I give mine a test toot whenever I take it out, the idea is to blast out any water ingress or condensation.

i got this one, plugs straight in no faffing.  sounds louder than a car.

The Dinali mini in that video sounds proper poor, my Stebel TM80 Magnum sounds so much louder. That said if you want loud the generic twin hi-low snail horns I had on the Bonne’ were much louder than either the Stebel TM80 or the Denali mini, although, as before the comparison is two vs one. The typical current draw on this type of horn is about 5A so no need to wire via a relay.

Some are put off by the size of these units because mounting them on motorcycles can be a headache. Mounting issues can be overcome by physically splitting the horn and air pump and mounting them separately, complete the installation by connecting the pump and the horn with a piece of tubing. Note this type of horn can draw as much as 20A or 30A therefore should be wired in via a relay to be sure, to be sure.

its a pharrrp rather than a meep.  worlds apart from what was standard on my bike anyway and a straight swap.

I purchased this to be the dogs danggies… however, it does not fit onto my bike (no space)…happy to sell it for £30… its brand new…


its a pharrrp rather than a meep.  worlds apart from what was standard on my bike anyway and a straight swap.
ORBNOXIOUS

They're all a straight swap on the old school 6.4 mm spade terminal connections  wiring harnesses. The more advanced CAN bus electrical systems may require a little modifying.
eezie 15 December 2017 22:59 #14

I like the look of this https://screaming-banshee.com/ 123db, a quieter parp if the button is tapped or a blast if the button is held down. It can be wired into the full beam as well so that comes on if you blast the horn giving you more chance of being seen.

Anyone got one? General thoughts? Anything better out there?

Its just another variation on what’s been listed earlier, the innovation, if it is an innovation, is that it incorporates some elecrickery by way of a relay and diodes to ease the installation and flash the headlamp.

When a horn is advertised as 120dB (or whatever sound level), it is important to know at what distance from the horn the sound meter was.  I can remember some of them stating that the reading was take at 1 meter from the horn.


When a horn is advertised as 120dB (or whatever sound level), it is important to know at what distance from the horn the sound meter was.  I can remember some of them stating that the reading was take at 1 meter from the horn.
Aceman

A constant 120Db at the ear would cause hearing damage. As above Db levels drop dramatical as distance increases from the source. Sound is not my thing but here’s how the different horns work.

The ‘standard’ horn of electromagnetic/diaphragm construction are the least loud, generally the bigger the diaphragm the louder the level of sound produced typically this will be <110Db. These are the conventional flat circular horns factory fitted to most motorcycles.

Louder are the twin ‘snail’ horns, Stebel TM80  Magnum, Denali Sound Bomb Mini etc. These all operate in the same way as the factory fitted electromagnetic /diaphragm horns but are fitted with a horn, hence the name. The horn doesn’t necessarily make it any louder but it seems to give some amplification at the ear by tuning the tone, paired low & hi tone set ups appear to be louder because it’s easier for the ear to focus on the direction of the sound.

Next in order of loudness are the compact air horns such as the Stebel Nautilus, Denali Sound Bomb etc. These are larger and comprise of a horn and a small air pump, often appearing to be one unit but are in fact two separate parts the horn and the pump. These compact air horns, sometimes referred to as ‘truck horns’ because of their loud low tone typically produce >110Db.

For MOT purposes there is no upper limit to the level of sound produced by a motor vehicle horn as such, providing it produces a constant, continuous note that isn’t harsh on the ear it’s a pass.