As much as I like the idea of fewer thefts bringing insurance premiums down, it may be wishful thinking on our part.

Sadly this is probably true. Thirty years ago insurers told me my premiums were sky high because I was a young lad - no one can claim I’m a young lad now but funnily enough my premiums never seem to have gone down.

im trying to work out what he said

More of these “gentle nudges” please!

“I dont care much for the motorbike thieves. In fact, I dont think that this tactical contact method goes far enough. If a police officer is in pursuit of a criminal who has stolen a bike, or possibly mugged a civilian - especially a senior citizen, the criminal should expect some of the same medicine. I am all for capital punishment, on the spot!”

she can go and do one! melt!

And then there’s Diane Abbott swinging her saggy tits into the fray. Bint.

Don’t sit on the fence, tell us what you really think of her 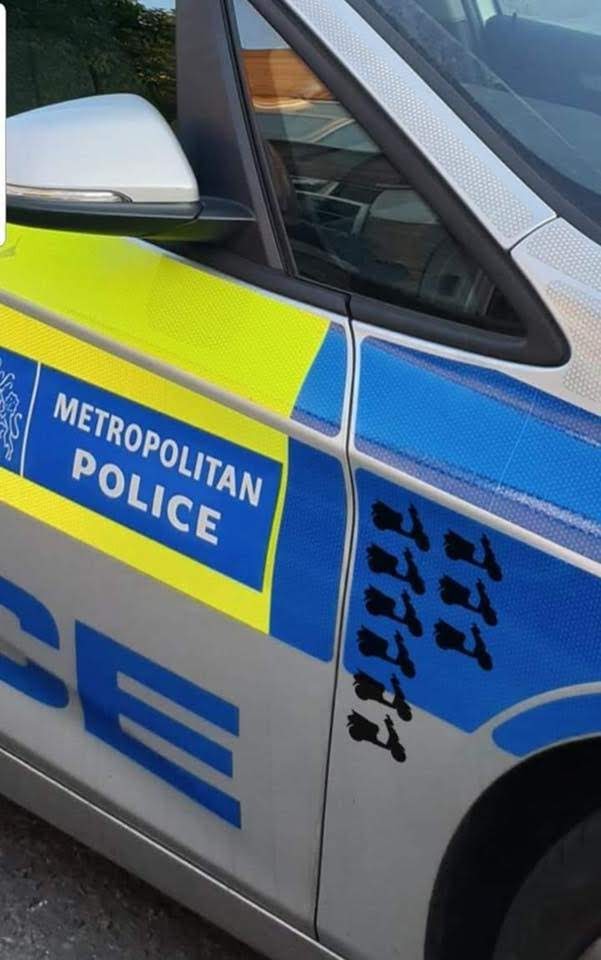 And that epitomises why Diane Abbott would be a hopeless Home Secretary.

What would she be good at? Just out of interest…

Bonking Jeremy Corbyn. She was in the past. Probably still is.

Thats an image I really dont want in my head.

Pardon me, but Dianne can go (bleep) herself. Really hope she’ll experience first hand what hundreds of innocent victims have been subjected to by these human rats called “scrotes” 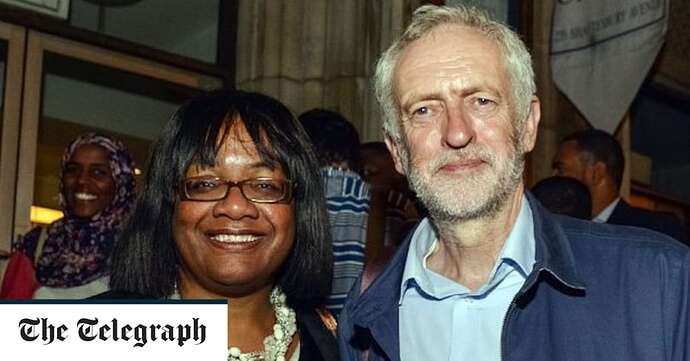 Jeremy Corbyn “showed off” a naked Diane Abbott to impress his Left-wing friends when he was a young Labour activist, a new book has revealed. 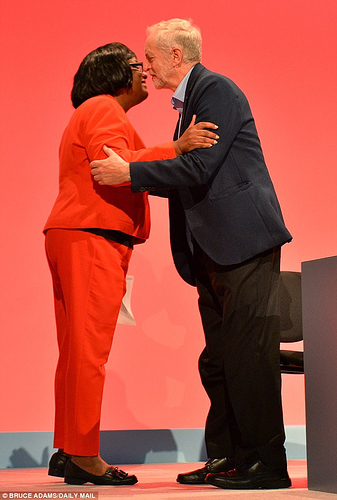 Stop it! your sick! Its not even like you could have a nice sensible conversation with the moron(s).

I don’t think they were talking while on the job

Amanda Pearson from the Met was on the news again talking about tactical contact. The stops by highly trained personnel are acting as a deterrent and instilling some fear in the scrote element. I was itching for someone to say, “have some of that you thieving bastards.” 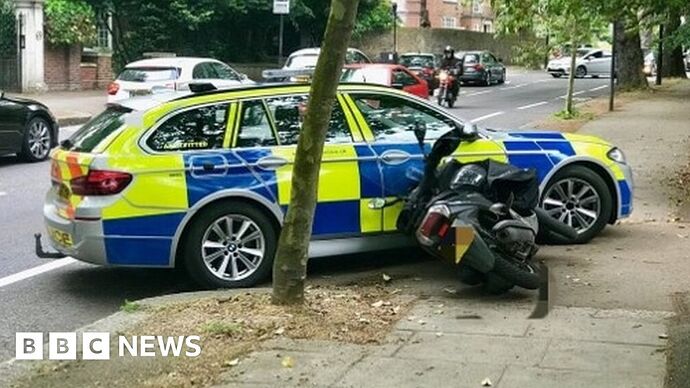 As someone (along with a couple of others from the site) who have had to deal with similar situations in the past, any decision to pursue is not made lightly let alone any decision to knock someone off, but the circumstances and the decision have to be weighed against the risk to the public.

Many years ago we were involved in a chase involving a stolen car with 1 of 2 14 year lds driving. The pursuit had gone on for about 20 minutes and they had hit several other vehicles and injured a number of people. They were not going to stop.

Anyway, long story short, they entered the Motorway and we were able to close off one of the carriageways wich would force the bandit vehicle up the slip road where in the meantime my Sgt had commandeered an HGV put it across the top of the exit ramp meaning the car had to stop. Or so it was thought.

The car ploughed into the side of the HGV killing both occupants.

My Sgt was crucified by the press for allowing this tragedy to happen. But they completely ignored the injury and damage that these 2 scrotes had already caused and they ignored the fact that said scrotes had the opportunity to stop.

In another case, I was doing a speed check on a major road when a car (Renault 5 Turbo) came past at around 110 (we were on a dual carriageway) and completely ignored signs to stop, so me any my partner were on our bikes in pursuit going after him, bearing in mind we had no idea what the driver might have been up to.

Over the Motorway back down onto the single lane carriageway and the bandit went for a blind overtake on a left hand bend to be confronted by a van travelling in the opposite direction. I remember to this day seeing the drivers decpitated head fly past my right shoulder

The van driver was traumatised as there was nothing he could have done, but (and this was the key) in the boot of the car was a bag containg 2 sawn off shotguns and about £50,000 in cash.

20 minutes peviously the driver had carried out armed robberies at 2 post offices just outside our area.

The question was asked, what were we doing chasing him just because he was speeding? The fact that the driver was travelling so fast and failed to stop was ignored and once the circumstances of what he had done was released, the next phase of “Oh the poor driver did not deserve to die like that” kicked in. My view was that the driver again had the option to stop.

Not so much as an eyebrow was raised at the inquest.

On the bike we used to get involved in pursuits and people could not believe that we could sort of ram a car on the bike. It was not so much as ramming, more a case of if you had the right bit of road, as the vehicle went into a left hander you would sit on the rear right quarter, stick your boot out onto the bumper and wind the throttle open. This would in many cases cause oversteer and force the car into the ditch.

It used to be funny when it went to court and said scrotes would accuse a motorcyclist of ramming his car and forcing him to crash The look on the Magistrates or Judges face said it all But it did work.

I konw that all this happened a long time ago and times have changed, but my views have remained constant. These scrotes choose to play by their rules so they have no grounds to complain when those rules backfire, after all nobody forces them to do what they do.

So, if they get hurt then good karma and poetic justice apply.

When it comes to ordinary motorists and bikers, they have nothing to fear. To go down the route of making contact it has to be a last resort, and the footage has shown that it is a large resort.

Sorry if that sounds harsh, maybe its because I was raised and served in a different era.