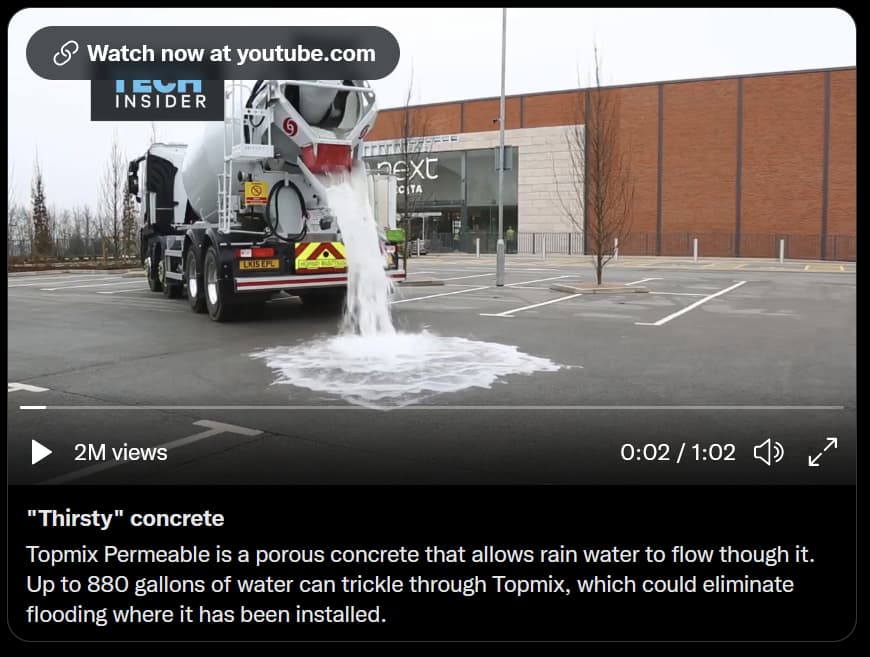 As far as I know, French autoroutes use a version of this on their tarmac, hence much reduced spray in the rain. It also runs a lot quieter.

I’d be concerned on how it performs in real life such as when soaked up water freezes and expands or when it becomes clogged with all the debris that rain picks up and sloshes around or when heavy traffic traffic turns on it etc.

Doesn’t appear to be robust enough for much more than foot fall.

Presumably you’d still need decent drainage underneath the roda surface, not much point in the tarmac letting it permeate if the ground beneath is saturated

Essentially, yes but with super duper concrete technology. It’s supposed to have bigger voids as i recall so it’s not so prone to clogging (although the guy who explained it to me was a Tarmac sales rep so had a vested interest)

It doesn’t necessarily need drainage below, it can drain into the sub base and even if it gets saturated, it acts as an attenuation tank that stores the water until it can soak away.