I happen to love the little sheet deeply but I think hes confused !!

or does he have my riding skillz !! 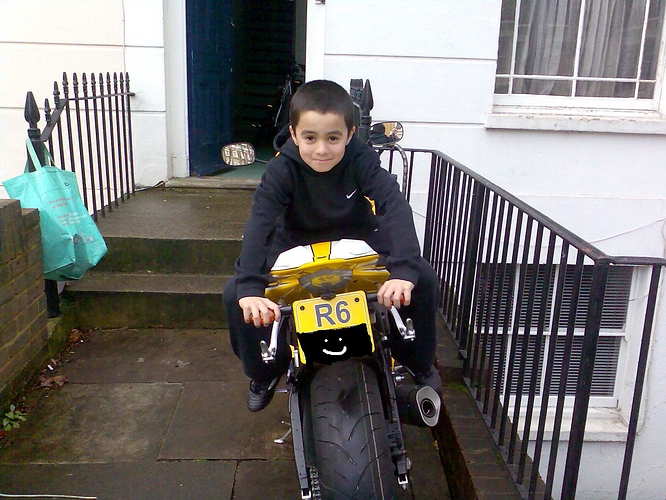 Is it a family trait doing it wrong.

Deffo has not got your riding skillz fella, bike’s still upright!!!

48 on the Christmas List and only enough money for 46

You have solved my Dilemma !!

you can tell its your bike barro,… its still got the mile marker on the tyres!!! haha

That is hilarious…maybe the little guy is fronting the latest in the “stunta” crowd moves?

Barro - I can’t believe you still have the marker on your tyres!!!

I havent had the chance to get out hun…

Make some blimin time and lets go out for a spin on our babies. We can have our very own exclusive R6 owners club, lol.

Oh sure…you two just run along for your ride out…bastages…I’d give an arm to go on a ride out with you guys!

errrm… i need an arm.

Cool. I work normal office hours so let me know when you’re free and we’ll sort something out.

KSG - Jump on a plane and rent a bike.

I’ll need to think on that.