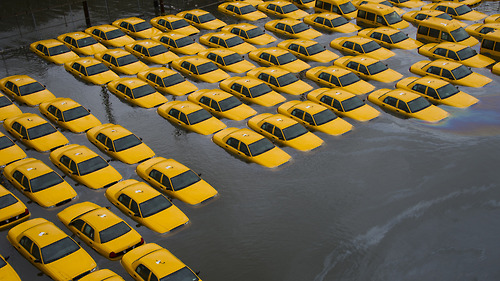 All those taxis parked facing the camera and one joker had to be different and parked backwards.

The cleanup will be a massive job - think of the underground train stations and the plantrooms in skyscraper basements that must be sitting completely underwater at the moment - they must be totally ruined.

yeah, one of the major server hosts had to shut down their location because the room holding their diesel backup pumps got flooded. annoyingly the generators themselves were still working fine

All those taxis parked facing the camera and two jokers had to be different and parked backwards.

Mad photos. It’s all a bit Requiem for a Nightmare!

I think that’s the definition of OCD Garret :Whistling:

Two taxis parked facing away from the camera, and the rest had to be different and parked forwards. :crazy:

Not sure about that, but it’s certainly (unnecessarily?) pedantic.

I think that’s the definition of OCD Garret :Whistling: