Haven’t got any recent ones (i.e. since I binned it). Must take some soon, but until then this is me at Pembrey last summer 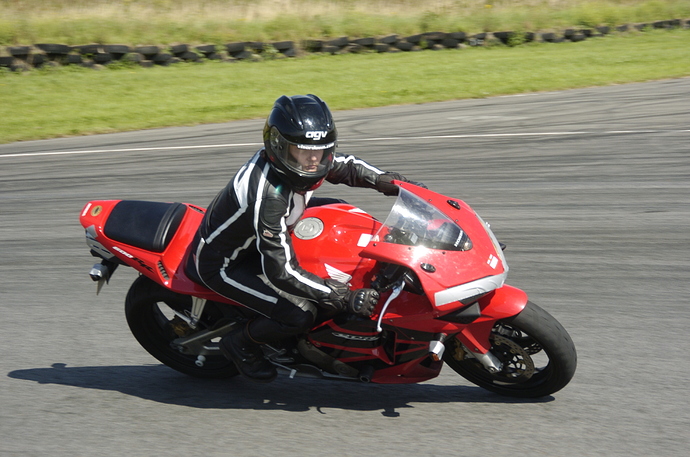 actually this is better, you can actually see the bike 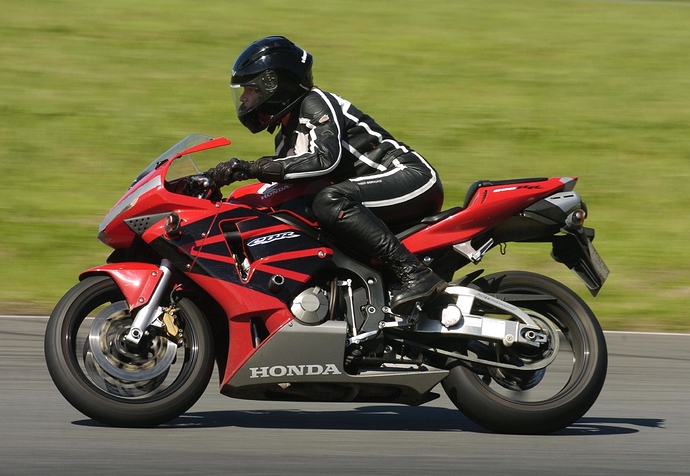 Nice pictures! I can’t get enough of the track, personally

So what happened with the off? We all do it, if it helps…

I think what happened was the peg grounding out & then the rear getting grip again & highsiding me off at Druids (Brands), cos I ended up flying in the air then sliding round Druids on my arse with the bike in the air then scraping down the tarmac in front of me. Ouch… no idea where that footpeg went or some bits of my fairing

Still, gave me a good excuse to splurge on some Gilles 'sets. That bling counteracts the gaffertape (erm… maaaybe)

nice bike, or was… sorry bout the off mate! I was guna buy a CBR600RR but bought an R6 that caught my eye… hope your out riding on her again soon!

It’s a him! Fixed it up straight away (binned it back in May) so have been riding it since. Just getting a custom map stuck on it next week so then it should be back in perfect (handling if not looking) nick

(I stuck a yoshi slip-on on it a while back & a K&N in it last night and the PC map I’m using isn’t really good enough although it’s a helluvalot better than when the ECU was stock!)

So how come you settled on the R6? DId you ride both & just prefer that one? I’ve not ridden one, so if you fancy a swap some time…

O rite, thats cool… I’ve ridden an older model, CBR600F but probably totally different. I liked the look more on the R6 than the RR, but the undertail exhaust was tryin to persuade me otherwise! But what truely made my mind up was the fact the the only Honda dealer around was Chiswick Honda and although Honda is reliable, its cost for servicing, parts is extortionate… plus Yamaha servicing every 6k miles, Honda is 4k miles. Anyhoo, went for the R6 and happy I did…

Erm… considering you binned yours and might not care as much for yours then I do for mine I think not, lol

But if I got to know ya maybe we’ll swap one day!

Sounds like you came off in style anyway, only done 3 track days but managed to stay upright so far - not trying hard enough I know!

Definately worth getting the custom map done though, makes a massive difference, I’ll never trust those downloaded ones again after that. I fitted an Akra and a K&N on the GSXR600K4, and actually ended up losing power

After 2 hours on the dyno setting up the PCIII it gained around 7bhp, but more importantly felt like a new bike.