This camera is being sold to cyclists to provide footage when commuting but could probably be used for bikers too.
It’s not designed to replace a GoPro but a cheaper option to use. Might useful to someone.

Not bad for £39. Definitely worth considering

The same reason a motorcyclist might want evidence of their riding at 140mph down the motorway, or wheelying everywhere?

Fair point, dont think this one tho has enough fps to do so

What are people’s thoughts around mounting cameras to helmets…? I’ve steered clear so far.

Mount where is convenient for you and where you get the best of the footage/content.
R

When I did the FBOS thingy with the fire brigade they said it was a bad idea as it stops the helmet doing its job properly (cannot skid down the road if there is something stuck to it).

Was too late for me as I’ve put my on the side, but moving forward I think I’d get something like @Wise has mentioned before the innov system.

mine is pretty subtle as it is but some of the ones that stick out like a paramount TV crew do make me wonder what people are thinking as that is just asking for trouble.

and it has been widely disproved that the camera caused the injury.

GoPro successfully sued the reporter who said that as he just made it up.

Yeah, you have to do something pretty unusual to have a camera mounted to your helmet in such a way as for it to stay problematically in-place when you crash.

You’d have thought most helmets would be designed to deal with impacts against non-flat surfaces, like mounted cameras but also like street furniture, other road users and generally just the stuff that tends to get in the way of someone who comes off a bike at speed in a town.

What helmet it was?
This 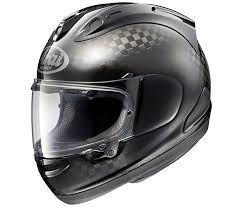 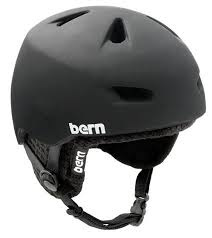 I always have my helmet camera on. Not for vlogging or anything like that, but purely for crash / insurance purposes. I had one big crash, lucky with several witnesses and I managed to memorise the numberplate of the woman before she fled leaving me lying in the middle of the road with several broken bones so I managed to sue her and get payout. If I hadn’t managed to memorise that plate she would have got away free and I would have been fucked.

Helmet ca is purely insurance against that happening again. Commuting on the A406 I see enough dangerous driving that I see it as common sense.

I have mine mounted on the top of the helmet, to be honest if I managed to flip and land on my helmet at that point I don’t think I would have a neck left anyway, camera or not.

A cam also acts as protection. I’ve had a few cagers slam the brakes on and not do a dangerous manouvre once they’ve seen the cam.

Struggling to see a scenario where it will make any difference in a crash tbh. (In response to the danger of wearing one)

Would be more worried if I were speeding as OB may ask to see it if you are in an accident.

As I just said. Anyone with a hit and run or leaves the scene.

You have proof of the other vehicle before they can repair the damage and deny.

As bluelagos said, I would be more worried about being done for other offences, not related to the accident, like speeding. As I understand it (although I might be wrong) you have to provide them with the entire footage, on the spot, for it to be considered evidence. What if they go through the entire footage, instead of examining only the section related to the accident? Of course, you have nothing to worry about if you never break any traffic laws.

I think you need to provide two minutes before and after the incident, not the entire lot.

I just keep mine on 5 minutes rolling anyway. If I get stopped they have a maximum of five minutes data on me.