Today my SV650 was stolen, unfortunate but I expected this day so I’m not distraught.

I’m looking for suggestions for a new weapon. I could get another SV650, but that would be my 3rd and there’s got to be more options out there. I’m doing the IAM at the minute, so I’d really like it to be something I could hustle on down the country lanes, but the main thing is it has to be able to do 80 miles commute a day, motorways and city in wind, rain, and snow I guess these days!

At 6’3, I think I want an adventure style bike. I really like the Multistrada 950 and Africa Twin at the moment, but my budget is probably £4k and I will probably be replacing it before ULEZ so pre-2007 is not a problem

It needs to be <94bhp so I can restrict it. I’m eligible to upgrade license but last time I tried it turned out I can’t remember how to do a u-turn

I do all my servicing myself, and would prefer a twin over a four for ease of maintenance and a bike that is easy to work on is preferable.

Genuinely any suggestions welcomed here, and thanks in advance for your help!

You could get a post 07 KTM 990 for that, probably with luggage as well

^^yup that’s a pretty good shout. I’d go with that.

Correct me if I’m wrong, MCN is suggesting it’s 97bhp so tough to argue to insurers I’ve restricted it to 47. I do like the suggestion, and it’s a sensible alternative to the AT in other respects.

I guess I should also mention I’d need ~20,000 miles a year out of it, so MPG and service item costs are a concern

is £4k including the cost of getting it restricted? cos that can vary across a lot of bikes.

no idea about restrictions but in your case I’d be looking at the fazer 600, CBR600F and maybe the Yamaha TDM.

Oh sorry restricted meant it’s restricted for the purpose of the bureaucrats. I won’t be restricting it, afaik the cost of restriction is the same for all FI bikes as I think they just use throttle stops

Not all of them do that, some use reprogrammed ECU’s.

Just get a VFR800, you won’t be going fast enough for it to look unrestricted.

Not all of them do that, some use reprogrammed ECU’s.
Just get a VFR800, you won’t be going fast enough for it to look unrestricted.

If as it sounds that he’s on an A2 licence, then he’s on a 47bhp limit & the bike being restricted can’t have produced more than 94bhp pre-restriction.

As Honda’s stated power for it is over 100bhp, he still cant legally ride a VFR800 even if it’s now restricted to 47bhp.

Sorry I missed the part about restrictions…

Servicing on it won’t be cheap, and neither will be your fuel costs. So probably not your best shot. Although if that’s a parameter, I would go for something newer and more Japanese. Perhaps a GSR 750? Doesn’t fit the adventure part.

Or you could look at something like the çb500x is it? The 500cc honda that’s adventure tourer like. Might be able to pick up a 2 year old for that kind of money (haven’t looked at prices for those bikes)

A few other bikes to look at are the vstrom and the versus. Nice bikes. The vstrom was fine for me at 6ft 1.

Yeah having a look at the vstrom 650 it makes sense doesn’t it as I already know the engine and so should be easy enough for me to work on. Found an 11 plate for 3.2k and needs its major service doing, that would fit the bill I guess. I’m concerned that the added kerb weight won’t make it that it exciting on the twisties. Tricky that the tiger 800 falls outside my range. Seen a few round the 5k mark. I wonder if it’s worth stretching the extra grand?

I’m looking for more bike than the cb500x, and I’ve never ridden a versys but I did ride the er6 earlier this year. I really didn’t like it at all, to go from a character filled and rewarding v-twin to that thing was just depressing! That was actually the bike I failed my mod 1 A2 to A conversion on, and I was just really uncomfortable on it from the start.

My observer for the IAM suggests a Speed Triple, and while that doesn’t fit the touring bill per se, and would require an A licence, I’ve had a look online and it does seem you can get an incredible bike for comparatively little spend

Just quickly on insurance. I’ve obviously filed a police incident report, and I’m going to alert insurers that I no longer have the bike on Monday but I wasn’t going to disclose that it’s been stolen because at £1400 value less a £500 excess, it doesn’t seem worth losing my NCB when they’ll probably get that £900 back off me in premium hikes in the next five years. I’ve done the numbers in my head but an actuary friend is suggesting I should go through insurance anyway. Anyone here got any thoughts?

I don’t see not disclosing the theft to the insurer as concealing something that may affect my risk to them, because the crime incident report is now in my area for that motorcycle so the insurance company will have the relevant data. Sketchy legal ground?

But with your budget something’s got to give…

Read the small print on insurance carefully … the questions may be so worded you have to tell them its been stolen even if you don’t claim .ie Have you in the past five years had any blah blah blah irrespective of making a claim .

You will more thsn likely have to do a slow riding section on your IAM and if you can pass that test you can pass your licence upgrade .

Me_Groovy has already mention the TDM900, I’d second that it is a great bike.

yeah I’ll have a look over that this afternoon, ta for the heads up. What a ballache.

Yeah I mean I’ve done a machine control day and won the slow ride section by quite a distance, I think when I failed I was just so concerned about u-turning someone else’s bike and focusing on the discomfort. I could have just about done it on the SV, but while not a sports bike the steering lock did make those kinds of things uncomfortable and you end up looking like a gymkhana rider trying to getting it to go round. The thought is to buy an adventure bike with easy lock so I can do the upgrade and ride legally I’m not really too worried about it but right now, I’d rather buy a bike I can say is “restricted” but one I can also do the test on as an A category bike, because the amount riding schools charge for just a day of riding their crap is beyond reason imo.

I just read the MCN review of the TDM900, it looks great and is much more into what I’d be comfortable spending on a commuter workhorse. I’m going to watch a few youtube videos on it now, but I’m potentially sold. Any previous/ current owners on here that are willing to give me a long term ownership view?

Former owner here, which is why I seconded Me-Groovy’s suggestion.  Fantastically under rated bike, it is never going to set the world on fire (86bhp) but the power  delivery is good, and predictable.  Front rim is an odd size of 18" so tyre choice is slightly more limited than a regular 17", but you still have a great choice in rubber.  Tank is 20L and it is easily capable of 200 miles between fills I once had 264 miles on 16 litres on a long run upto Scotland.  Engine is solid and if I remember it is a 6K service interval.

Never commuted on it so really cannot comment on that.

The only downside was it could be a little top heavy, but you got used to that.  I’d go for one of the 2010 or later with ABS. 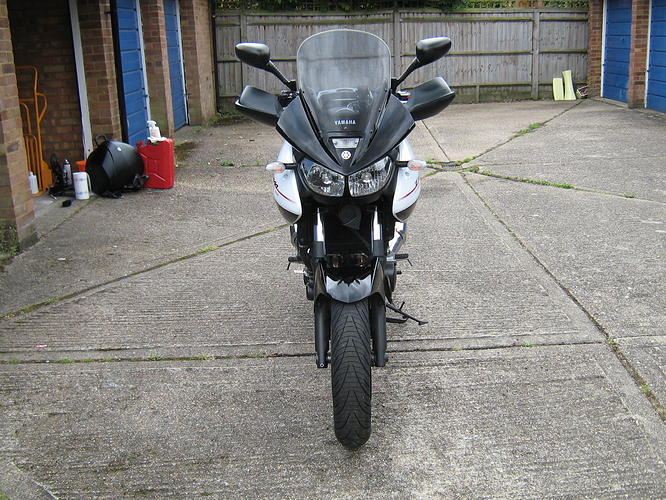 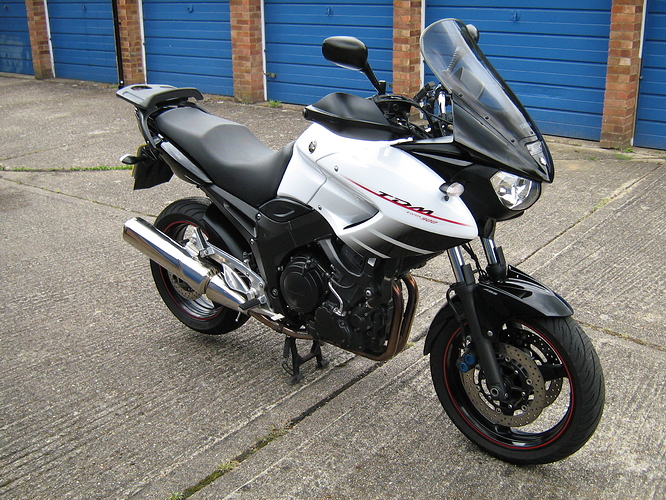 Hi Kev, your one was a lot better looking than others I’ve seen - can I ask what model year?

What is it about the 2010-on that made them better? I saw this one on mcn and thought about seeing it Monday but at 3700 I think it’s a fair bit pricier than other similar models https://www.motorcyclenews.com/bikes-for-sale/yamaha/tdm900/3506541/

Thanks Michael. I’ve only got myself to blame; I left it for 5 minutes in a quiet carpark but because the rain yesterday was smashing down I didn’t activate the alarm as it always goes off in the heavy stuff haha and I didn’t think I’d be gone long enough to put on the disc lock - lesson learned. If I’m to notify them, I might as well claim right? I’ve only got 2 years ncb anyway but I’m more concerned about adding another event to every insurance quote (wrote off a bike 3 years ago)

Mine was a 57 plate.  I’d go for 2010 or later simply because it will be some of the last models made and registered.