loving the noise from this.

So nice! too much talking thought…

fuk they talk aload of shyte

I’m not sure what to read into how little of the video is the bike, but I still want one.

I’m rather ambivalent about. Being a Honda it will probably close to £14K or more. The nearest competitor is actually the KTM 1050 Adventure, and the reason that I say that it’s because it has the same power and the power is key: they are both eligible for A license requirement of 35KW.

Unless Honda pull something extraordinary out of the bag with the engine, and fuel economy i’d go with the KTM.

The new model is definitely underwhelming, I’d have thought they would have been able to keep the mass down, and give it a good sized fuel tank. I’d be incredibly surprised if the new engine is as fuel efficient.

I doubt it’d be as fuel-efficient as the 750, but it is bigger by a third and makes that much more power so I’m not sure there ought to be any expectation that it would be. I think Honda are hoping that the extraordinary thing will be the DCT but nobody’s really going to know how well or badly that works until the thing’s been released and ridden.

I’d expect longer service intervals and better reliability from the Honda, and that’d definitely swing me towards that from the 1050, especially if the engine’s as characterful as Honda suggest it is - the 1050 seems a lot like it’s KTM’s budget bike, whereas the Africa Twin will be Honda’s top-end one, so it’s tricky to speculate much without guessing at the price of the Honda. At 12K it seems an obvious choice over the £11K 1050 (assuming I’m guessing all the details correctly), at 14K less so.

But I’m not hugely sold on the alleged HRC-colours paintscheme: 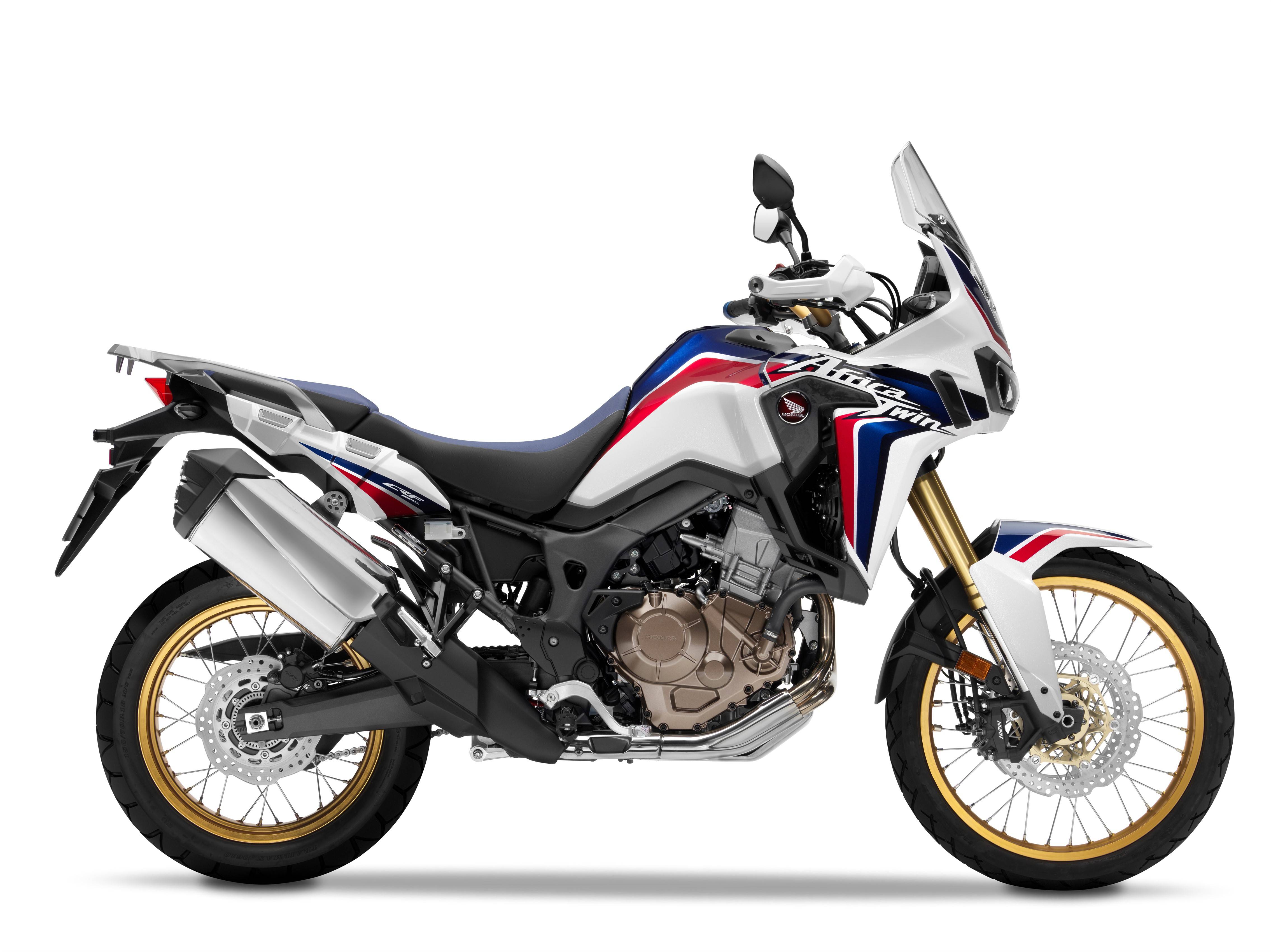 I quite like that. bet it looks better from the front

Well I imagine the service intervals will be the usual 4k. KTM is 7.5k.

Yes the bike produces more power but FI has become very refined and efficient since the 750 was introduced in 1989. Hence why we now gave 750s producing more power and getting 80+ mpg.

It will interesting once all the reviews come in.

The usual 4K? The Tiger was weirdly frequent at 6K compared to what else I was looking at last year and I don’t imagine they’ve gone down since. You seem to be doing lots of guessing at this bike’s numbers and then decrying them as poor.

Kawasaki? Is that still a thing?

Clearly taking on the Tiger 800 XC and the BMW 800GS.
Can’t say, based on the spec, that I’d have a convincing reason to drop the Tiger in favour of it but if I was after a new bike it would be right at the top of the list.
I wonder how it will look next to a Tiger XC- is it bigger, smaller, shorter taller?

18" rear wheel seems odd- easy to get tyres for?

18" is a ‘proper’ rear wheel size for an off road, like the 21" on the front. So off-road/adventure tyres ought to be good, but you’ll probably not get a pair of Pilot Roads on it.

4k is the usual Honda service OK interval. Both Honda’s I’ve owned had that interval.

My comments are geared towards the fact that the old AT was both iconic and highly regarded as a world tourer that was tough as old boots and could handle itself when the road ended.

I’ll also point out that the new AT has the same power as the Triumph Tiger and the 800GS is not far from it either.

Just wondering what market they are targeting.

What a nice bike!

Ah, no, no more HP but according to those specs above and a quick google it’s a good chunk more torque - 79Nm vs 98. I don’t think this has much chance of matching the old Africa Twin as an icon because it’s not a bike all on its own any more, it’s Honda’s late entry into probably the most competitive bit of motorbikes.

Even if it does get knocked off by something in the next few years qualitywise it’ll be a while before the icon of adventure bikes isn’t an R1200GS. But, moreso, adventure bikes are generally just road touring bikes - I suspect the Africa Twin will be better than either the Tiger 800 XC or the R1200GS off-road, but I’m not really sure who’ll buy it.

Agree with your assessment Avi.

Post tour I have been toying with the idea of having a bigger bike (more power, better comfort) than the Tiger, although won’t be changing it in the short term.
The GS (not the adventure version) is the logical choice- it does what it does well but the problem is the ubiquity- so many of them about that it kinda doesn’t feel special.
Literally 2/3 bikes I saw on the tour were GS’s.

I’d consider an Africa Twin but probably not enough difference to what I currently have to justify the expense.