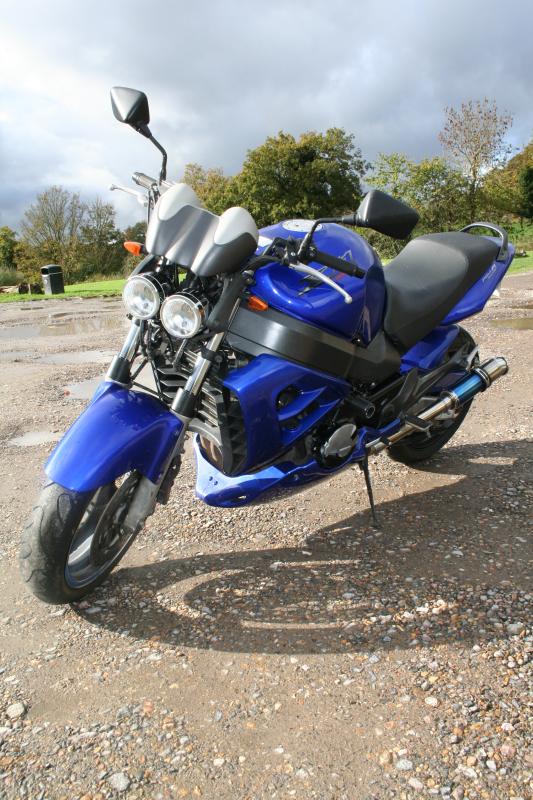 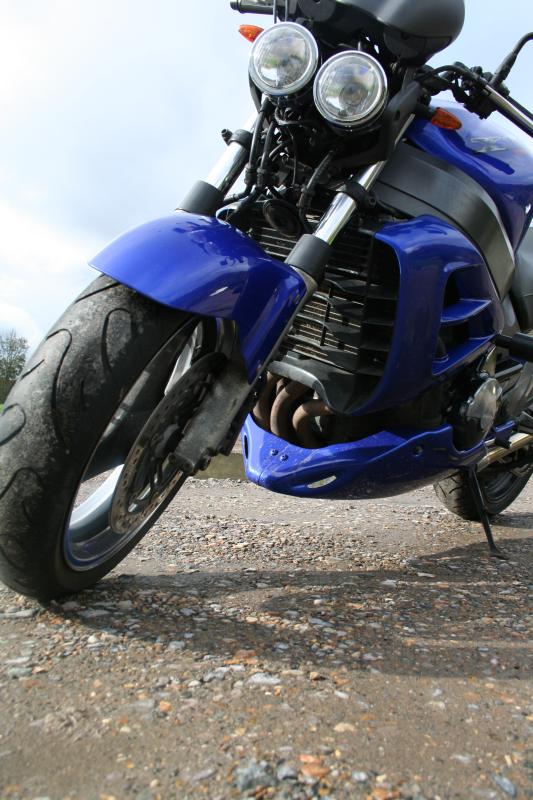 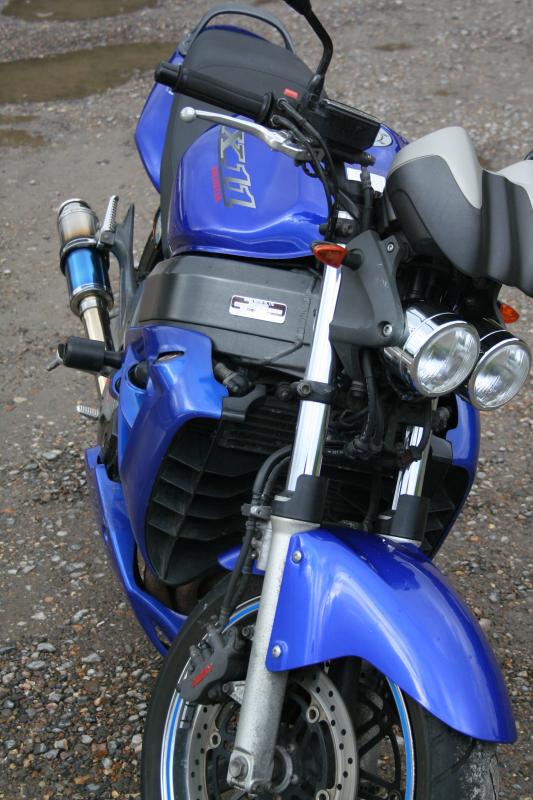 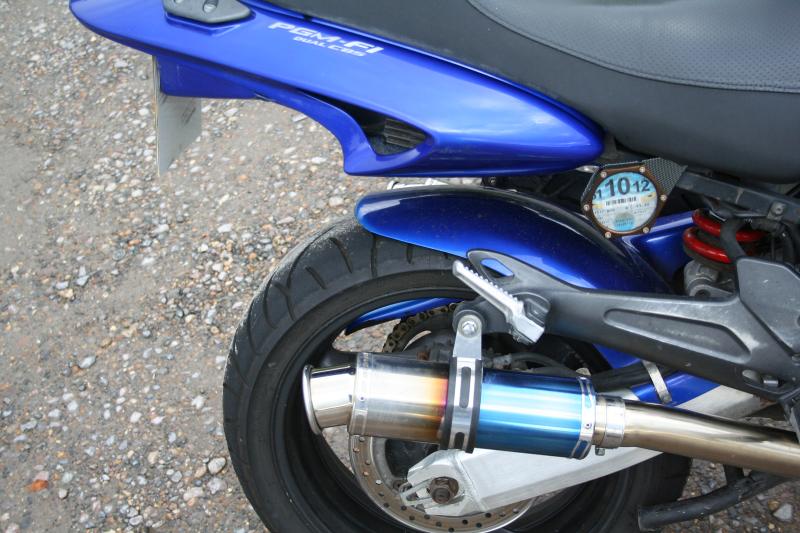 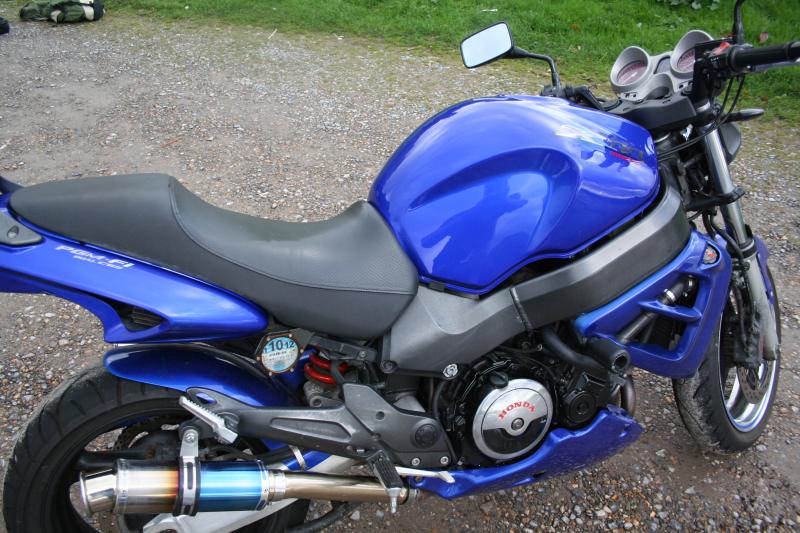 That would be ‘cans’,

They sound bloody awesome tbh. I initially took the baffles out completely, but that was a bit outrageous. So I took Rob’s advice and hacksawed the inner pipe of the baffles then put them back in. Lovely low rumble at low rpm, flick the throttle and they spit and crackle. Lots of attractive noise on the overrun. :hehe:

Don’t see many of these about. What’s it like to ride?

You bitch. I was eye these up as a replacement of my ThunderCat.

either that or get **** loads of yellow on there

130 something grunts will propel it at some 150+ oomphs

I think it’s gorgeous!
I like the look of the Yamaha Bulldog too.

It’s a bloody joy to ride. The weather has prevented me giving it anywhere near the full beanz, but in a straight line it is arse quiveringly fast. In any gear. At any rpm. You just tweak the throttle, the engine coughs politely, then catapults you down the road at neck snapping speed. If you are brave enough drop a gear and open the throttle the world starts going past in a blur, and things far off suddenly appear directly in front of you. It does well over twice the national speed limit in second gear.
It has linked brakes, I can’t tell the difference to be honest. I haven’t been able to lean on the front yet given the weather, but it feels quite positive.
Suspension on the front is a bit softer than I’m used to, it means I have to trust the bike a lot more given that I’m not really getting any feedback from the road. It dives a bit on heavy braking too. Heavier fork oil a possibility.
It seems to like corners too. Very comfortable to ride, sounds like Messerschmitt doing a fly by. The only downside to owning it appears to be the lack of clock

edit: and the increase in rear tyre consumption :crazy:

And 30 quid cheaper than the Trumpet to insure.

They are the nuts draw of the muscle bikes . I would have had mine much longer if that yellow Megan had not ended its life … the only reason I did not just get another one was an irresistably cheap 929 blade came along at the right time … it was not as much fun as the X11 .

Good looking bike that and loving the blue colour

Very nice and powerful indeed! And bigger than it looks on pics!
I know you weren’t speeding at all on the motorway but to keep it up with you I almost always had full open throttle!
mmm tempting me to upgrade…
:Whistling:

fitting mine this week

I think it’s gorgeous!
I like the look of the Yamaha Bulldog too.

In which case you may find this useful in regards to the bulldog…
http://www.opticalexpress.co.uk/laser-eye-surgery/hp-offer.html?id=email-uk-10995&gclid=COvP3-rZ27MCFUbKtAodTnoA9g