Cor digging out some old stuff here. I was 17 then lol 5 years ago. My first go on a sports bike and my first go on a track too. I loved the Ron Haslam track day it was an awesome experience.

Please refrain from taking the mic out of my pathetic lean angles. I intend to do it again next year and do a bit better this time! 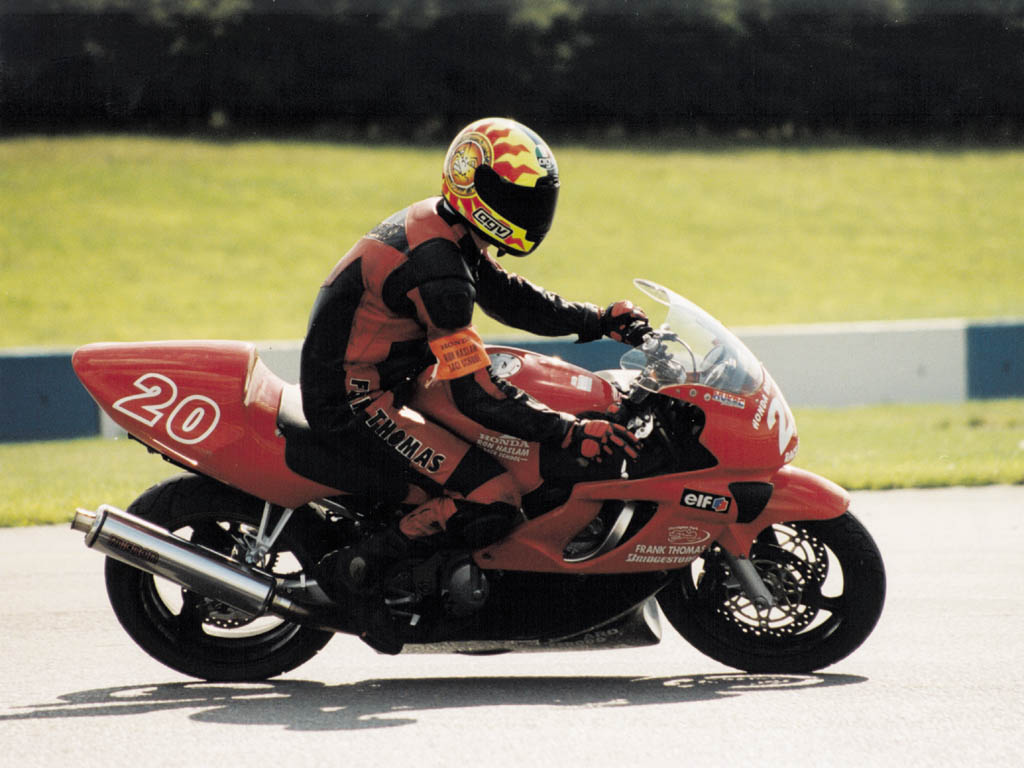 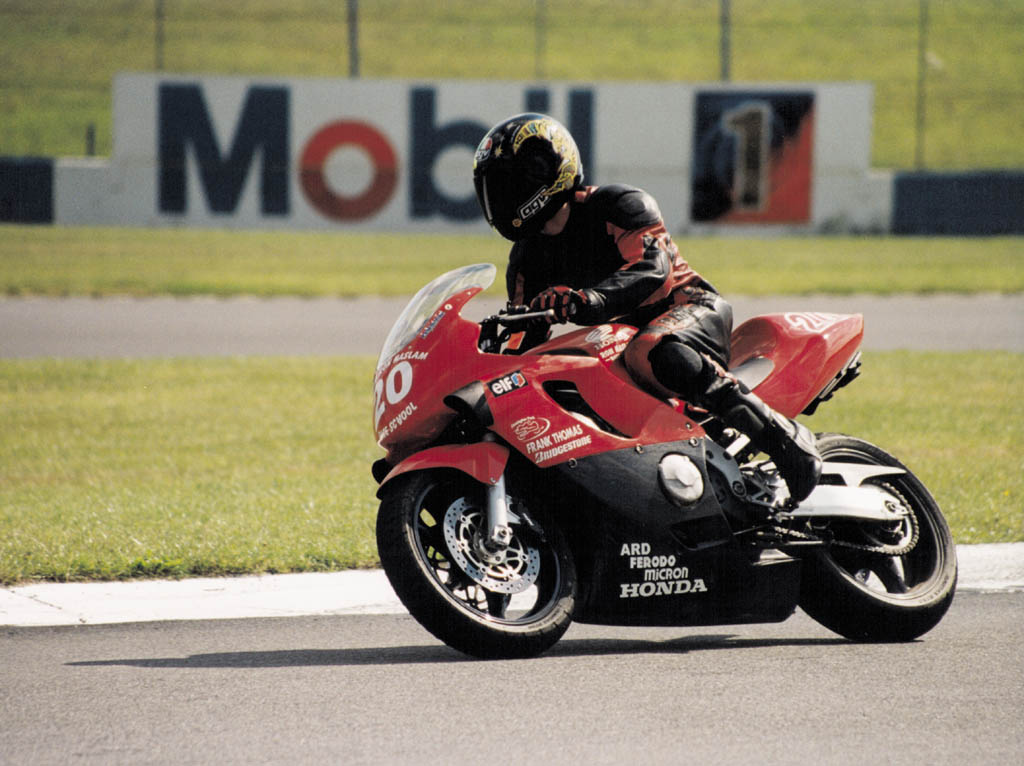 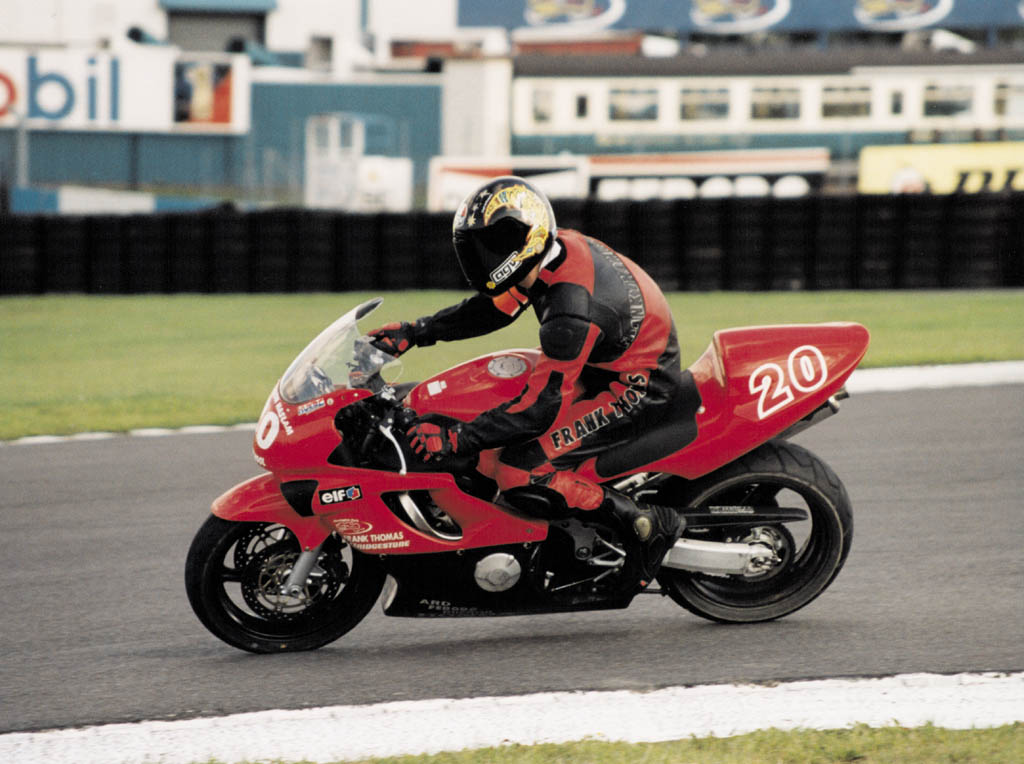 Notice how skinny I was there too! Those leathers would need to be 3 times bigger now!

17! Bloody hell, you lucky sod! I’d have given a lot to have a go round the track on a supersports bike at 17! Come out with us next year on the track Terry, you’ll love it. Like the Rossi-rep lid as well.

I know I was a lucky kid always had a bike to ride had been ridding on the road 2 years by then.

I love that Rossi rep lid too. I gave it to my other half when I brought my latest one. Doh!

Nothing wrong with the pics mate, I hadn’t been near a bike at that age. Its good to look back and be able to smile about it and have fond memories, hats off to you.

I am sure that there are some members here who shall be on track next year. A few went out this one. Watch the threads and then you can book up and go along. I may still do a few myself despite my racing, probably get a couple in early next year, February and early March.

zx6rj2-yellow… Those pics are nothing to be embarrassed about, I din’t have the pleasure of getting on the track till I was 30!!! Also the Rossi rep lid… I still have my one from 5 years ago!!!

I was about to say… 17?? and track days at the Ron Haslam school… cant beleive it… and then Foxy said she was over 30!!!
Somebody pinch me!

Bloody hell mate. You looks soo skinny. Emma’s been feeding you too many pies.

I know mate she is a great cook too! I used to look like Rodney at that age. Now I just have a buzz lightyear chin!

To Infinity and Beyond!!!

Take that damn tagline off, makes me sound like a super-critical git. Besides, it’s copyrighted.

You are an old critical git aren’t you? Isnt that what happens when you get old? lol

Doesn’t look that bad, I wish I could have got a go on a sports bike at 17

Sorry I have respect old man

LOL bet it was fun though

Was brilliant fun woudl love to do it again this time with more riding experience. I am thinking of going next summer! Join me!

I like the bike and the leathers! nice pics to keep forever

Wicked! … I’m quite a bit older and have never done a track day!