Motorcyclists ‘a danger to themselves’ say Oxford County Council

Got to love how motorcycles pollute but cars don’t. Someone in Oxford really hates us: 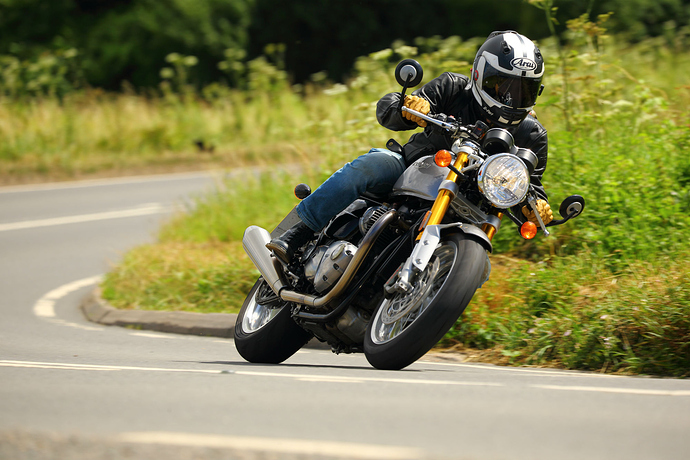 Motorcyclists ‘a danger to themselves’ say Oxford County Council

Standard police practice when compiling accident reports is to assign the primarily ‘at fault’ vehicle as vehicle 1 (with any other vehicles assigned vehicle 2, vehicle 3 etc.). In Oxfordshire, in 2014-2018 the following proportion of motorcycle accidents had the motorcyclist as vehicle 1: Fatal: 71%, Serious: 59%, Slight 51%. This suggests that the higher severity incidents were more frequently the result of errors on the part of the motorcyclist than the other parties involved.

That somewhat seems to support their statement that “Statistical evidence suggests motorcyclists are a danger to themselves.” However it is utterly meaningless as part of an overall strategy when it does not say in what proportion of accidents vehicle 1 is a motorcycle. Or what the similar percentage is for other modes of transport as vehicle 1.

Whilst it then asks as part of the consultation question whether “road safety campaigns on motorcycles be extended?” the document is leading and unbalanced. If starts by listing arguments for and against the use of motorcycles, but then only expands on the arguments against.

I would think any response made on the basis of replies to that question would have to be open to a legal challenge.

this is whats really annoyed me about the ulez arguments that have (mostly) stopped now.

bikers would always go on about how they are the solution, but modern bikes pollute more and use more fuel then modern cars. The last decade of development in the bike world is for performance (largely) where cars have chased emissions and economy.
bikes are not the solution for polluted city’s, even though you really want to be able to use it in a city, public transport is (and maybe electric vehicles)

Having had to deal with Oxfordshire County Council since the late 70’s, they have always been anti motorcycling, so this is nothing new.

They are also seem to be against road maintenance, you can always tell when you cross the border into Oxfordshire.

They seem to have withdrawn their comments…https://t.co/8WmK2LTzXp?amp=1

Here is the new document

It still has the section I noted above, in which it misleadingly implies that “higher severity incidents were more frequently the result of errors on the part of the motorcyclist than the other parties involved” by excluding accidents where a motorcyclist is not deemed the primary causes by police, nor putting it in context of how many accidents involve motorcycles.

It is just as leading as it was before.