Now this is a work of art! I’ve invited the owner over to LB, but just check this out, amazing stuff…

Notes from the owner: 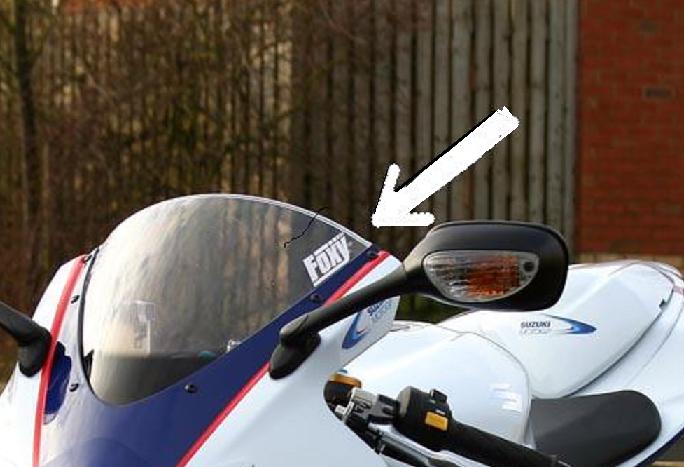 Pete, for sure, Crescent aren’t the managers, though the Crescent owner, Paul Denning does run it. Crescent are also a component provider and sponsor now as well, so there’s a pretty close tie-in. Crescent sell these fairings as well.

The owner is waiting on other parts, i.e. exhaust system, and hopefully some crash-bungs! Gives me some inspiration, but not for now, need to recharge the bank balance after the recent rebuild.

Rottie, no! Pure conicidence! Funny thing is, Foxy was reading a bike mag the other day and saw a review of a MotoGP replica K5 and she loved it, then we see this… weird!

Top looking bike, once its finished can we have some more pics Jay ?

, nealy makes me want to get rid of the Mille

Well while they’re supplying the factory team with screen screws and foot-pegs, I guess they should be pleased they’ve got nothing to do with with the MotoGP motor - the 05 version was ****e!

I’m hoping the 06 version is better 'cos I think hopper is a fairly decent rider and I’d like to see what he could do on a bike with a decent motor. (Although wether that money would be considered well spent with a all new motor being required just to get to the grid in 07 is another matter.)

Don’t forget the mudguards, they supply them too

yeah, the GP bike is a load of crap, and makes me most unproud to be a Suzuki owner, but hey, what can you do… The '06 will be better, but no more than the 5% better that you need to keep up with the crowd, and they’d need more to pull ahead from their deficit. Next year will be VERY interesting, there’s lots of riders moving around and people on completely new bikes.

Hrm, how nice does this zook look? I’m digging the front end, I bet it turns and stops on a sixpence.

Sweeeettt!!.Even you looked like “Golum” frm Lord of the Rings , you’d still be able to pull if you’re riding this puppy

Talk about a poser bike eh? It probably is totally terminal on the track too. GP next yr will definately be interesting, Vermuellen joins Hopper for Suzuki… right?

LOL! Have you seen Hopper! He needs all the help he can get! And now his team-mate has the biggest mole in racing!

It’s the odd-squad! Seriously though, it would be great to see the Suzuki near the front.

MMmmmm very sweet looking bike, brakes look awsome, one finger jobbies and then over the bars you go

LOL Team Adams-Family !! Hehe, but at least you can get a good look at the Suz as it crawls past.

But that K5 is a shiner, very very nice. Have you ever fancied a new paint scheme Jay? Make it stand out a bit in the large gaggle of GSXRs?

And do I presume that salt rots magnesium wheels ?

It’s rumoured to be the case, that salt corrodes magnesium rims, yes. If I was to upgrade the chassis any more, it would be to carbon, without a doubt, they’re incredibly light, and look the muts nuts. And yes, I have fancied another paint scheme, an LB one! But I’m not sold on that idea yet, I like stock bodywork, makes it easier to repair if you stack it

I had Mag wheels on my 916 (Marvic) and back then I used the bike a lot in the winter.

Trick is to wipe them over with WD40 after you wash the bike.

TBH, the paint on them is just as protective as paint on a STD wheels, it’s any scratches you pick up on them that you need to be carefull with, Magnesium reacts pretty quick if exposed.

Jay, the carbon wheels to go for are BST.

oooooooo very nice, I hope it goes better then one of the GSVR’s

thanks for the invite across, nice to see there’s a thriving community here.

I can’t wait for the spring to start, I need to spend some serious time on setup to get my bike dialled in.

I’ll drop in regularly to see what’s going on.

Welcome to the site Stuart, That’s a nice bit of kit you have matey…