We all have a special place in our heart for our first bike - doesn’t matter how crap it was, how badly it ran, or how many times you dropped it - you still love it and wish you’d never got rid of it

So here’s a gallery for us all to post photos of our first bikes - I’ll go first - this is my <a href"http://www.bikez.com/motorcycles/cz_125_1997.php">CZ 125 - I bought it brand new in 1997 for £850 from a little dealer in Cardiff. It lasted for 3 months before the engine blew up. It had proper old fashioned tickler carbs and was a bitch to get going in a cold valleys morning.

I guess this was the for-runner of todays Chinese efforts. 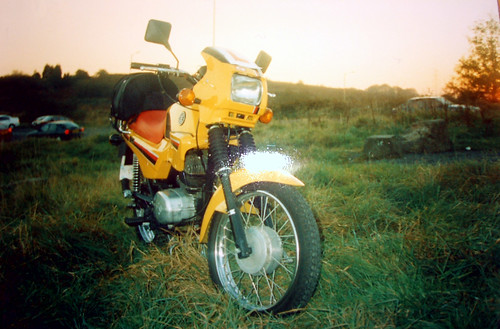 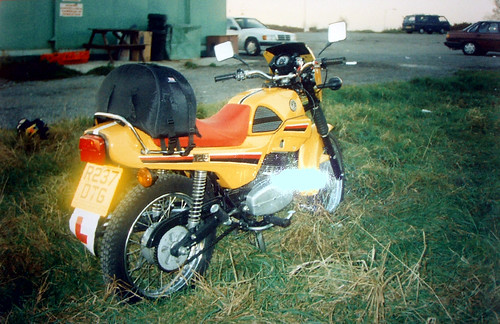 mine was an RD350 ypvs, i cant do wheelis but that bike did them for me, o yeah and it was a kick start no electric start

will add a pic to this post from other computer later

well mine was my trusty honda varadero xl 125, i bought her brand new in 2001, and in that time up until 2004 we clocked up 48000 miles together before she was forgotten about and left in devon…

i guess my first proper bike was my beautiful ex fazer mk1, i bought her with 50,000 miles on the clock, and spent so much time making her look and sound nice, its true what they say, the oldies are the best! 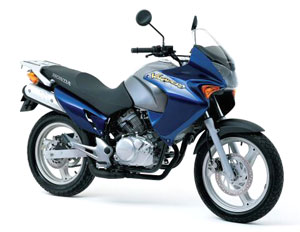 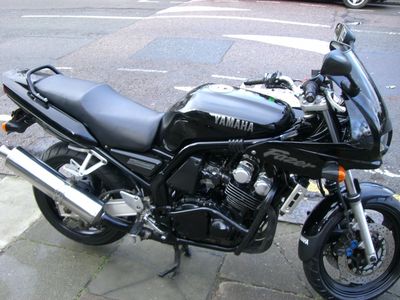 'twas 1989, and I fell in love with a Red Honda NS125R in my local Honda dealers, bought it, and ran it into the ground. Don’t appear to have any photo’s…I do miss the old two strokes though, It had loads of power between about 11000 & 11250 revs,none anywhere else and needed a rebuild every 4000miles…

Here’s min… Well a similar one… 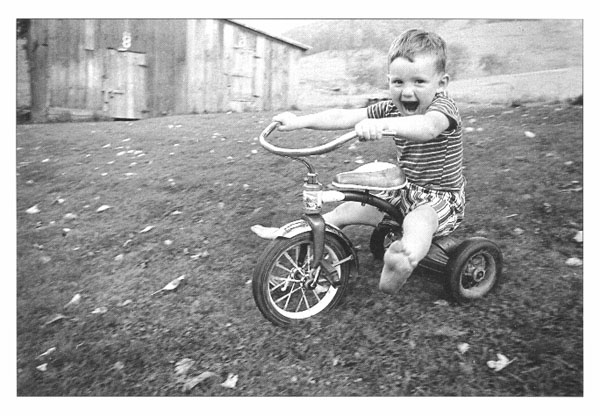 1st Road bike was a Fantic Caballero at the age of 16. I could fill it up and get two squirts of 2 stroke mix and still get change out of a quid…lol

Tricksie - what a beautiful bike! Much better looking that my old CZ!

Come on guys - out with the photos !

Patrick - yeah loving yours dude - don’t you still have that?!

My first bike was given to me when i was 10 years old and it was something like this a Puch 50cc.

very nice! I remember the first one Westie!

Aww and i still see her now at the ace, and still carrying the LB Livery!!

John - I can’t see the picture of your Puch. My first bike was a Puch M50 Sport just like this one -

mine was only a few months ago. My lovely Thundercat. 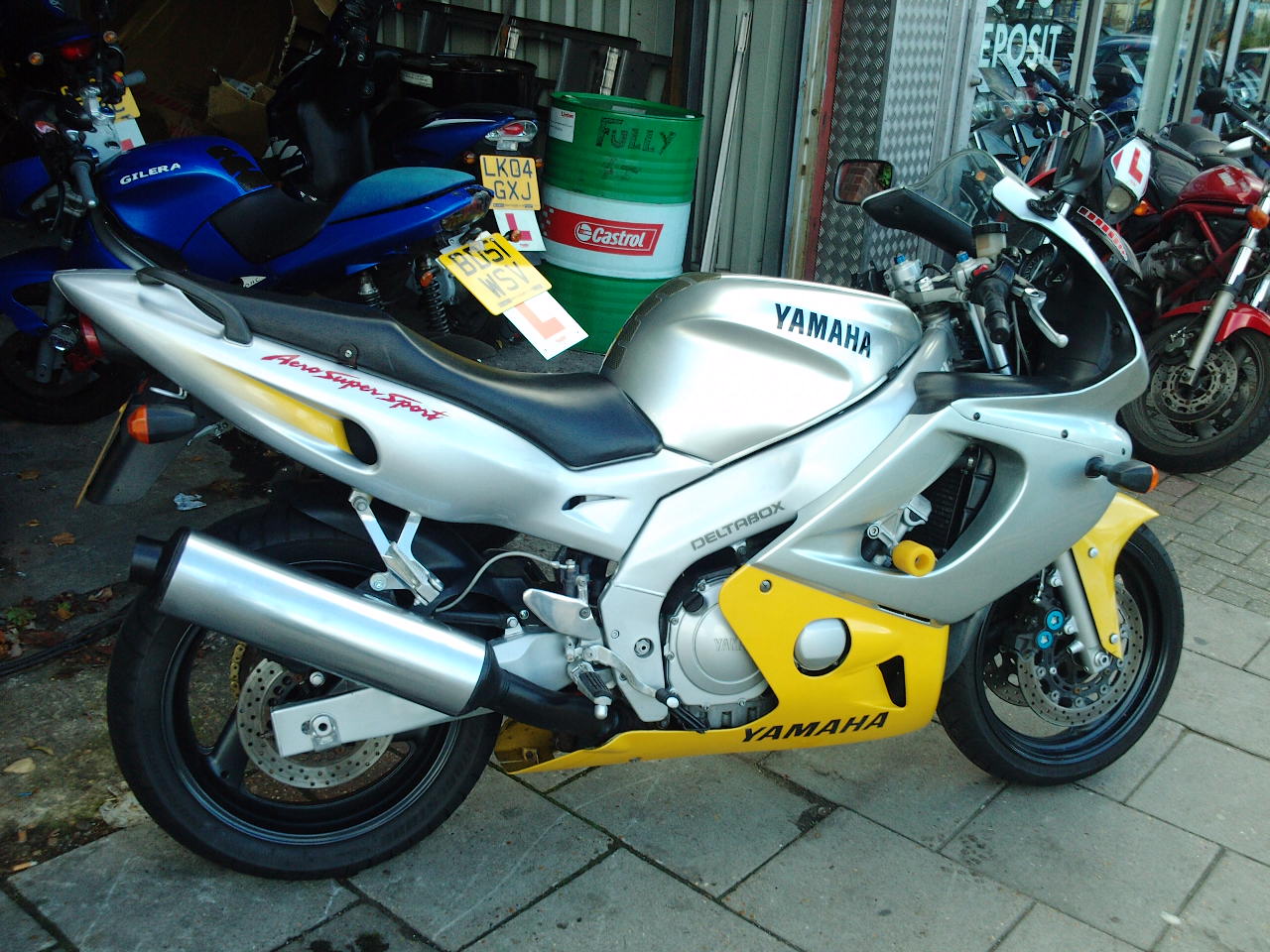 Can’t believe I started on this, but I don’t have fond memories of it…It was a pile of poo and the engine went pop after about a month of owning it 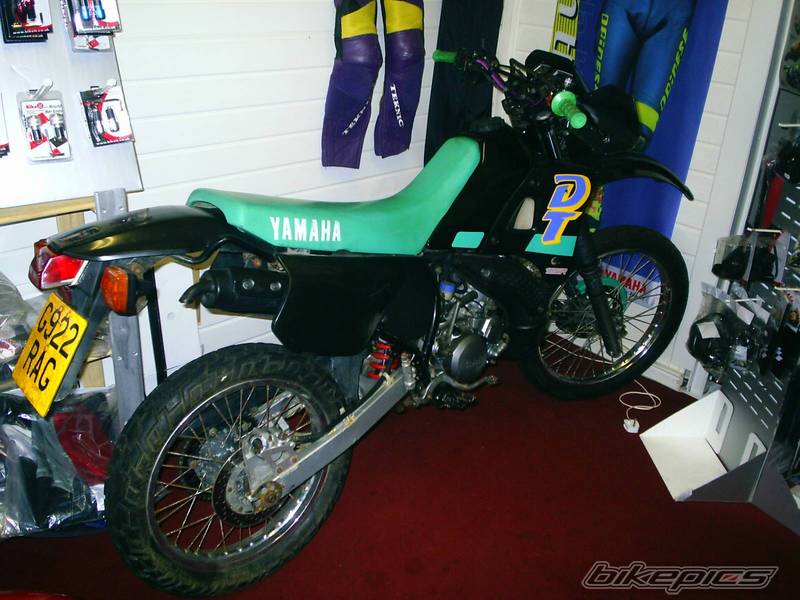 Mine was a Yamaha RXS100 like this that I bought for £280. They’re usually 98cc but the fellow who had it before me said he had rebored the engine out to a 103cc, giving it a whopping 78 mph top speed!

Bought it a couple of months before my 17th birthday, chucked it in the back of my mates van and taught myself to ride it in the Ally Pally carparks. Ahhh the memories.

I rode it all the way over to the north west coast of Ireland the following summer where it remains to this day. 3 of my mates over there were so impressed (we were only 17) that they bought an RXS each and we used to have the craic racing them, but my extra 5cc meant I had the edge, and I used to win pretty much every time. When I got back to London I ended up buying 2 more which were both nicked from outside my door. Gutted.

Man, those bikes were great, not qute the same buzz as my sv1000s, but great all the same. 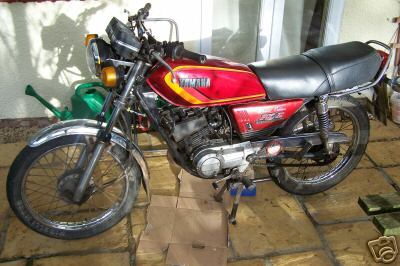 Lost any pictures I had of my first bike but found this, same colour and everything,. but the girl I’m sure mine was a 74 model built in Germany better than BMW 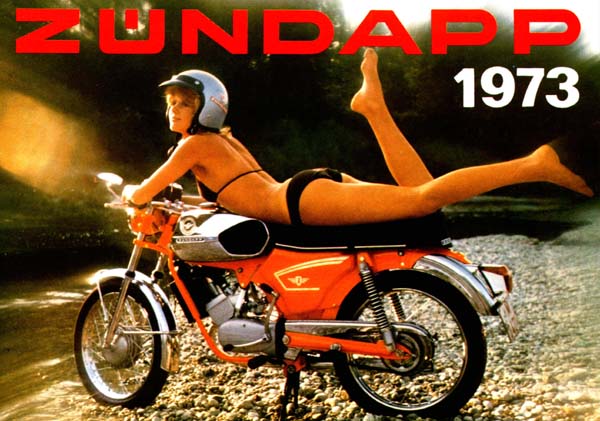 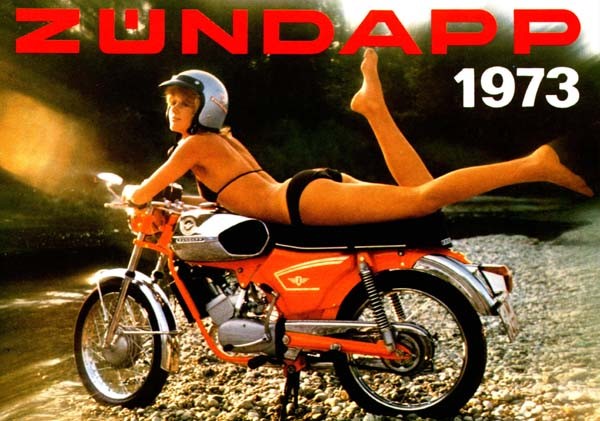 This was my first bike. Yammy Thundersplat!