I’ve a list of modest bikes I’d like to own one day, just from reputation etc. One of those being a blackbird.
Won one on ebay that was the Crawley at the weekend. Went down to pick it up, it wouldn’t start. Bloke was very apologetic about it, paid for my train fare etc.

Found another one 30 mins from home. Looks nicer, £100 cheaper, 10k miles less. FI not carbed. Won that and picked it up tonight. Dear lord it’s absolutely as fast as everyone says they are! There’s no sense of actually building up speed, you just look down to find you’re being a naughty boy already. Going to enjoy owning and actually riding this, then move on to something else. 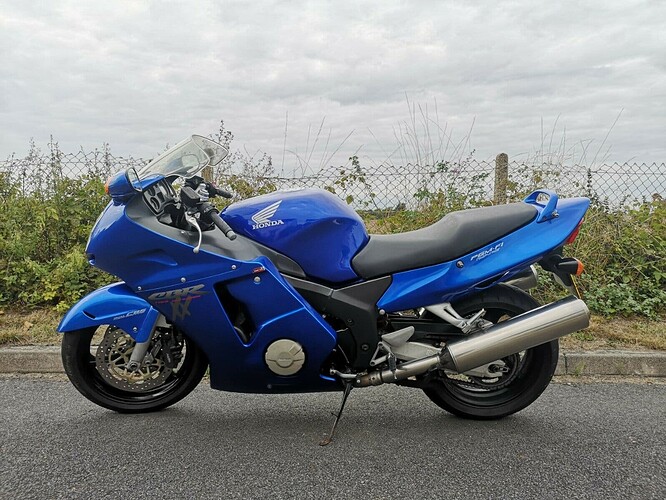 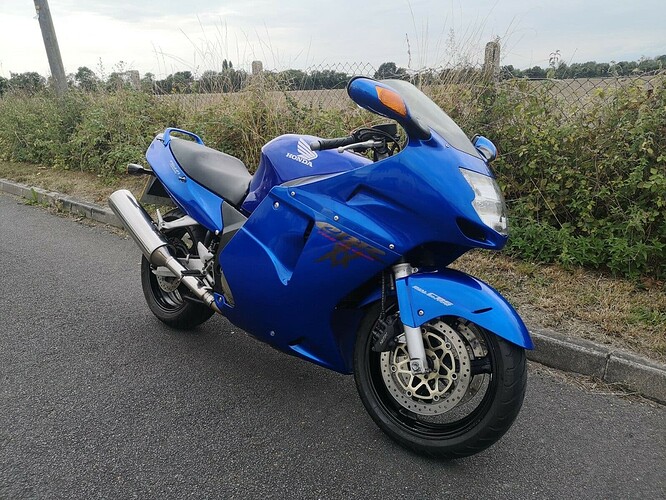 Only mods planned are a wingrack for luggage.

Cans, it needs cans. And maybe some brake upgrades (lines, fluid, pads, etc) for when you inevitably find yourself going far too fast for the conditions

Is that a first? me_groovy manages to break a bike before he even owns it!

That’s a novel way of putting it, and yes. I did!

It would sooner commit hara-kiri than face the shame & dishonour of falling into Mian’s hands!

That’s what she said

That looks brilliant. It may be worth getting some cheap end cans, for two reasons. Firstly that you can ensure the original cans are kept in good condition, should you wish to sell it later. Secondly, they look like torpedoes.

That is such a good purchase Mian.

Aceman, you are forgetting one big issue, it is now in Mian’s hands. The cans will stay nice and shiny, it is the rest of it you need to worry about

Whatever you do Mian, don’t take it to the IoM!

There’s hope for this bike yet!