Hopefully I’ve set this up correctly, there should be a mini league called LondonBikers2017 - password: BMwed17

Doh! details have been updated

I have to accept any additions to the league, so if you don’t appear straight away I haven’t got around to clicking a button

Did you see my request?


Did you see my request?
DangerousB

Racing starts this weekend, get your teams setup!

Think I have joined:)

What can I win😃😃😃😃 commuter-boy 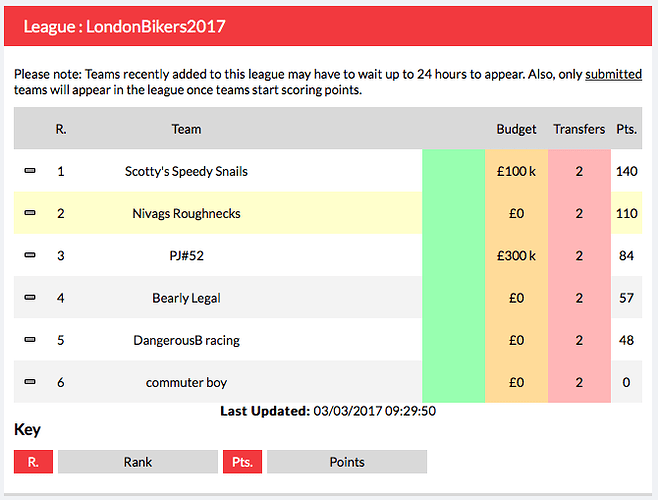 This could be my one and only chance to gloat

Fantasy leagues stress me out