this might be a stupid question… but I keep reading about how you need to match engine speed/gear to selected road speed in a variety of situtations (cornering/using engine to slow down).
but cannot find how you know what that speed is and when you have matched it.

Also how to do it… i assume that when slowing down it means “bliping” the throttle…what about cornering? im confused… :S

There are 2 issues I think you have raised.

2nd point is to be in the correct gear when doing any manouever so that the engine is responsive and you are in control.

A lot depends on the bike but typically a bike engine needs to be in the middle of the rev range so the engine is not labouring when you are at a steady speed (ie not accelerating or braking. This will give you the best balance between engine braking and acceleration.

In addition to the others, and probably more specifically your question on ‘how do you know the speed’ - it totally depends on the bike, rider and conditions, and you dont actually know for certain.

To test this out Ride on a straight road with not much about, get to 3rd gear and say 8,000 revs (assuming a 12,000 redline, change to suit yours), now start breaking, not massively hard, and the revs should start coming down.

Now if you were changing down a gear before you came to a standstill, you need to increase the revs during the gearchange to ensure that the biek doesnt lurch. To do this, pull in the clutch, give the throttle a quick blast (literally 1/4 or 1/8 turn open and shut) while you change down, then release the clutch. Now you probably wont get this straight away first time (bike might lurch), but will give you the principle.

Practice whiel you are coming to traffic lights, etc then you will soon get the hang of it. The principle is that you can go into a corner faster (higher gear) brake, keep the revs high and bike steady as you select a lower gear, progress through the apex and have good drive for the exit of the corner (lower gear)

HUmm, must be bored at work…

You see Paul, matching engine speed to road speed is like making love to a beautiful woman.
You’ve got to caress the throttle, avoid getting over-excited, wait patiently for the right moment, and then when the coast is clear, give her some juice… 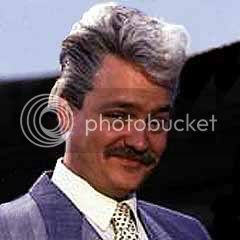 What you are talking about are whats called rev-matched downshifts. Always have done it in cars, and always do it on the bike as well.

Not to mention the obvious “mechanical sympathy” aspect, it also lets you do things like down-shift in a roundabout while you are cranked over without upsetting the bike.

Takes practise, but I consider it essential riding technique. Get it perfect and something like a

…will be totally smooth and natural. Not to mention, it will prolong the life of your clutch.

Oh, here’s a question for the mechanically wise: in a car I usually push the clutch first, THEN blip, THEN select the lower gear (which will then go in almost by itself). On the bike I notice I pull clutch, select gear, THEN blip… My understanding is with a bike’s sequential gearbox this isn’t an issue, or should I blip before I kick the gear in? Seems awkward for some reason… or might be a case of bad habit… but at least I match my revs before releasing the clutch

have a look on this thread

clutch in, blip and change gear, clutch out

its nothing to do with cornering mate, you defo do not want to be doing this with the bike lent over. get speed, gearing, bike speed and the suspension settled before you enter the corner

Thanks to all for their replies much appreciated! I agree that with practice everything will become second nature…

one last thing is it possible to lock the backwheel during downshifitng? (i was told this by my DAS instructor)

yep, but more likely to be an issue when you’re braking at the same time.

being able to brake whilst blipping and down shift at the same time you have to actively learn, its not something that comes out of natural riding TBH.

slamming down a gear is a bit like putting the rear brake on. the slowing engine retards the rotation of the rear wheel via the gears/chain. if that force is greater than the grip at the rear (e.g. when braking hard on the front, or in the wet, poor tarmac/tyres, bike is leant over, twin vs a 4 etc) then it can lock

if you didn’t see this on the other thread check it out, very well explained:

You will never lock the rear wheel from downshifting. It will still be turning, just not as fast as the road speed so it could be skidding and have the same effect as locking it with the rear wheel. Just that locking is the wrong term and the difference is if you know what to expect you can let it happen and let it sort itself out as the bike slows down, which will never happen when you lock the wheel with the brake.

haha yeah, stu’s right on that as it goes. its just the terminology/physics can get a bit confusing at this point

technically speaking if unless your slide is the result of hitting oil/ice etc then you haven’t lost traction, just dimished it. the wheel is still spinning so has gyroscopic forces, as the slide progresses there are less and less centrigugal forces at play and more traction becomes available to the tire as you slide. the slide should end by itself without changing the throttle. its actually the technique used to back-it-in (not something i’d recommend you try by the way!).

all great in theory but in most cases the slide is either over before you know it, or lobs you off when you freak and chop the gas creating a high side

but getting a bit ahead of ourselves now!

so in short yep, smoother ride, less of a jolt to the clutch, suspension stays more settled (also helps with two up riding) and gives you more traction, esp in the wet