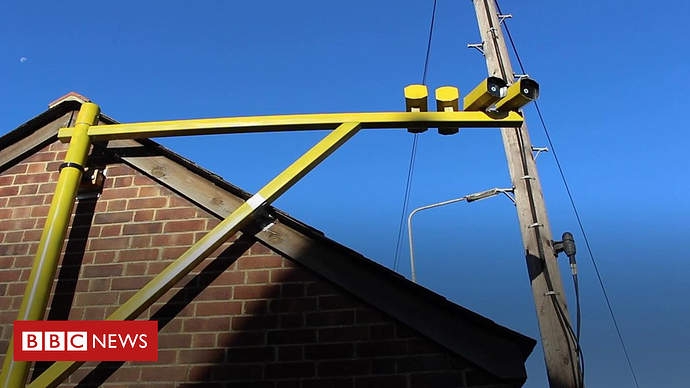 Mike Lacey made the fake camera using drainpipe and guttering to stop speeding drivers on the A1.

you got to be some idiot to believe they are real

It’s more of a psychological / subliminal message to slow people down.
There’s a couple of villages in Kent that have mannequins dressed in hiviz which if travelling at speed makes you double check.
This could be perceived as a distraction though and possibly cause an accident.

Fair play to the guy

He’s probably got one of those ‘Polite’ vests as well.

Nah he was annoyed and he did something about it. Shows initiative and bloody mindedness. I like that.

The one that used to be on the CNBR sticking out of a hedge looked like a GCSE woodwork project.

Buy a house on a busy main road then spend the rest of your life whinging about the traffic.

I remember a couple of years back the A40 road works London bound as it leaves Oxford the road gang painted a cardboard box yellow and set it up looking pretty much like a proper speed camera. They then made up their own safety camera signs and 10 mph speed limit signs. The by-pass ground to a halt causing early morning and late afternoon grid locks in the area. It got so bad the authorities had to step in.

There’s a mannequin, with hiviz, in Tattingstone on A137 near me. It definitely slows down cars who don’t know it’s fake.

The local villagers have started to do those camera thingys where you get a letter off the plod if you are caught.

Some people need to get a life…

Made a few slow down though !

and how do you know about such letters?

A local postie kindly explained the ins and outs

Yep, an old fart with 40 quids worth of guttering is more effective than the local plod at policing speeds.

If it’s found that the cause of an accident was because a fake speed camera caused distraction, then i want all the speed cameras taken down in the country.

That’s been done and many accidents and close shaves have been caused through drivers being unaware of the speed limit when approaching a speed camera and sudden last second panic braking to 10 or 20 mph below the speed limit to be sure to be sure not to collect any paperwork.

It got to the point where speed cameras became so dangerous the authorities had to do something and rather than admit the dangers and take the cameras down they commissioned a survey to prove the effectiveness and changed the rules. Speed cameras became safety cameras, they got painted bright yellow and new legislation was introduced on where and how they should be sited together with rules for the siting of warning signs on their approach.

But it It still goes on. Check out your local safety camera and observe the random braking of vehicles approaching it!

He should do this:

Wonder what they’d come up with to charge you for?