LB number plate cover! Give me your opinion guys

I got this sample today! It’s a bike number plate cover. You all know that your plate can be cloned, don’t you? LB thought on a solution! So next time you go to Soho nobody will ‘clone’ your plate!

What you think boys and girls? I haven’t apooved it yet…

Sorry about the pics! I was really cold and used my mobile! Just got it really! Loved it though 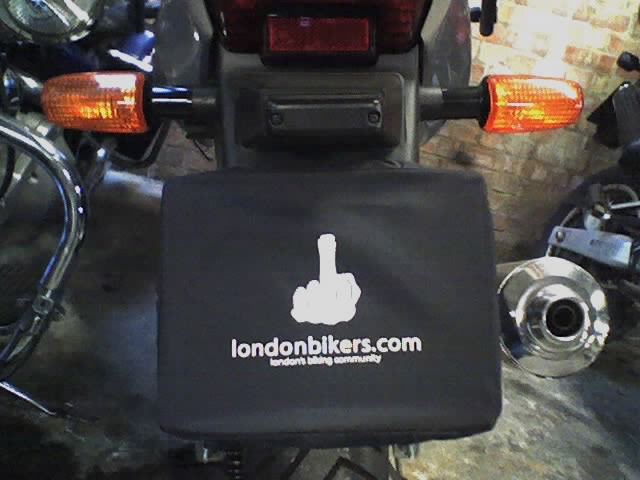 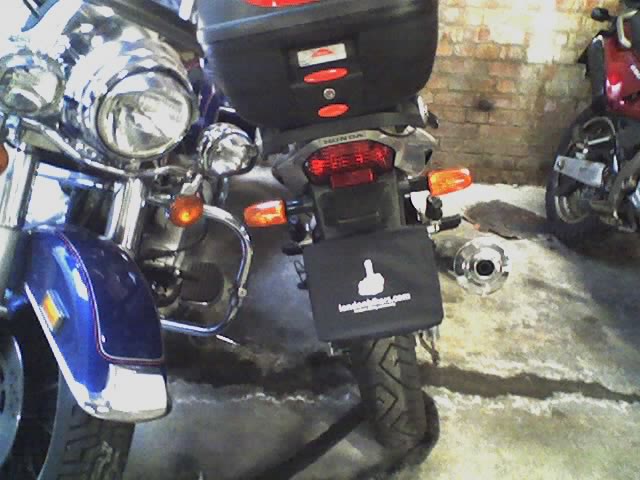 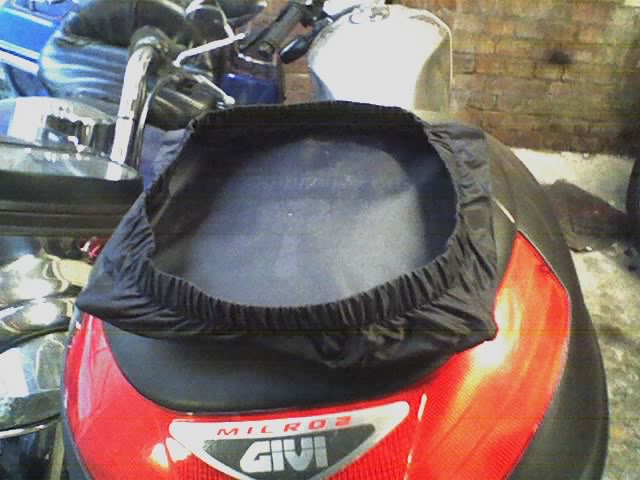 Do they come in smaller sizes Cezar

Mate they have this elastic all around it and it will grab a smal plate, yes! It fits a normal ish plate perfectly, on a small one it does too, as on the horizontal the plates are almost the same, on the vertical it will get a bit loose but the ‘‘logo’’ is still visible!

Nice, will the final product have the chav salute as pictured or the LB logo ?

lol! The logo has to be one colour only! It has to be the way it is! Let’s be honest here! When the *******s get near your bike with the intention to ‘clone’ your number plate, you don’t want to show them LB’s logo do you? lol

I will enquire about a LB logo as well

Just a thought. would be happier it told them to “Have sex and travel” although perhaps a little less politely.

I think maybe giving the slightly wrong impression…‘first impressions’ and all that…does LB need to give the finger to the general public?

Well I will only use it when parked in soho or similar but that’s a point! Actually that’s what I want to know from you! come on guys , let me know what ya think?

Also doubles up as a shower cap. You guys think of everything

how much are you thinking of banging them out for mate…

that logo would be good on a t-shirt too…

but as said,the wrong impression and all that.

from afar it looks like a finger but up close its downtown…what ya think?

We thought about that mate! Thats a grat idea actually but the fact that we have to work on one colous only restricts a bit. If you provide me the art of what you are talking about I can try it!

The price we don’t know yet as it does depend inmensilly on the quantity ordered. But i think it shouldn’t be that much.

Now that’s a good idea. Perhaps too elaborate to print, who knows. I’m not sold on the chav salute thing either but I’m old.

I’d still use it tho…

I love it Cezar… Great idea… I also agree about first impressions and all, but the idea that smiled came up with about turning the finger into London landscape is good! From a distance it will still look like the finger???

So let me get this straight. You turn up to Soho and then put a rude shower cap on your bike?

you liked the idea? great…!!! i thought about having the middle finger as the hsbc building in the dogs…and maybe the thumb as that weird round building next to tower bridge…both famillier landmarks of london…that sort of thing…i will breakout the crayons tonight and post when finished…

You’ll have to try it sometime

You see all sorts down there. Even beavers.

He’s right, you do, especially the Beavers. You also see Sonic’s beaver friend from time to time.

Great idea, but maybe just a silhouette of the city with the web address underneath, or something like “Sorry, not this time”.

But the idea is great. Well done…

The logo can be changed! If you guys don’t like it we can sort out another logo! Lets come up with the ideas then! I liked the one of transform the fingers in london buildings…I guess it could look like the '‘finger’ from distance and if you look at it with the ‘right’ mind…

I think if I wanted to clone your plate that wouldn’t stop me.