Laugh of the day .. police man down

So there I was with the kids at the park ,doing the good dad thing ,pushing the swings kicking the ball etcetc … When suddenly the the noise changed from children running in circles giggling … to a loud bang and lots of laughter . …Seems that the gate that is wide enough for everyone else to drive through and enter the car park, and we all find the big yellow post makes it quite visible and easy to avoid hitting , but it’s not good enough for a police driver :w00t:

The downside … our tax bill :ermm:

Gotta love when that happens… 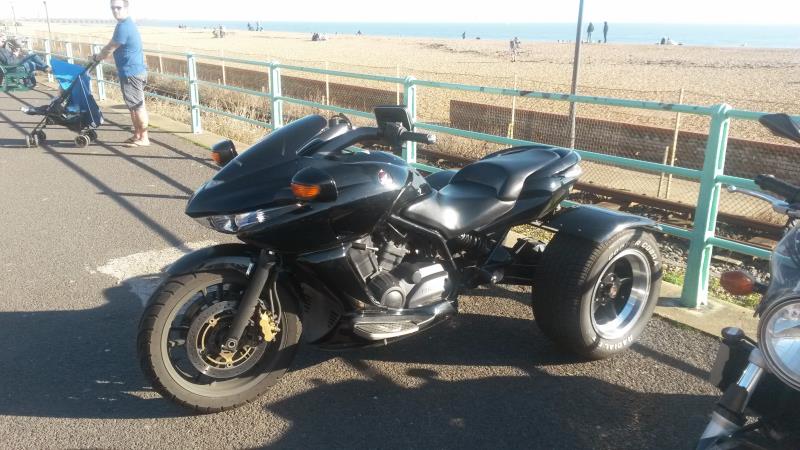 So much for advanced qualifications

Was he in high speed pursuit of a squirrel?

It’s a 5mph limit on that road …however there is a McStinkyburger …so perhaps he was rushing for his lunch .

I reckon the car slipped in the shower

Ohhh done some damage too…

I saw the 2 forum posts together… ‘Laugh of the day… policeman down’, and Slacker’s post ‘Off duty police officer injured in crash’, and thought you SICK ****** NumNum. Then I realised :hehe: :hehe: :hehe: :hehe:

That will be a “blameworthy accident” in police speak.

I see many forms heading the drivers way.

I have since found out that the driver was one of the billy big bollocks from the station with extra merit badges .

Shirt seems more pcso than anything … ps is it just me that thinks with regards to the other thread regarding an injured police rider the title of this thread is a bit conflicting .?
no offence to the nosofa rider

That driver is going to drown in paperwork…

Probably going to be walking the beat for a while too.