On my way from Chiswick to Richmond last night I got busted. It must be around 1.20 or so as I was riding along Kew gardens “no traffic” I noticed a car on the right side of the road and I seen also 2 person outside the car. If there was any sign of a second car I properly slowed down. But as I did not see any other car I kind of ignored it and carried on my way. Too late there he was right in front of me Police oh s*it. He jumped right in front of the bike. Stop turn of the. I will be dealing with you in a minute.
When he returned he was pi…ed off because he did not have any prove how fast I was going.
His 26 year experience told him I was going at least 70 to 80 in a 30 zone.
So here we go, tinted visor small number plate no fairings or mirrors on the bike but still road legal looks a bit ruff at this time but everything works.

Had to stay there and take it. And now I know R1 riders are drug dealers and firearm smugglers. Apparently! Long story £30 fine for smal number plate I believe I was very close to get Arrested.the way he went on.

So what did we learn from this story??? Be more aware of your surroundings because they out there to get you!!!

So how fast were you going?

I am no doubt gonna be moaning loud as was on 406 got flashed twice, not sure if it was for me, for the amberish light I was to afraid to brake at or the maserati trying to goad me into speeding.

Wish I was more sympathetic to M9 now.

I got done by traffic light camera, but I am sure the lights were green
(signal aspect had changed so I saw no reason to stop for the red+amber)

And I know the A307 Chiswick to Richmond run and I admit I don’t look at my speedo at night I used to see my girlfriend in Kingston and I live in Brentford.

I’ll take it easy from now on…

He didn’t see the speedo with a tinted visor

might not go down to well in court though…

Sounds like you got off lightly, V2. I know that road very well, and it’s deceptive, it feels like a 50mph road, and one you might take faster at night with good conditions, but it IS a residential area, so the Police do like to do their work there from time to time.

I don’t think his judgement of your speed would have held up in court, i.e. who can tell how fast a dazzling light coming head-on towards them at night is going? Rubbish, all he heard was your exhaust and made his own conclusion about your speed.

That road also has a hundred side-roads where dozy school-run mums pull out of and onto the 307, can be quite the dangerous road for bikers in the daytime.

Mucho speed with dark visor at night and loud exhaust on 30 zone street.

Soz dude, but if I was a copper I’d have busted ya too!

At the risk of being pedantic/patronising etc can I remind everyone what the colours of the traffic lights mean? Esp if we’re gonna play Gatso-Roulette with signal-cams.

If the amber light is showing it means STOP. This business about ‘unless it would cause an accident’ does not mean :

1 Can’t brake fast enough from 30 above the limit.
2 Wasn’t watching as I was too busy shouting at the cage driver for being on their phone
3 My mates have made it through and are clearing off into the distance (some mates…)
4 The other side won’t be on green yet
5 I’m an immigrant and so the rules don’t apply to me yet
6 My car/bike is faster than the rest of the front row of the ‘grid’ and I’m gonna show 'em…

Green traffic lights / signal controlled crossings etc should be approached as if they are gonna change to STOP.

Man, I need to lighten up today. Now where’s this week’s MCN where they report that the 675 is more than a match for the R6… 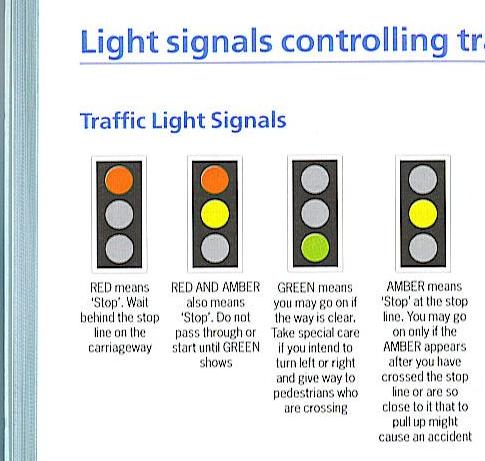 it said, red, no amber, no green, no amber…aaaaaaarggggh 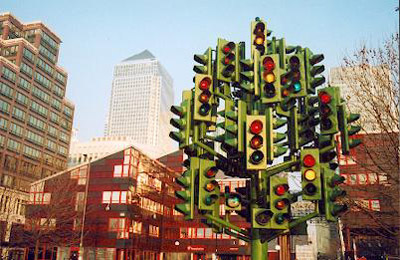 ROFL! … love that traffic light tree down at Docklands!

i was riding with open visor and there is no loud exhaust on my bike still have the yamaha one fitted.
Thank you !!!