In broad daylight today about 3pm, my grandson’s pride and joy, bought with his own money, only owned it a few weeks.
Parked and locked securely not 5 metres from the gym front doors,
The club is in its own grounds with parking and a barrier entrance. There was even a ‘car wash’ facility (5 blokes in a parking bay) close by. Needless to say, no one saw anything
There is a reward, especially if we get a name and address. 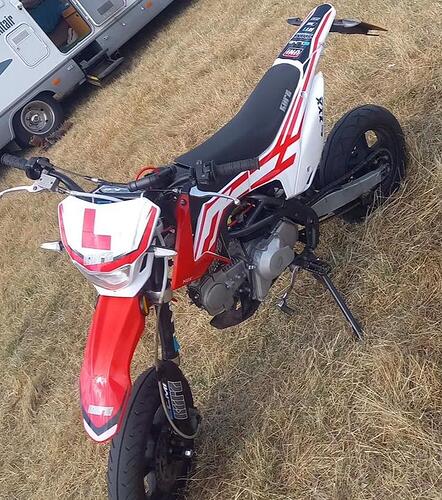 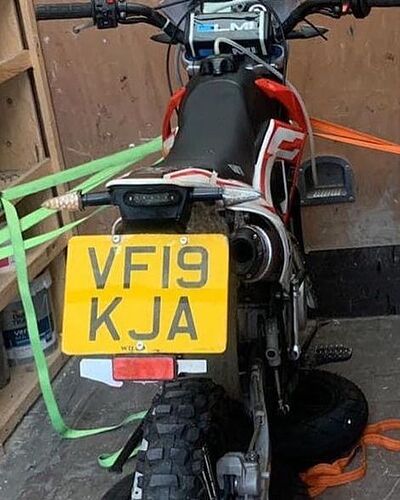 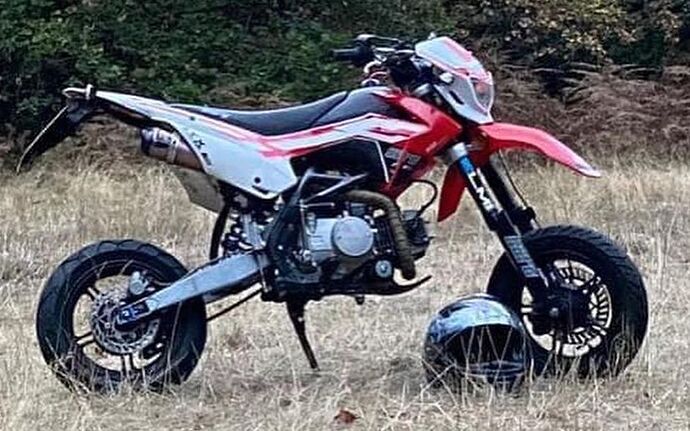 Have the club got CCTV and will they let you see it?

May help to know if put in a van or ridden away.

My son in law went down there, I haven’t had a chance to catch up with him about it. I looked on Google Street View at the club, i couldn’t see much evidence of cameras unfortunately. The parking area is behind barrier gates so I don’t think a van could have done it. 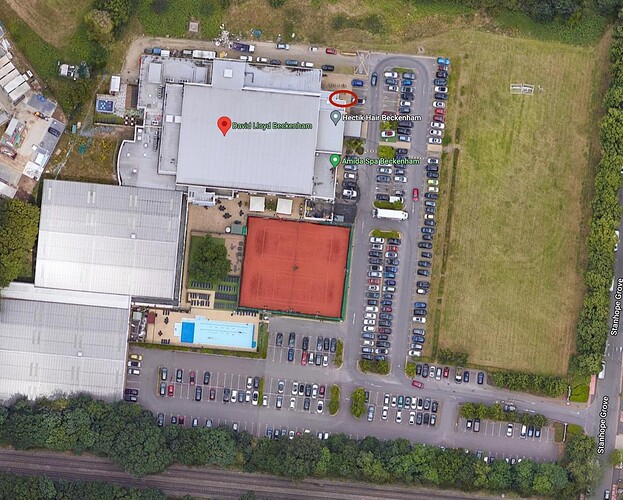 Sorry hear his pride and joy has been stolen so soon after he bought it.
Someone either saw him go in or knows he’s a regular. I don’t think you can view that from the road.
I bet they do have CCTV , especially if the carpark has a barrier.

My son in law went down there to see if they had CCTV and the staff of the club (of which he’s a member) were so unhelpful and poor that he cancelled his membership AND told them what he thought of them!
I’ve only looked at the place via Street View and I can’t see any cameras but I’m sure they must have some.
Time for a personal visit…

Sting in the tail. For insurance his choices were Third Party Only or Fully Comp. The first was £715 the latter over £2k. Joke. Lexham Insurance. I’ve not heard of them myself.
So no bike and no money.

were so unhelpful and poor

Needless to say, no one saw anything

It makes you wonder if those two statements are connected.

I read a scary story where someone was surprised to see the security barrier at her Virgin Active club had been left open; normally you have to swipe in. When she returned to her locker after her swim she found a large number of lockers had been ransacked. The thieves not only took everything (phone, money, keys) but they broke into her Santander accounts, transferred all her savings into her current account, and went wild buying iPhones at £1,000 a pop in Westfield before she even knew about the theft. In her case it sounds like collusion.

Have the club got CCTV and will they let you see it?

Even if the staff were helpful it is unlikely they could share it because of their GDPR policy. We have CCTV in my block of flats and the management won’t let me see it, and I pay for it.

Absolute bummer. I’m gutted for him.

Thanks mate, he says he feels sick about it.

Yes the old GDPR excuse, but they’d have to give it to the police (if only the police bothered). It’s bloody expensive there too. However, I’ve now found a list of directors so I’m preparing to contact via socmed where possible and shame them into doing somethign!

Let me contact someone I know who is a GDPR guru. As I understand it (and I might be wrong) but! You grandson? owns the bike which means the number plate is his and his property.

Do let me follow up though and I’ll come back to you. Obviously the only risk here is that they have 30 days to give it to you and I doubt they will hold recordings that long…

PS as Gav says, they probably knew it was there, I know the DL and it is pretty out of the way.

Thanks. Sadly no updates and to be honest not expecting much, either from DL or the police. If our experience at this DL is anything to go by you might want to check the security measures at yours. No doubt they’ll have the usual disclaimer of responsibility posted somewhere though…

That sucks mate really does, did you have any luck with what I sent over?

Had another thought as well just now, I have a dash came which takes a pic every 10 seconds or so when the car is off. Is it worth flyering the cars on the same day/time he was there see if they might have any footage?

As I’d think there are some regulars there at any given time.

No mate, distinct lack of interest all round. Thanks though.