I'm being SORELY tempted by the "dark side".... 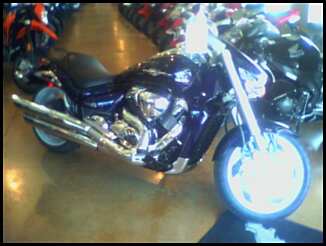 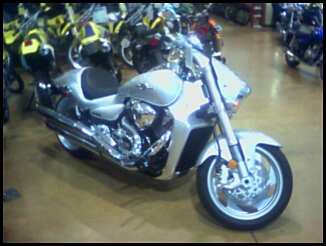 I got chesterfield three peice suite for sale mate…looks better than that and cost ya less !!!

Now THAT my wife might actually let me buy. ROFL

I’ve got no shot of talking her in to another bike.

You need these now

Whatever you get, enjoy

I won’t part with my 750, in any event…additions, NOT replacements. :thumb

And I certainly wouldn’t be seen out in that Village People style get up you linked to. LOL Looks like something you’d find (if you cared to look) in a Soho “leather” shop…if you know what I mean.

So the sport/cruising style bikes aren’t popular in the U.K.? The Honda VTX? The Boulevard M109R? The Yamaha Warrior?

If money was no object I would definetly have a Rocket III in the stable, just because…

Well Greg, you live in one of the few places where cruisers work. Have fun whatever you decide. How about a dirt-bike instead?

I’d SuperMoto-ize a Suzuki DR-Z400 right now…today…if my wife would let me.

Every time I bring it up she says “I’ve seen you race dirt bikes…and NO WAY are you going to have one on the street!!”

I knew all those big jumps and wheelies for the sake of it would come back to haunt me one day. LOL

Some parts of Kansas would be IDEAL for a cruising style bike…I’d like to have one of each, to be honest. The M109 for when I feel more “laid back” about my ride…and the 750 when I want to go tear it up.

You’ll start with one of them, then it’ll be…“Ooh that Har;ley looks alright actually”.

Before you know it, you’ll be wearing Black leather with shiny studs, own a bike with saddle bags and have a toilet seat that’s got more cowboy tassles than bog-standard plastic.

DO NOT GO ANY FURTHER, DO NOT PASS THE DOORS TO THE WORLD OF THOSE BIKES AND DO NOT COLLECT THE KEYS TO ANY OF THEM EITHER!

“These are NOT the bikes you are looking for!”

'ave a word with yerself mate!

I’ve since given myself a stern talking to and realized that I’d never be happy without the “give this thing a twist and put the world into blur mode” of a sport bike.

Now…to land a ride on one of those wicked killer new 675’s…the local dealer had an allotment of 11…sold them all before they even left the distributor?!

rent a garage leave with ur car park in garage supermoto out FUN!