Apologies in advance for the early morning rant/cry

So, I went to change the stock exhaust last week to -*******- upon picking up the bike, the guy tells/warns me that it was hard to install the link pipe to the main exhaust because of the shape of it. I told him that the exhaust and link pipe are custom made for the honda CBF, so it sounded strange to me, however I guess you expect a good mechanic to have a bit of know how to bypass these problems… Well just under a week after having the exhaust silencer (which by the way sounds lovely). I found out this morning that there was a gap between the link pipe and exhaust, the gap was big enough to let exhaust gases leave. Pics below Here my dilemmas.

Should the mechanic fix this for free? although he warned me, but wtf, just do your job… or what?
Does this have a somehow easy fix?
While I find out a way to fix this, am I risking the bikes health somehow?

that depends, what brand of can is it?
if you supplied it and it’s not a precise fit then he probably did his bast to make it work but can’t do any better. taking it back to him will probably get this response from him.

can you tighten the clamp a bit? you might need to consider some gun gum or some sort of gasket to seal it.

I can’t see a gap there. Presumably tightening up the clamp doesn’t fix it? Generally, no, you’ll not wreck the bike, though you might get slightly less good fuel economy.

A leaking exhaust is an advisory notice for an MOT too.

This is the exhaust http://www.scarichimoto.org/en/cbf-500/235-scarico-cbf-500.html. I’ve seen several bikes like mine with this pipe installed, no one reported problems. I did read quite a bit before buying it. As far as I know there should not be problems

Did it come with a gasket? 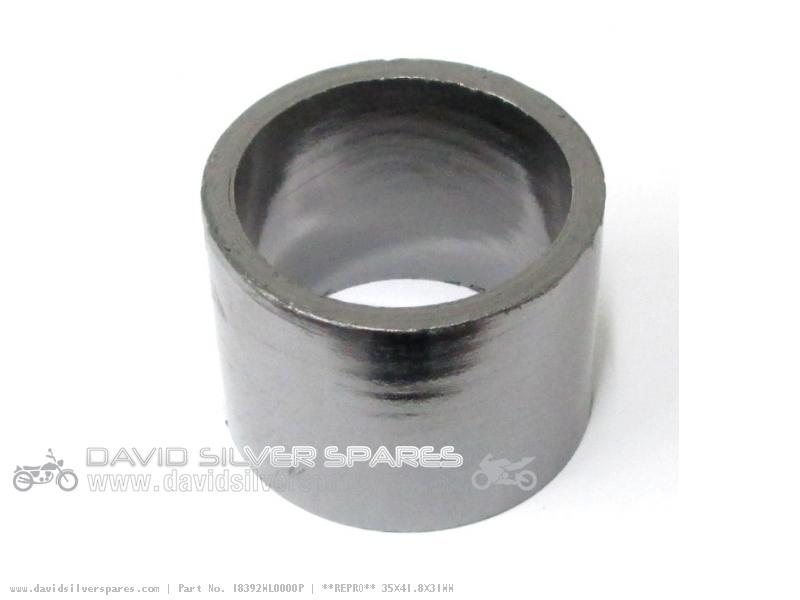 How much of a blow is coming out? Is the bike popping on deceleration ?

You can get holts stuff to help with fitting and sealing exhaust joints.

I can’t see a gap there. Presumably tightening up the clamp doesn’t fix it? Generally, no, you’ll not wreck the bike, though you might get slightly less good fuel economy.

This morning I could see the exhaust fumes coming out between the link pipe and exhaust. (second pic)

Is it leaking badly? weirdy my Duke 690 doesnt have a gasket between the link pipe and the new can, but it seals well

Did it come with a gasket?

How much of a blow is coming out? Is the bike popping on deceleration ?

You can get holts stuff to help with fitting and sealing exhaust joints.

No, it did not come with such a piece, and yes it pops with deceleration, although people on other forums where mentioning without worrying at all, and on a video I saw it does it too. I also changed the air filter to a K&N one

Is it leaking badly? weirdy my Duke 690 doesnt have a gasket between the link pipe and the new can, but it seals well

Just a tiny bit for now, but I’m afraid it will get worst with time

Seems you may need it tightened or a gasket. I’ve got a new exhaust on my CBF500 as well, but it is a complete system so I could get shot of the mild steel downpipes.

one of my akro’s was doing this at the weekend.

solution was to loosen the clamp and tap the end of the can with a rubber mallet to push it on tighter. took a couple of minutes.

If its just a ‘tiny leak’ the easy and proper fix is to use RTV silicone, as any decent mechanic would :Whistling:

I’ve used the Pro Seal clear RTV silicone on the Bonne’ exhaust system. Does what it says on the tube, easy assemble/disassemble works a treat.

edit: Don’t try to squirt the RTV silicone in the gap, the pipe needs to be removed, silicone applied to the entire overlap and re-fitted. Wipe off any excess and leave to dry for a proper job.

Usually after a while the exhaust soot pack that hole and it seals. It’s usually gets better, now worse.

It may be worth removing it and putting some clear silicone sealant in there before putting it back on. This was the advice I was given by an aftermarket manufacturer and it’s always worked for me.

First off all, thanks a ton for the amount of advice posted on such a short space of time, this forum is the best!

My plans according to the advice.

if this doesn’t work

2 - Apply the silicone as per Art and RolandJ advice

Still freaking annoys me that only just under a week I’m having these problems, ffs!

If it was fine before and now isn’t, then that suggests it’s just stuff bedding in, and looseing, jiggling and tightening ought to fix it.

You might still get the popping after you’ve done it. That’s a benefit

You might still get the popping after you’ve done it. That’s a benefit

maybe that’s why they name this model “doublefire”?

cant believe you bought an italian made exhaust. there you go.

cant believe you bought an italian made exhaust. there you go.

Well there is fine pieces of engineering coming out of Italy too, it’s not all metrosexuals and pasta sauce that come out of that country :P, plus they had good reviews… Anyway, perhaps for the next bike I’ll stick to the Germans, for now Lola will have to deal with it until it rots (hopefully in a long time from now).