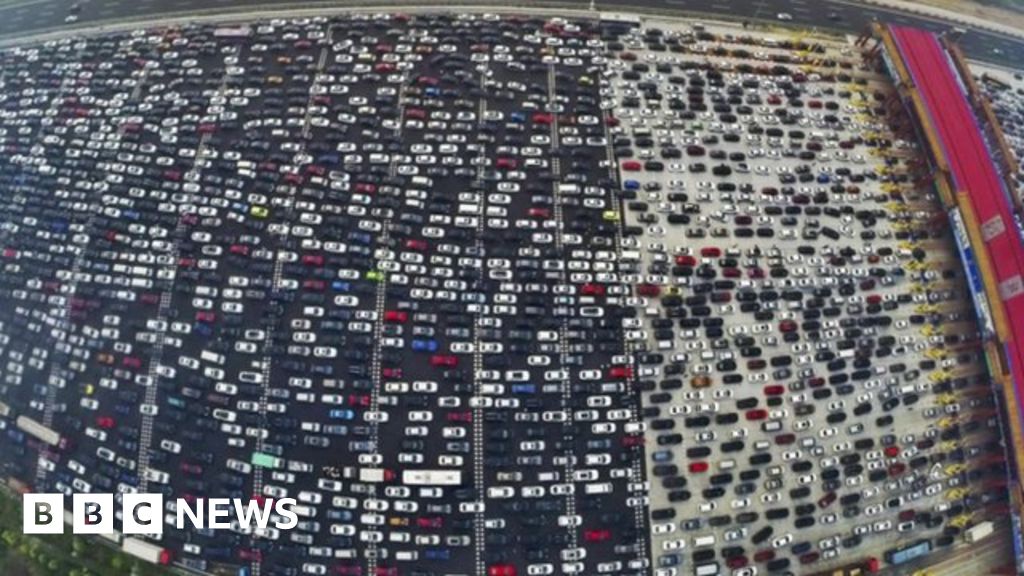 Travellers in China returning from a national holiday in rush hour create a huge traffic jam on the outskirts of Beijing.

but that is not the motorway… that looks like the toll booths. In greece the three lanes of motorway expand to 10-15 easily for the booths and they’re commonly jammed during high peak.

Yeah, there’s about 10 lanes of toll booth on the M1 toll but only 3 lanes of motorway in each direction. 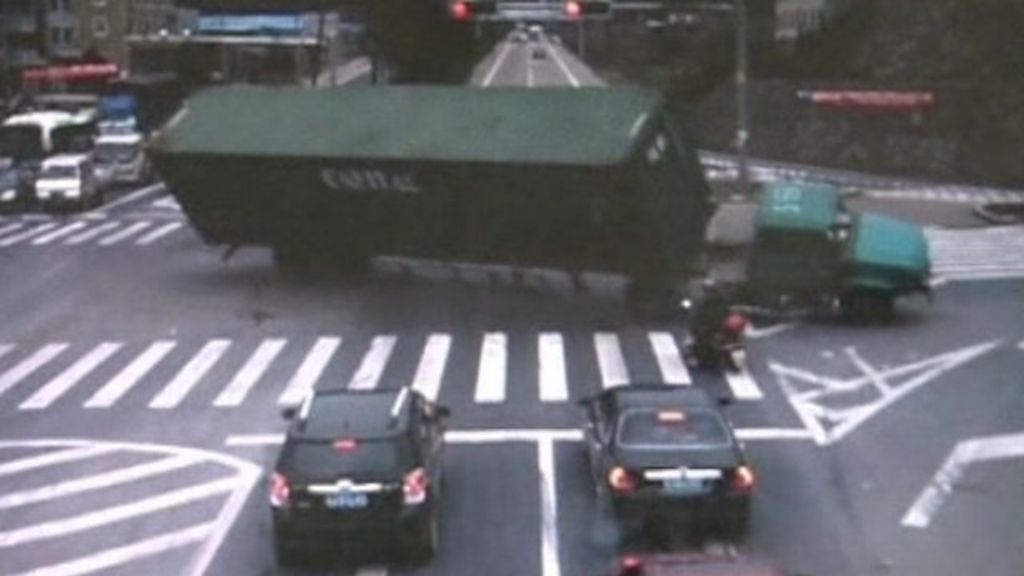 Traffic cameras have captured an extraordinary escape for two men in eastern China.

bah. stopping at a toll booth is for pansies!

When I visited China (2010) there were reports on an 11 (eleven, not a typo) day tailback on one of the motorways…