Zorst like something out of The Black Hole, headlight like a dilated chuff and a BMW swingarm.

I guess as the manufacturers are having to meet tighter and tighter emission regs the exhaust systems are just getting more complex and bulkier - hence all the fat fugly weird shaped exhausts you see on a lot of bikes these days.

Easily junked, but wonder why the rest of it looks like a BMW…?

Is this V4 ment as a replacement for the VFR? Is a shaft drive more relieable or does it have something to do with transfer of power or just cost? ie It’ll cost you more to fix!!!

Don’t look to bad though

the pics in MCN looked alot better than this… 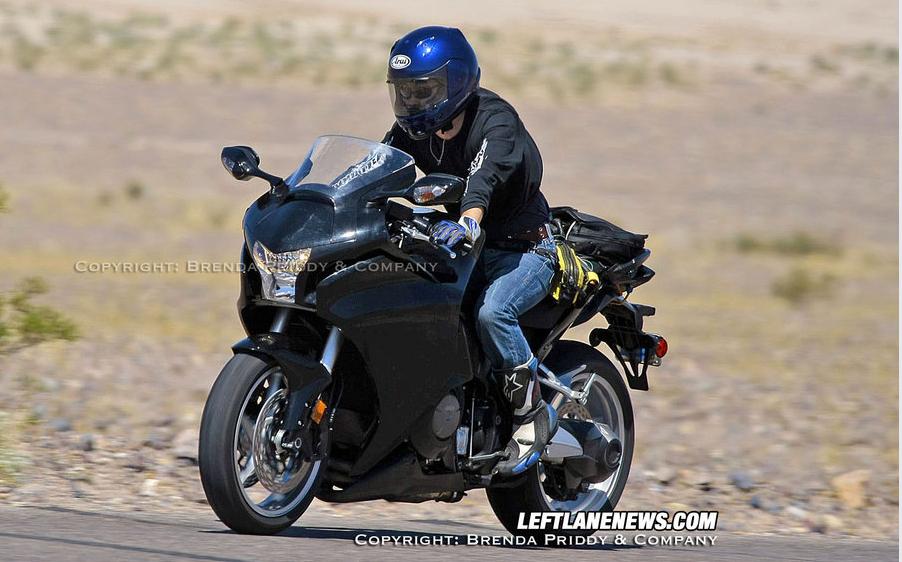 more piccys here , i quite like it , and it may look quite bulky but check out the top shot that is narrow

Great bit of design judging by the pics - looks like it’s designed to compete with some of the larger sports touring BMWs - it even looks similar.

See what I mean? Obviously BMW-s efforts over the last 5 years have made the Big H sit up and take notice.

I reckon BMW are taking more and more sales from the Japanese in this sector in the last few years - as recently BMWs bikes are looking funky and go really well - attracting riders who previously only rode japanese bikes and wouldn’t touch a beemer in the past - as in the past they were only ridden by middle aged squares and policeman. . . :hehe:

I’m suprised how similar looking it is - imitation is the sincerest form of flattery.

Now BMW are breathing down Japans neck with their IL4 superbike as well - but in that sense BMW gave up on their unconventional ‘sportsbikes’ and have produced a bike which owes a lot to japanese sportsbikes - so I guess it works both ways.