cheap to run, light, nimble and best of all SO UGLY NO-ONE WILL WANT TO STEAL IT! 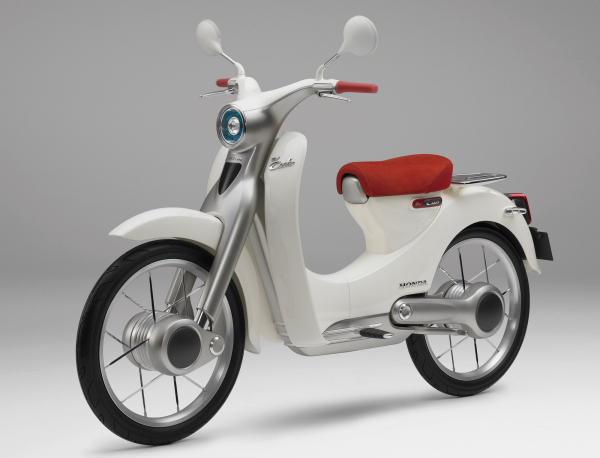 by Alex Vanover Honda isn’t a car company… it never really has been. When asked to define what kind of company Honda is, company representatives bill the multinational firm as an engineering company. It is a company that strives to engineer products...

That design would grow on you. Think of the Honda C90. That could not be described as a beautiful bike but for a whole generation it was the most beautiful motorcycle every designed because it was theirs and it was freedom.

You would take that to Bar Italia in Soho for an espresso !

They already have a wide choice:

are all utterly superb in what they do: easy to ride, maintain, service, and fuel economy.

Do not underestimate thieves

Kids will want to ride anything.

That is seriously fugly