Clearing out my lean-to shed a couple of weeks ago I found a little mouse-house under an old piece of furniture. The rodent had been quite resourceful in that it had managed tofind a small length of flexible tubing and was obviously using it as some kind of bolt hole in case the neighbours cats appeared. It was full of ripped up paper and had the tell tale droppings all around. no mouse to be seen so I cleaned it up and thought no more about it…until the other day I heard some serious scuttling in the bathroom. Checked it out and it appears the mouse has moved in under my bath. So far he has peed on the floor andchewed through an unfeasible amount of organic bathroom sealant! Thanks Pan I will betrying the peanut butter bucket trap tonight.

if it was me I’d invite everyone I know with a bb gun to come over for some sport!

I could just loan you our jack russell she’s miles better at catching mice than any cat;)

Mice normally get in throug hthe holes in floors cut for pipes to come through. They can squeeze though imposisbly small gaps, so keeping them out is really hard. They are oftne under houses as the yare warm and dry and there are always airbricks with holes they can get through fro mthe outside.

One night I saw it going for a leisurely walk - SO, I blocked the gaps with cloths and laid a death trap just below the pipe laced with a cube of cheese coated in peanut butter (that wasn’t easy as I kept eating the bait and getting a red nose

In the morning one R.I.P mouse… I’ve got to be honest with you, I love animals, but in the city where we have epic volumes of rodents/pests, its a false economy being humane towards pests/rodents as they’ll either infest someone else or you again and through your kindness you’ll just go around in a vicious circle…

Yeah, can we have an update please.

OMG its still on the loose even though I set two traps. One as Pan suggested and the other where I pulled the string and trap it in the bucket! I sat patiently for several hours last night in the dim light , dead still with the knotted end of the string in my hand. Quiet as a mouse…I just sat there…and sat there…and sat there…expecting to see little mouseykins pitter patter across the floor to his final supper. BUT NOTHING! Not a whisper!! Went to bed at 2am expecting my furry friend to be in the bucket in the morning.

I checked the bucket and toilet roll trap this morning and still nothing. So …I’ll be lying in wait tonight once again.

I think Ratcatcher might be on the right track when he said that those people who wouldnt harm anything eventually turn into mouse murdering maniacs… I feel like getting a break back trap already! We’ll see after tonight…

I don’t even know where in the house it’s gone but I’m sure I can smell it downstairs. My stairs are wooden and smooth and it looks like he wouldn’t be able to get up them …well hopefully not anyway!

This reminds me of the movie Unthinkable!

This reminds me of the movie Unthinkable!

lol, the only difference being that I’ve seen my subject! The second time , I was crawling about on the floor, as you do :D, and he ran right into me…catching my hair with his claws at the same time! Cant believe how fast he is. I’m determined to have his pic on here by Monday! 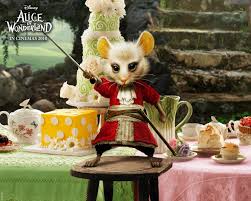