Had a "discussion" with a mobile phone user...

Riding along the Liverpool Road heading towards Holloway. Having had some daft bint in a BMW 3-Series on a mobile phone pull out on me at the last minute a little bit further back on the road, I come across some lad in a Fiesta only a couple of cars later also on a mobile phone.

Now admittedly, I watched him in his wing mirror, he saw me and moved over slightly, but I couldn’t help myself as I went past with him on his phone, but shake my head. Almost a sub-concious thing, just because I HATE people driving and using their phones.

So then matey-boy starts to drive all aggressively behind me, trying to get up the inside etc. At the next bit of traffic instead of filtering, I sit in front of him and watch him to see if he is going to get out of his car…which he doesn’t. We move off again and then at the next bit of traffic, I move to the right and beckon him forward, the conversation was as follows:

Lad: “What were you shaking your head at me for, I saw you and moved over”

W: “I know you did, but you were driving and using a mobile phone”

L: “But I didn’t do anything dangerous, I am a careful driver”

W: “You know you shouldn’t use your phone, right? I almost got knocked off by some stupid bitch 20 seconds ago who was on a phone”

W: “End of argument then pal…stop using your f*cking phone and then there isn’t a problem”

See it all the time, had two of them do the same thing just this morning.
Sooo dangerous, well done for saying something, hopefully that will be one less

I feel like ramming the phoen down there throats when I see it grrrrrrrrr.

Thing is I didn’t shout or get all aggressive, just talked to him in a calm manner and explained the problem.

I also did this a couple of months ago with some fella who almost had me off coming round the big roundabout at Archway heading up towards suicide bridge.

At the first safe opportunity, I said to him “Look mate, can you slow down and stop driving all aggressively, you almost had me off and if you keep driving like that you will have an accident” or words to that effect. He denied he was driving dangerously, but still apologised.

Weaver and I like wagging fingers at people, it really confuses them and makes them feel like a chided little kid.

Drivers just don’t seem to get it when you look at them aghast. The ones I like are the ones who have the window down and phone to right ear, a few of those have landed up in pieces in the road.

Couldn’t you get in serious sh*t with the Old Bill for that?

For what? If they drop the phone thats there problem. They could always try explaining to the police that they were on their phone while driving the car when they dropped it out of the window onto the tarmac.

Sorry peeps confession time I own a mobile phone and a car and to my disgrace I have used both at the same time. I feel so ashamed, please forgive me.

Public flogging down the Ace later then…

Violence begets violence… use a water pistol instead 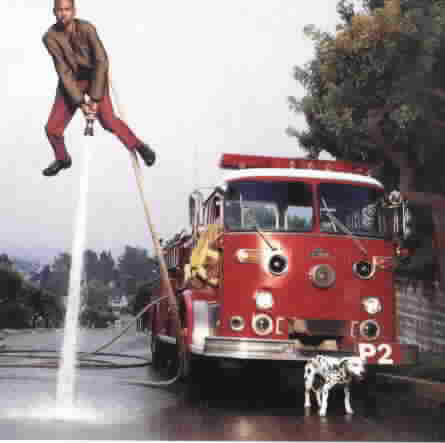 one of the guys on another site i frequent pulled up alongside a lass that was on the phone and had nearly taken him off a few moments before as she was sat at a set of lights happily chatting away to her mate, leant in her window, took the phone off her and tossed it across the road…

imagine that ‘i was sat at a set of lights on the phone when this biker dude came along took the phone away from my ear and tossed it across the road’ Hmmmm… yeah i think NOT!

the other morning we stopped a vehicle where the driver was caught on video equipped using not 1, but 2 mobile phones at the same time-trying to drive with their elbows

in the process of court proceedings.

One thing that horrifies me is when I see drivers of 38 ton artics driving down a busy highstreet with a mobile pressed to their ear and one hand on the wheel. WTF are they playing at??