Guidance on removing a downpipe dent

does any of the old hands have an idea how to get this dent out of a downpipe? my only theory is to cut the section out, hammer it back to shape and weld it back on again.

for the avoidance of doubt, this is not off my bike. I have not broken my bike! 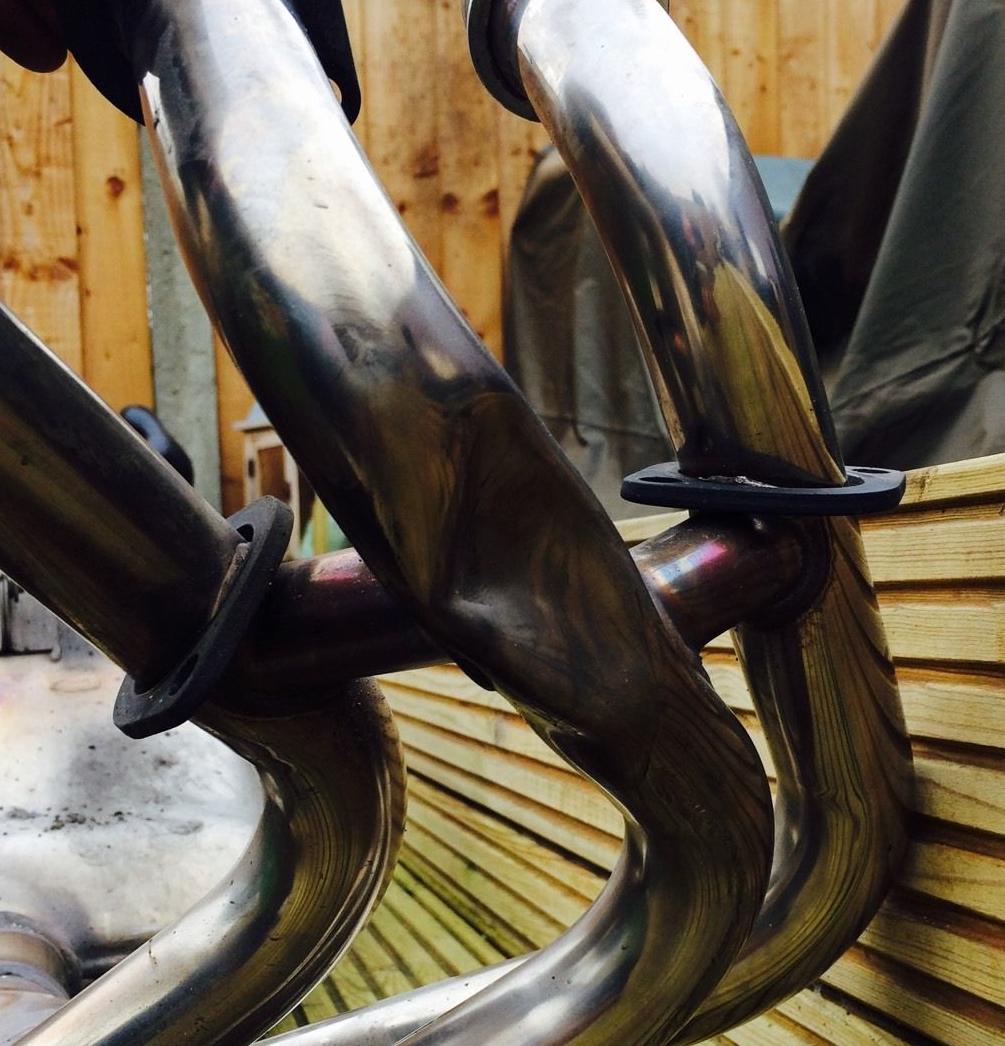 You get oil/air bags that people use for this sort of thing. Probably worth finding a nearby workshop that can do it for you rather than buying them yourself.

You can do it yourself with a compressor and some bodged sealing, but you’ll need to heat the pipe and it always sounds hilariously likely to end up with fast-moving bits of very hot metal.

Does the dent restrict flow? If it doesn’t I’d be tempted to leave it there and call it character.

It’ll alter it, and there’s a lot more to exhaust design than just flow rate. Whether it has any noticeable effect on performance (doubtful) is a different question to whether it restricts the flow. I suspect Mian wants to fix this for aesthetic, rather than performance, reasons. If he’s doing what I think he’s doing, he’s going to fuck up the internals of the silencer enough that there’s no practical consequence of the shape of the downpipes.

A drill, some rivets and a panel puller then weld the holes. You probably want to start from the outer part of the dent and gradually pull the centre of the dent out.

understand that theory timmy, I’ll look into that, thanks.

can you weld a nail or similar to the pipe and pull?