Guess who made bikepic's pic of the day....

Scroll down for pics

Post edited by Afro due to big ass photos (oops sorry dude… here’s some smaller ones! I linked the full size ones my mistake first time around)

Actually, looking at the two photos I can’t believe the miles I put on the bike during that time… not to mention the mods and aftermarket replacements!

So i’ve got my HDR whore hat on!

Who says you need a clean bike to make it onto bikepics lol :P. As a matter of fact, I used my remaining bike cleaner on my tiles in the kitchen because nothing cuts through oriental cooking ether of soy and sesame oil better than Castrol Greentec! I also took my Hero Go Pro on a bit of a ride. Footage was OK, but uneventful. Looks like a boring, smooth ride on footage with the drone of the engine just keeping at 8k for most of it! Actually the reason I went out was to do a test ride with the new Remus can without the baffles in. Doesn’t sound offensively loud and not too different to having baffles in. Saying that, it’s better made than my micron and the bike pulls better lower down.

Anyway, I’m linking the 2 videos that I also took during that day. Again don’t click if you’re easily bored by uneventful riding - all it shows is just there being plenty of grease on the road during the Remus’ road test.

Soundbyte of Remus with no baffles

Another on eof my boring riding footage through the woods and hills… plenty of grease and mud on the road left behind by the farmers… Was also about 3 Deg C outside… foolishly, I chose to wear leathers and long johns and summer gloves!

These photo’s are sooooooooo big I got whiplash scrolling through them.

and yes they are big pics:D

Totally sorry for the stupidly big photos! I just copied the URL and thought that the website will resize it for me! mybad! Yeah, I always like it when I have a break from living in London… There are so many nice roads near the places where I stay!

Totally sorry for the stupidly big photos! I just copied the URL and thought that the website will resize it for me! mybad! 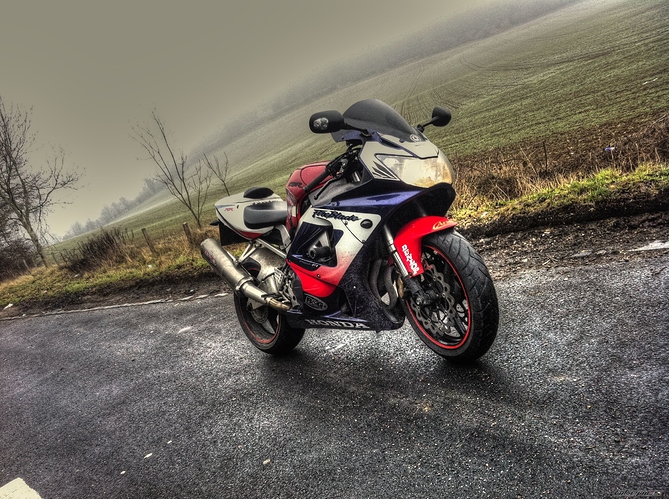 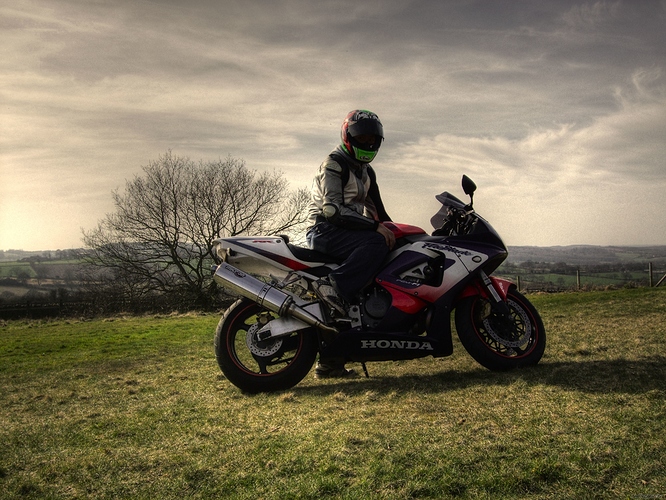 I think it’s mainly down to the fact that the CBR929RR is such a damn sexy bike! 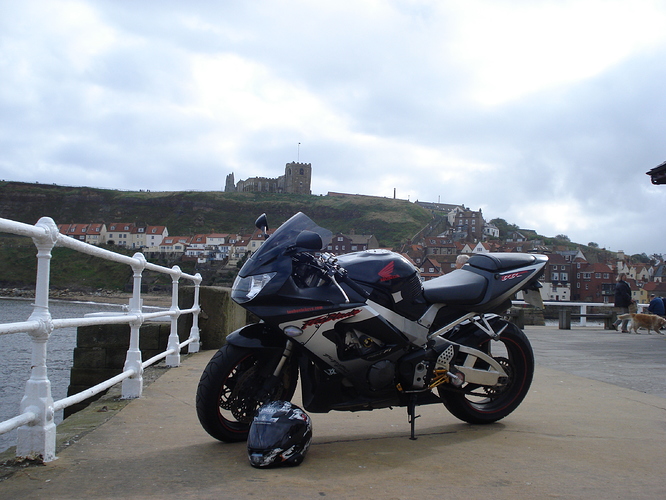 See, one of my next projects was the inevitable respray! I’m planning to keep the same scheme and design but have a colour swap. I’ve always loved my bikes in plain black and white. So i fancied a plain gloss white with black detailing - the cheatlines and striping. But, it’s going to cost quite a lot to remove the dent on the tank. Not to mention that the bagster will be in totally the wrong colour.

Next project would be to get a RAM mount planted into the stem so I can use my iphone as a Satnav which would be dead handy in europe. Wouldn’t you believe that I actually took that most recent picture with the iphone!

Mapwise, I much prefer the old fashioned way of using a map or just pure dead reckoning… but seeing that modern technology is with us now, I might make use of it.

I’m also looking at getting the rear pillion seat recovered in white vinyl to suit the rear end. Which also means that my pillions have a much better ride at the expense of my underseat storage!