So my girlfriend and I have decided that the time has come to finally get a dog :w00t:

We’re pretty much set on a rescue dog and are looking seriously at a greyhound as they seem really sweet natured and easy-going animals, but I was wondering if anyone on here has any first-hand experience of them as we want to be sure before we commit to giving one a home.

Ask Furry Biker, he knows more about this than anyone in the know universe.
What he doesn`t know about rescue greyhounds is not worth knowing.
As long as you have long legs and a friendly wife you will be fine:)

I’ve seen them race, and my oh my are they quick or what!

Like a motorcycle you’ll need to budget for fuel (food), insurance (for vet bills) and storage (if you are going on holiday). I don’t own the dog I live with but I know it costs a fortune to run.

We had 4 greyhounds. Very nice dogs… Very lazy and mostly want to sleep . They exercise quickly a few mims run out and they are done for another 10 hour snooze session. They can be poorly coordinated and have terrible brakes and at full tilt if they crash they can be badly injured ,one of ours managed to kill itself by hitting a tree. extra care required when they run towards you. Be ready to jump out the way. Muzzled when out as chase instinct is strong and small things that move will be indanger.

One of my colleagues has 4 or 5 - she’s a sucker for the big soulful eyes! All rescue dogs/ ex racers. She also volunteers at a rescue centre. She’d be happy to talk to you if you wanted some advice.

I’ve seen them race, and my oh my are they quick or what!

That’s for sure. The only land animal that’s faster is the cheetah apparently!! :w00t:

Thanks guys, seems like everything I’ve read online is true: lazy, chilled-out and very friendly.

But then they are quite big dogs so I’m worried about space as we live in a small flat. We do live only a 10 minute walk from part of Hampstead Heath so there’s loads of outdoor space for them, and the rescue centre said a flat isn’t an issue, but I’ve heard that you shouldn’t really let them off the lead as their chase instinct is so strong that they’ll run after something small and fuzzy and won’t come back :hmm:

NumNum I’m assuming then that you did actually let them off the lead outside then. Other than running into trees

did you ever have problems with roads, other people, small dogs etc.? I’d really like a dog I can actually play with in the park, rather than one that has to be on the lead all the time - muzzles aren’t a problem. And are they happy to go on longer walks as I like the idea of heading out across the Heath on a Sunday morning?

We’re going to go and take a look at the rescue centre this weekend and see what they have to say, but I may well get in touch with furry biker if he knows as much as you say Jetstream.

Thanks Ally, do you know which rescue centre your friend works at?

Thanks Ally, do you know which rescue centre your friend works at?

She volunteers at Wimbledon Greyhound Centre (based in Hersham, near Esher in Surrey). She got one of her dogs from the one in Walthamstow. Apparently these are the 2 main ones in the London area. As I said, she’d be very happy to talk to you and answer any questions you have, tell you what to look out for when choosing one etc.

Wimbledon was one of the centres I was looking at, but Whittingham Kennels in Waltham Abbey is nearer to us - and the lady who runs it (Johanna Beumer) apparently got an OBE recently for ‘services to greyhounds’

We’ll probably go take a look this weekend and if we still have any questions or reservations then I may well take you up on the offer.

i LOVE greyhounds, my boss has a blue whippett (not rescue) she brings her to the office every day, she’s the sweetest thing but she can switch in a split second when she sees something fluffly running! its such a pleasure to watch her run, so fast and elegant.

rescue greyhounds can be a bit ‘braindead’ sometimes as they’ve never been treated as pet, so they will need loads of patience and stimulation especially from other dogs, my jack russell is a real expert in that he just loves them and bugs them until they eventually give in and play with him

they absolutely love nothing best than sleep in a nice comfy place, they can sleep virtually all day. they dont really need much space at all.

and most of all well done for rescuing a dog.

Good on you getting a rescue

Greyhounds were something we looked at earlier this yr when we got our dog, but had to say no just in case because of my 4 housecats

Although the lady from the rescue I spoke to said depending on the dog some of them can live with cats and learn not to chase, so I suppose letting them off the lead would be okay once they’ve got a good recall

Just wasn’t advisable for us to have one with 4 cats that can’t nip out a cat flap to get away if they want to.

Pics if you get one plz! Love greyhounds

It’s so lovely to see an ex racing dog end up with such a good life lazing on someone’s sofa!

I can bring mine over so you can see what they look like in your place. I am not kidding they can seem huge in a small place!! 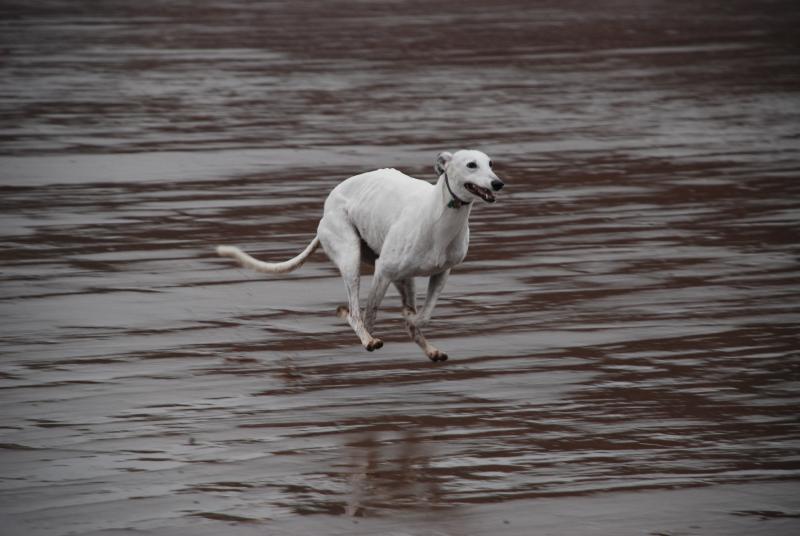 I can bring mine over so you can see what they look like in your place. I am not kidding they can seem huge in a small place!!

Thanks mate, our place is definitely small so it would be great to see how (or if!) one would fit in. It’s my girlfriend’s birthday on Saturday so we’re going up to Whittingham Kennels in the morning to have a chat with them and their dogs, but I’ll be in touch after that if we have any more questions.

She looks adorable by the way! Where’s Blue Anchor Beach?

Ring me before you go to Whittingham kennels, I used to volunteer for them. It can be a pain to find, could take you up there if you wish. I live in Kingsbury, so not far from you, would be good to see the old mob.

Blue Anchor is near Minehead, bit of a trek for a sunday morning dog run!

Thanks for the offer but we’ll probably just head up on our own as I’m not sure exactly when we’ll be going. It would be good to meet you though if you’re there when we are. I’ve been emailing Louise and she’s given me some pretty thorough directions, plus Google Streetview is a great help, so we should find it okay.

Great! Louise is the person I wanted to make sure you saw, as Joanna owns the place but isn’t there everyday unlike Louise so doesn’t know the dogs in as much detail.

Do be aware, the character of the dog you see there is not always the same as when you get them home. Their life has been very quiet and regimented, it can take six months for them to “wake up” and the true dog to surface.

…it can take six months for them to “wake up” and the true dog to surface.

OK let me explain, our first bitch was just a lump in the corner, didn’t interact with us only interested in small things that moved:w00t:

I thought, bloomin’ heck what have we done, it just ignores us, only goes out for a wee, hardly interested in other dogs, whats wrong?

Three months later she was lady muck, ruled us as well as the other dogs in the park. She was so beautiful that people would stop you in the street to admire her, and if they didn’t she was miffed. Tossed her head and huffed! 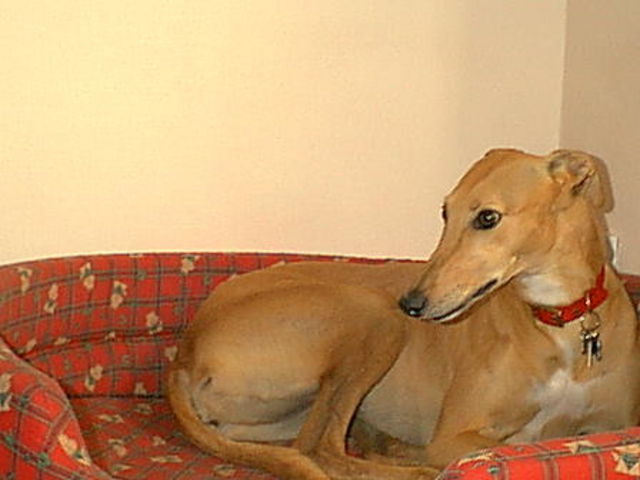