I am about to throw out a printer this week. It’s an Epson Stylus Colour 760 with manual. It was working when I last used it. It will need a kettle-type power lead and a data cable, either USB type B or a parallel.

If you want it, let me know asap as I intend to throw it out by the weekend. You collect it from Edmonton/Enfield. 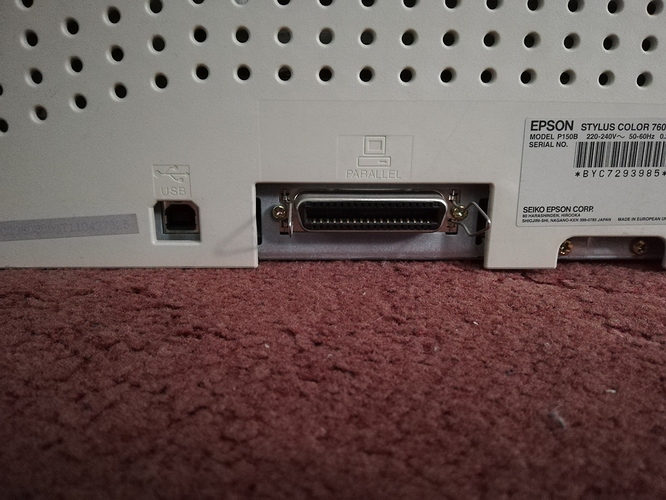 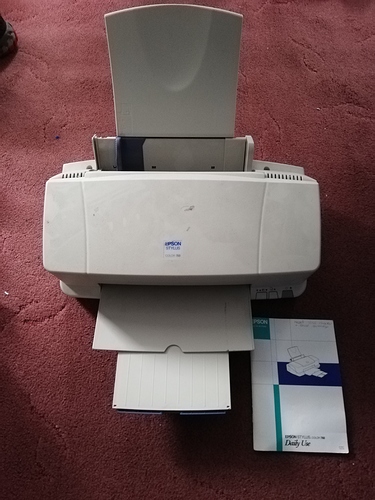 man! I don’t think they have released a printer with a parallel port in about a decade

That’s not a parallel port, that’s the hole where you throw in the coal to build up enough steam for some printing…

Ok, I geddit ya schmucks. I’ll sell it to a computer museum where it’ll be worth £100s.

You try to do something nice and the bar stewards still try to pull ya down!

@eezie - I’ll see you at the All Valley Karate Tournament!

Ah chill, we’re all just after a cheap joke.

Yeah, I know. I’m not actually crying, it’s just a bit of dust caught in my eye.

haha! tbh the best printer I ever had was an old epson.

The only reason I no longer have it is because on of the kids tried to see if a screw would fit through it!

Epson used to make them to last, the one above I mention had it for longer than i care to remember!

have you thought about putting it on freecycle or something like that, we don’t want it but someone might. Saves it going to landfill as well