It’s been about 2 wks now,the weather has been real nice, yesterday even broke 50 yr records for Hot temp throughout the province. I’ve been chaffing at the bits cuz haven’t really had the chance to go ride due to work and this and that

My chance came finally came today…day off frm work, grp ride organized by the local bike grp (British Columbia Sport Bikes) and aways we go… rode with my buddy (rides a RGV250) met up at the meeting point with everyone else and had a blast, down the highway , thru a posh part of town , straight to the University Lands which leads down to the beach,(Hot sun,tons of talent on the sand:cool

meander around the twisties and came out downtown to Starbucks… a spot similar to you guys hanging around Soho (Bar italia ?) had a nice iced cappucino and back home. 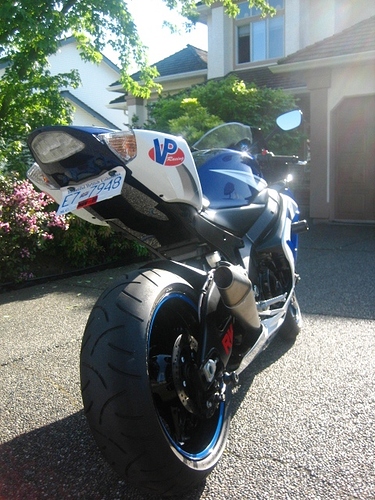 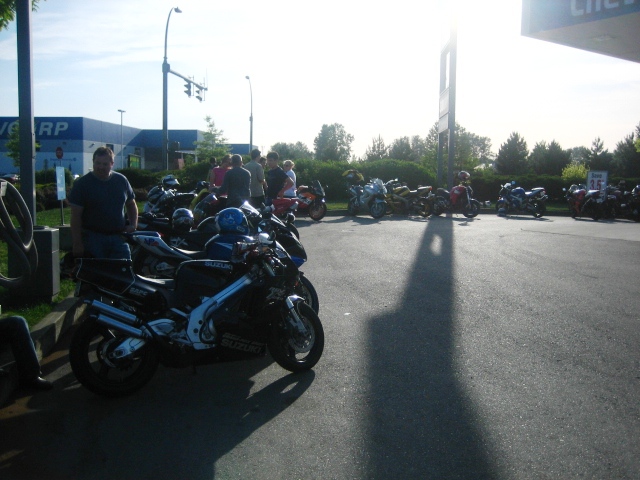 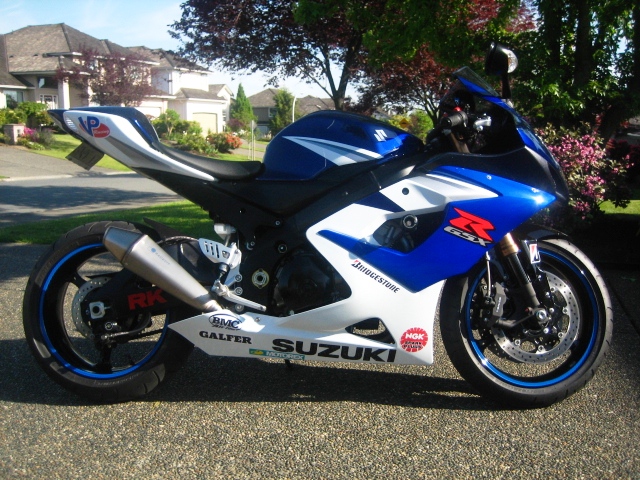 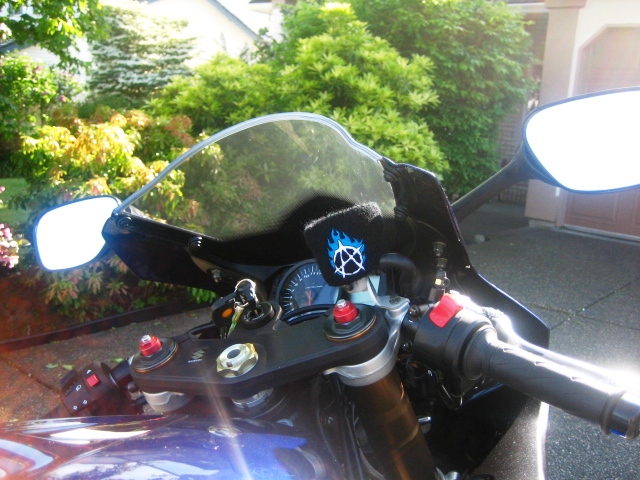 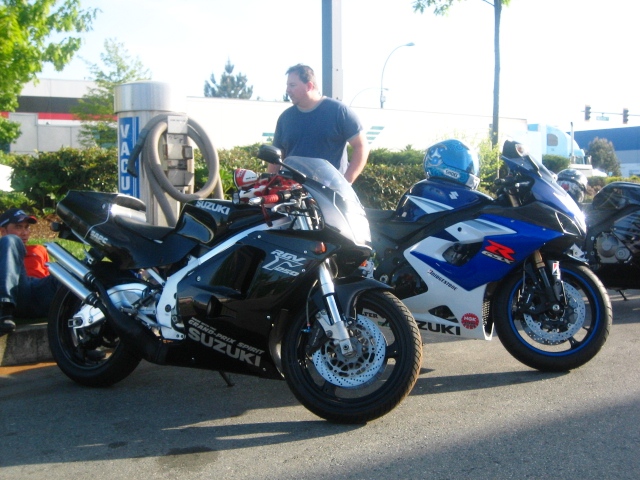 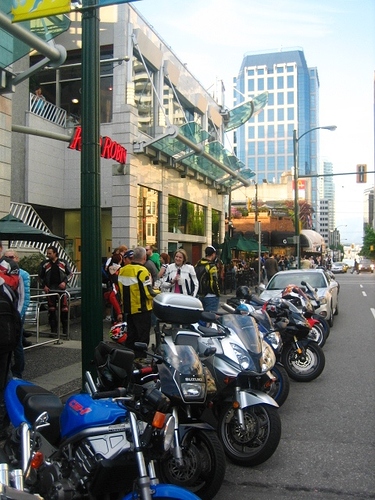 Looks nice! Racefit too - I don’t remember that happening?

Hey nightstalker-one! Nice pictures, looks like a nice little ride. I really like the RG250, it looks mint! Have you got any more photos of it??

Jealous of the weather too!

Thx Andrew, yeah got the pipe over the winter, plus the R&G sliders,BMC filter,PC3,Galfer Lines and the decals to make it look like Spies’ bike in the AMA…Thats it so far , mebbe a coupla Ohlins goodies later this summer > looks over his shoulder to see if a certain sumone is not lookin at this

Thx Jay…but it ain’t nowhere as decent as yours…lol! but for the time being it’s fine enuff for me…will try to take more pics of the RGV, it’s only 1 of 10 in Canada. Jeff got it straight frm Japan , it goes like stink and u know how much he pays for insurance cuz its only a 250 ?..32 dollars a mth!!! thats it!.it was funny watching him yesterday, the RGV (with the standard blue smoke coming out its twin stacks) beat the pants of the Repsol 05 1000 in the twisties, the fact that he used to race when he was younger might help too

the look on the Repsol riders face was priceless

nightstalker-one nice bike dude, I have been meaning to ask this who are the A people (your sweatband) Jay has one to if im not mistaken, what band is that?