Three months after theft/recovery. Here’s the thing though, they have replaced literally everything that was so much as even scratched. New wheels, new Akra, even down to the heel guards and rear mudguard thing. I’m not joking, this thing looks like new. No wonder the final tally was 12.5k! 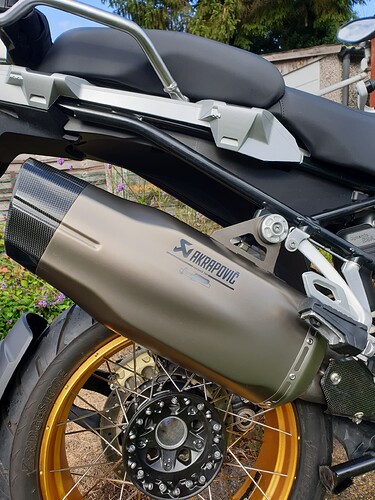 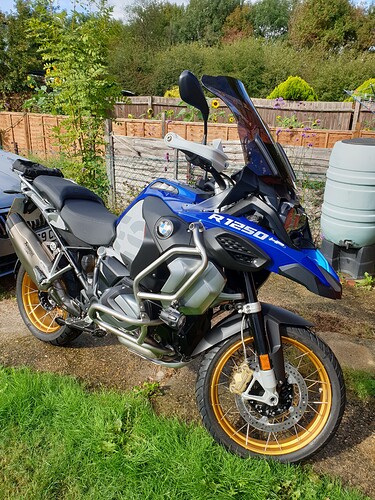 They tried to and with hindsight I probably should have gone that route. Thing is there really didn’t seem like that level of repair when I viewed it. All I saw was the cut disc, broken steering lock, seat unit and a few other bits. I didn’t realise they would go to the level they have. It’s an ex BMW off road school bike so it’s had a hard start and had the scars to prove it. Not that you can tell now! Also fairly sure any settlement offer would have been a joke and I’d have lost ££!

Nice one fella! The bike looks great!
I too have an ex-BMW Offroad School bike. Love the bent-up gear-shift and grabby clutch, hah.
£12.5k… jeez, that’s basically what I paid for mine.

Wheels won’t stay so nice for very long though, eh. They scratch even if you look at them harshly.
Enjoy!