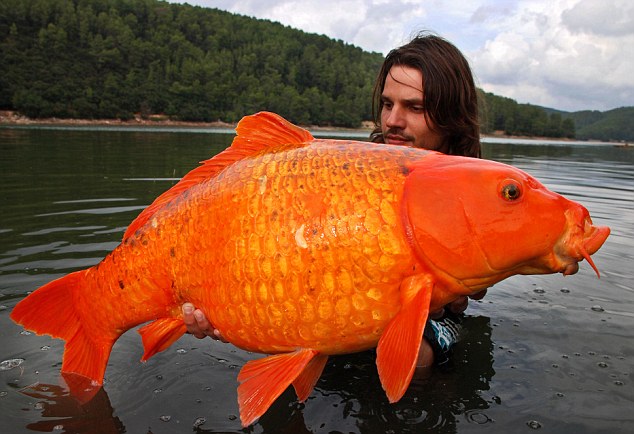 Moments after fellow anglers told him they had spent six years trying to snare the legendary ‘giant goldfish’.

Mr Biagini, pictured, said: 'To begin with, we couldn’t tell what was at the end of the line, but we knew it was big.
‘The fish was a good fighter, but not enough to win.’

After an impromptu photoshoot, the 30-year-old from Montpellier returned his prize catch to the water.

The orange koi carp weighs the same as an average three-year-old girl and is thought to be one of the largest of its kind ever captured.

Omfg i’ve not even seen carp that big :w00t: