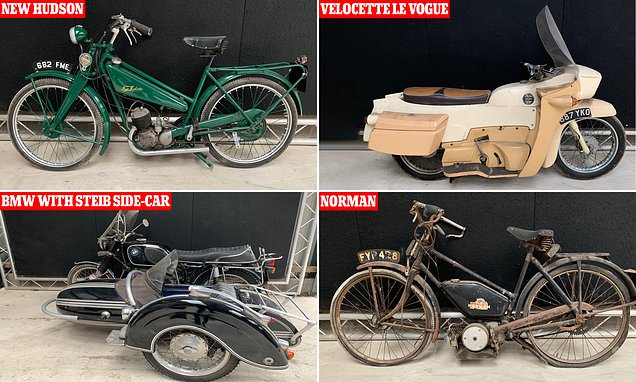 A mourning family who discovered a collection of 21 motorcycles at their home in Medway, kent left behind by their late father are preparing to auction off the bikes for £20,000.

They found 20 log books before noticing the 20+ motorcycles or the combination outfit scattered around the house, out buildings and grounds. Does anyone else find this odd?

I’d thought that 20 classic bikes would be worth more than a grand each.

20k is a conservative estimate, many will sell for more than £4/5 each.

Now that’s my kind of hording

They won’t make as much as you’d think because the condition is ‘non runners with no history, as seen barn finds’. Classic motorcycles, and cars, are all about making as big a loss on your spare cash and time as is humanly possible.

If there something rare won’t really matter the condition or history. Someone will put down silly money.

Classic motorcycles, and cars, are all about making as big a loss on your spare cash and time as is humanly possible.

I can attest to that. We had a Porsche 944 that was nothing but a money pit. Think it got crushed after we part-exchanged it.

We had a Porsche 944 that was nothing but a money pit.

Interesting to hear. I always imagined they would be the “sensible” performance car: the era before silly expensive unfixable electronics; old-fashioned bodywork which can be fixed by any competent repair shop; loyal following with dedicated indie workshops and presumably reasonably available pattern parts.

What caused the money drain?

It was an amazing car and one we really loved. Especially as it was to be my first car. We paid £1,800 for it. It was immaculate inside and out but ran a bit rough.

We spent £2k on a full service which had to correct a whole load of outstanding service items as well as home-servicing bodge-jobs. The engine was only just about mounted; all the engine mounts were shot, etc.

We spent probably another £4k over the next year or two we had it on big service jobs and repairs, trying to fix everything that went on it. From what I can remember, it was mainly mechanical issues like the sunroof getting stuck ajar, just things wearing out after 30 years. Most of the electrics were absolutely fine.

The car never let me down, but did break down on Claire twice, needing to be hauled to a garage each time. I think she said some bad things about it and it heard. I only ever whispered sweet nothing’s into her ear

She handled great I thought (not that I had much experience at this point) and I had a LOT of fun in it, especially for a first car. We also thought she was really beautiful. Always got looks and even got a few comments at traffic lights from guys and girls saying how much they liked it!

Had to sell it in the end though as I started doing a lot of motorway miles for work and couldn’t risk the reliability, and then there’s the safety issue … it had no airbags. In the end we ended up part-exchanging it for a BMW.

Did Google for it afterwards but couldn’t find any mention of it, and it shows as untaxed, not MOT and no insurance, so I’m guessing she’s been scrapped 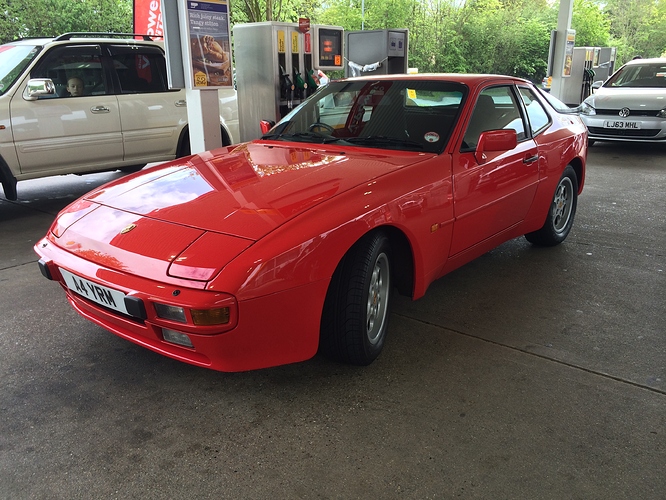 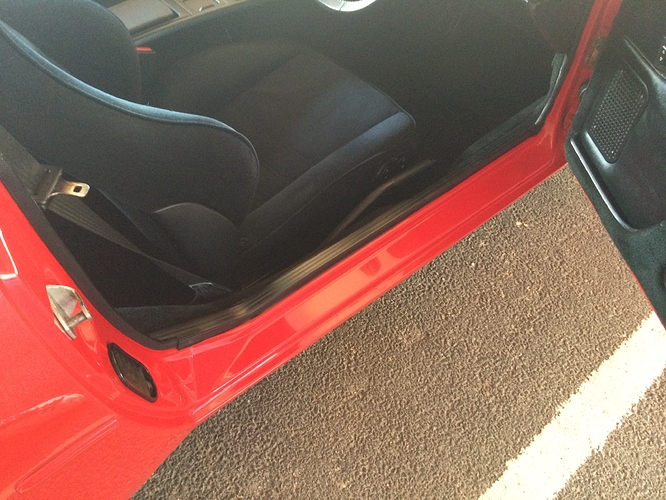 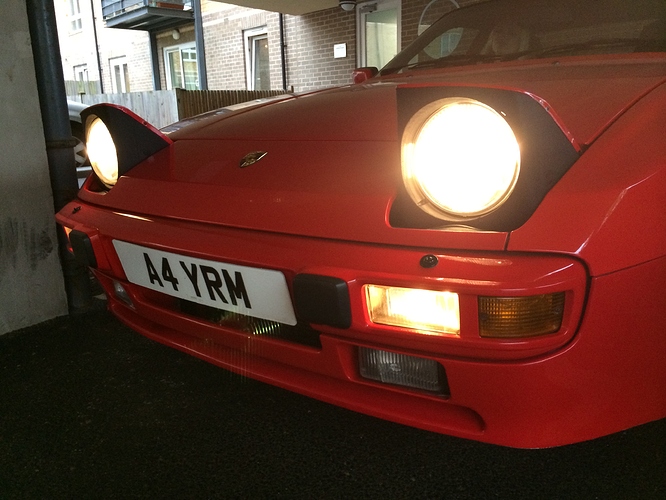 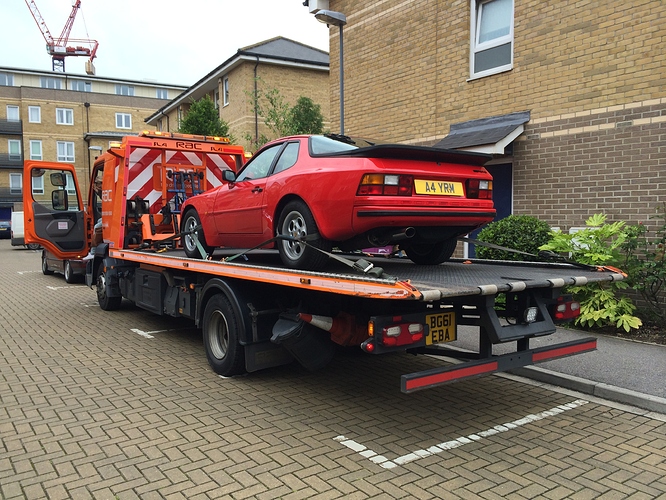 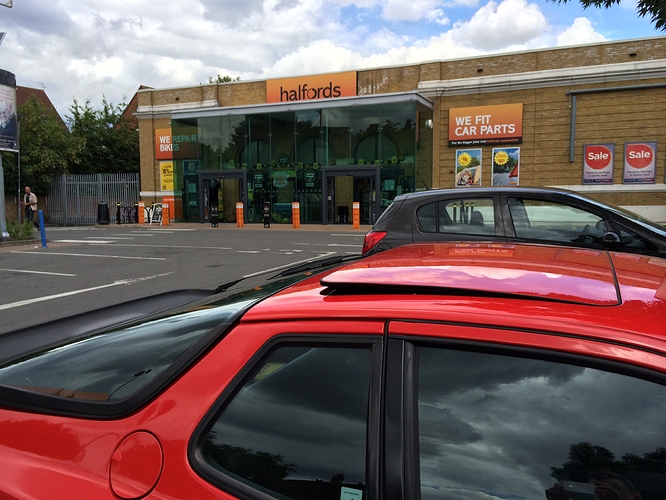 People do track 944s so maybe she has a second life as a stripped out racer.

Damnit, I accidentally clicked on a Daily Mail link, now I have to burn my phone…

That’s a very good point! We certainly did the base work for the new owner!

Crap pics, couldn’t find the beauty shots I once did for her

£2k for a big service on what sounds like a neglected car, is pretty good value I would say. I know Maserati owners can pay £1,700 on a front brake service - no one makes patterned discs, you have to buy from the factory.

The bodywork looks to be in great condition, and probably still was when you part-ex’ed it. It’s one of the reasons I think this car makes it as an affordable classic: they were well galvanised and don’t rot, and don’t contain any expensive alloy bits; any decent bodyshop will be able to repair them ad infinitum. Gosh, even the bumpers have old-fashioned sensible rubber bumps so you don’t end up with trying to source an unobtainable whole front bumper every time someone nudges it in Sainsburys.

I take your point on the airbags. Probably a modern Toyota Yaris would be safer in a crash.

Yeah, we loved it to bits. It was a very well built car, and very simple. The previous owner tried to DIY it all himself I think, but was in way over his head.

We took it to two different garages. The first was a Porsche specialist in Vauxhall, but was too expensive after a while with everything the car needed doing, so took it to an East End garage which was great.

I hope it had another life after us. 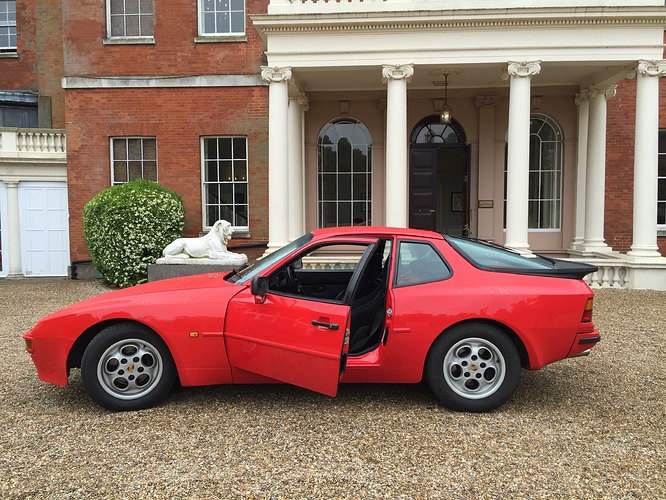 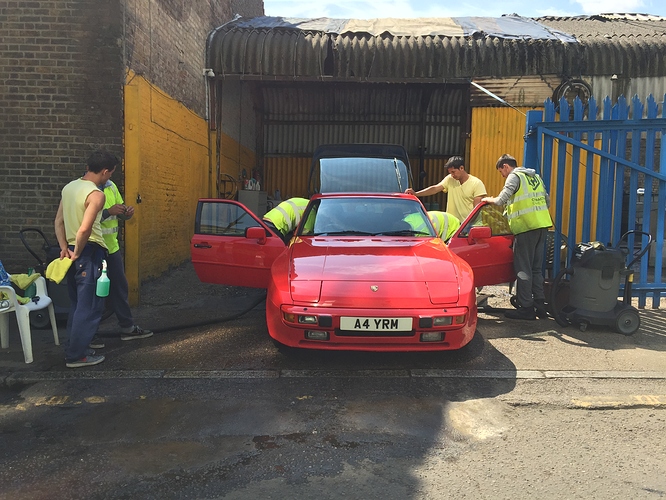 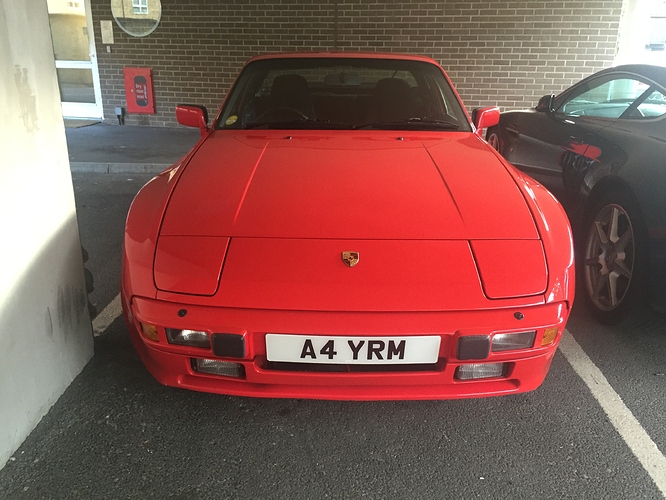 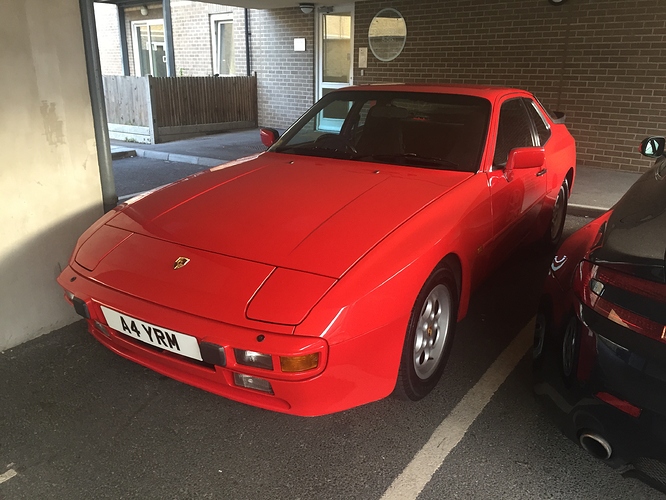 The autocycles won’t fetch much more than £1000 but if the frame and engine numbers match on any of them they’re worth 50% more.

Condition doesn’t matter much, people buy them for the history, potential and investment. Old bikes aren’t like old cars for the speed for appreciation but they do appreciate. Even Velocette LE’s are going up in price and they’re awful!

Always loved the 944, but at some point they started getting more expensive and now people want silly money for em

Nice find of classic bikes (back on topic!)