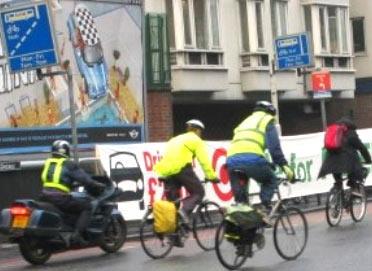 Motorcycles banned from bus lanes over other people’s crashes

Motorcyclists are to be booted out of bus lanes following a rise in cycle collisions, despite not being involved a single one.  A report on a trial of motorcycles sharing bus lanes with cycles

seriously, you can be my eyes from now on, missed that one even through a search for ‘Ealing’ here… :w00t:

Ealing. Shame on you.

Will it really stop people though?

Would they spend £1000s putting up signs to tell motorcyclists the rules were changing if they didn’t intend making a packet out of CCTV enforcement?

If you look at the start of the bus lanes on the signs, most still have the motorbike symbol to say you can ride in it.

Just use your observations

I read somewhere that it changes 26th June, so keep an eye on those signs for changes!

Oh, it was the 27th…and the first link in this topic

Motorcycles might be allowed to use bus lanes in Westminster soon:

Westminster have played around with allowing bikes in bus lanes before - Not sure if is still true, but I know bikes used to be allowed in the Westminster bus lane along the south side of Canada House by Trafalgar Square.