Does anyone one here have one?

I’m after some opinions. There seems to have very mixed views so hopefully someone here can help. What draws me on this is the fact I can change battery, given this is the only reason I need to replace the Stealth 2 this should hopefully future proof this one a little more.

I’m particularly looking at image quality, as a few reviews are saying there is not stabilization so the quality is a bit ropey…

I have one and like it for my needs, but am probably not the best judge of quality as I only had an SJ4000 to compare with, it is slightly better, and only use it in 720p30 mode.

The sharpness is a little disappointing though, in addition to being obvious that it is not stabilized from the way everything bounces around. But my bike could be a lot smoother so that probably affects it. You have to be pretty close to someone to be able to read a number plate, and at motorway speeds even then it can be difficult. Maybe a higher mode will make a difference.

The main reason I bought it though was also for the battery, because at best the SJ4000 batteries only last up to two hours. On 350 mile plus days out having to regularly stop and change it was a hassle. But with the optional extended life battery for the Drift I can go on a long day out and never have to worry about it.

Whilst it is fine for my needs, but I am not sure I would recommend it as a commuter camera in case of accidents, where clear number plates are the priority, or for making fancy videos to share where stabilization matters. But, again, I use 720p mode is so I can download everything after without it taking too much disk space. Maybe 1080p or 60 fps will make a difference for the former. Also I have medium bit rate setting so that could be improved too.

But anyway, a few random screen shots from recent trips, which are more disappointing than I expected. Especially the Asda petrol station one, as I was going under 30mph then so would have expected the text to be clearer. 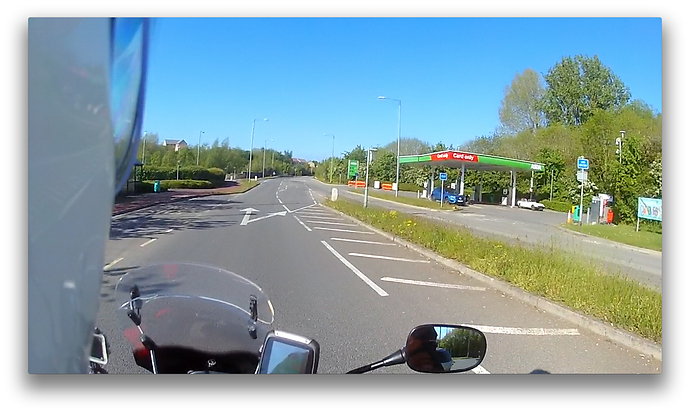 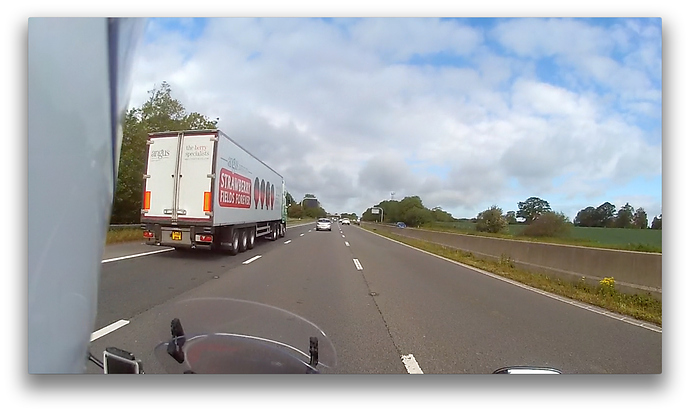 Really useful review thanks. Your comments on 60fps makes sense, on my stelth I would us [email protected] the 1080 was a clearer picture but actually was cack at picking up things like numbers plates as was [email protected]

This may suit the job, it is more for is someone wipes me out shows burden of proof is they try and bullshit their way out.

thanks once again, really useful

I also have the stealth 2 and thinking of an upgrade.
why not the Drift Ghost 4K?

Dunno the cost difference but consider the new DJI osmo, the vibration cancelling on this is insane.

i dont know why, but i dont like square GoPro style cameras! i prefer the tubiod style

but i dont like square GoPro style cameras! i prefer the tubiod style

Yup. I’m with him on this one.

why not the Drift Ghost 4K?

don’t really want to spend £240 for it. I’m really happy with the stealth just really pissed off the battery went after 13 months.

unlucky, i have had mine now for a couple years and it seems to be doing ok still

Recently tried an insta360 ONE camera on a ride. Mounted on handle bar. The image stabilisation is pretty good and it can be set to do 1080p60. The playback on the app that comes with it lets you do some cool things like display two perspectives. I’ve uploaded a video on YouTube as an example. The output isn’t as high def as direct playback on the app. I don’t do this often so there’s probably an export or upload setting I didn’t get right. Price tag is also +£200. Batt life I discovers wasn’t that great so need to solve for that with a live power connection maybe. Ride videos wasn’t my primary intended use for it, more for capturing travel and holiday videos with family. But turns out I might use it more on rides if I can figure out battery life.

I managed to get embed code but can’t get it to work!

That’s cool.
How bad is the battery life?

That’s pretty much what I got out of it. I don’t think it was ever intended as a dash cam. But there must be a way to set it up for continuous power supply. Or another camera in their product line might do better.