Don't do this to your Bike 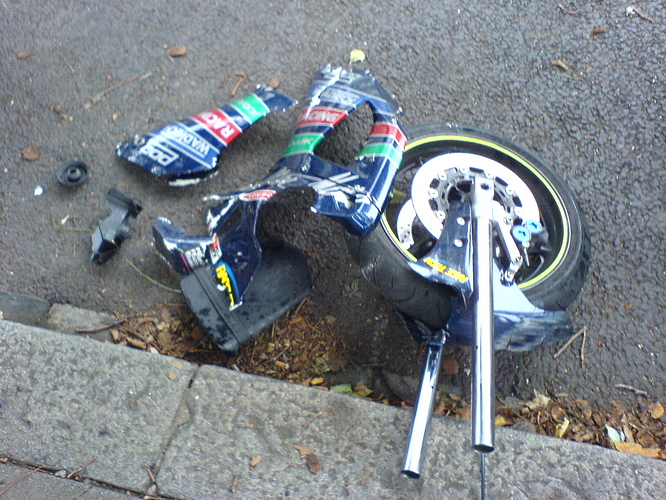 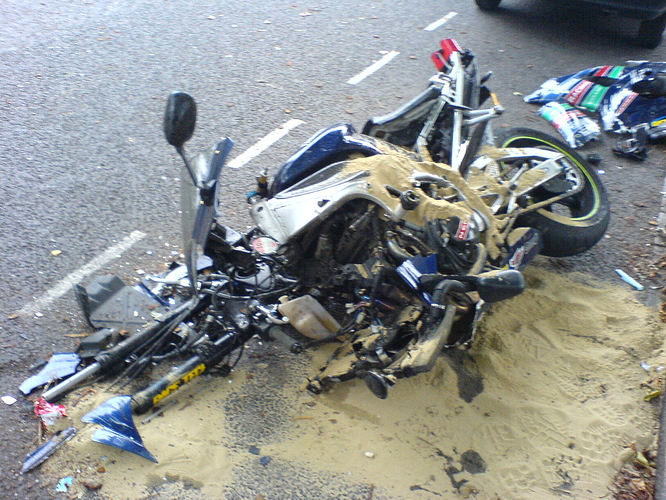 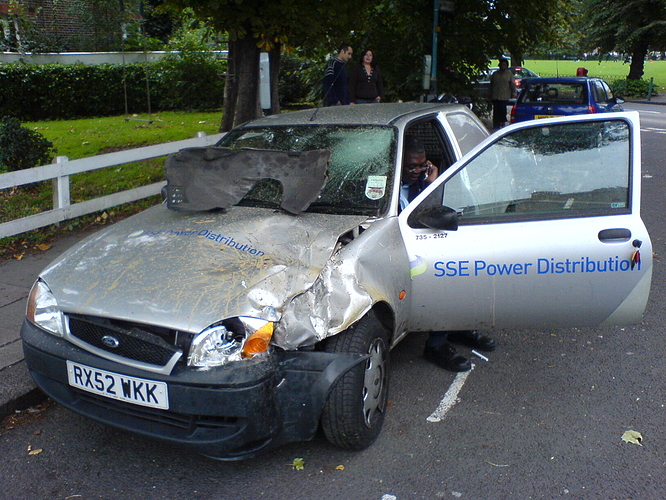 Ive seen that bike at ace. The bike looked fcuked!!

Nice photo-journalism there V2, thanks. That guy was VERY lucky! Shame about the bike. Was it the riders fault, or the drivers, do you know?

What bike is it?

it was the drivers

ouch. by the looks of the bike he was pretty lucky. but still Ouch

The crash bungs did not work then

sheeeeit, that is one mucked up bike, shame the sand effect paint all came off though…glad the guy is ok

that rider was one lucky man to be not badly hurt. But bike dead!!!

ROB, thats the 2nd R1 you have totalled in 2 months, look after your 3rd one eh! , you been lucky…

Yes I know I’m on my third R1 in 3 months…damn cars. The Ace victim is now a sweet track bike mind you, and I’ve got an engine for sale if anyone’s interested ([email protected]) - See you at Brands Hatch Chris ;-)GSXR2SL0

Welcome and glad to hear your alright after the accident. What were your injuries like?

Hey Rob, welcome to the site, glad you found the pictures! I can’t get my head around what you told me earlier, and then looking at these pictures. This looks like a fatality, and you got away with a sore bum? Jesus, someone was looking out for you that day!

So are you telling me the blue/white R1 I saw today is the same one? You’re pulling my leg if so…

Hi, Chris here, bobs mate, HI GUYS! , was bit more than a sore bum i think, his leg was bad, back was in alot of pain, impact of injuries got to him when he got home, in bed for 2 weeks i think…

hi there yeh had road rash on the leg and banged my hip after rigger set in about 3 hours after i couldnt walk for about 4 weeks but am ok now.
no the blue and white one is a diffrent bike but the crashed one and the one that got buggered at the ace is now one hell of a sweet track bike