I rang my local Ducati dealer optimistically hoping for a socially-distant test-ride now we’re allowed out on bikes. I’ve never owned a red bike and am quite taken by a couple of quite different bikes, but alas, their showrooms are still closed

Interested in these two (Diavel S 1260 and Panigale V2 for roadtrip/trackday purposes). Anyone got either? Got any opinions? 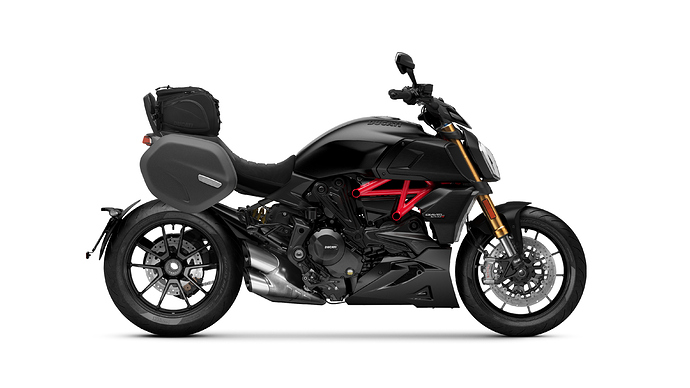 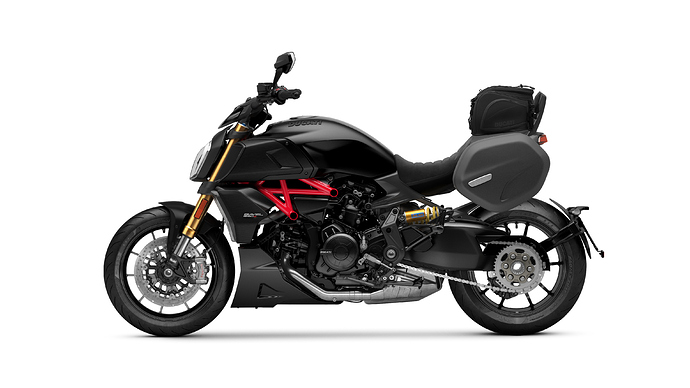 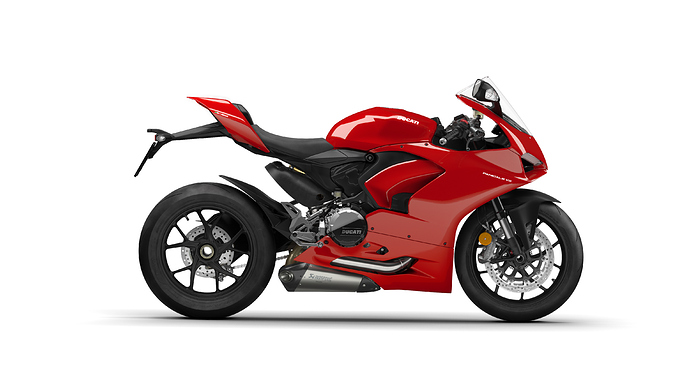 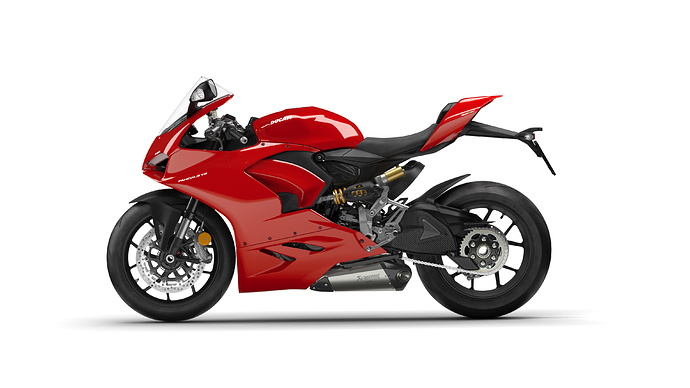 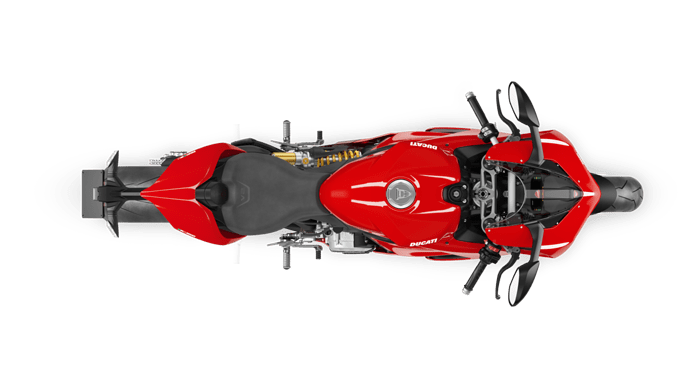 Track would be great, not sure about touring though

According to the new guidelines in relation to cars, service and MOT garages can open but showrooms remain closed until 1st June. It didn’t mention motorcycles but I assume they are the same

The new Streetfighter V4 is a proper animal by all accounts. I wouldn’t say no, though the reason it’s not high on my list is due to the lack of support for panniers, even small soft ones like the ones on the Diavel above (that said, you could run a kinda half-way back/pannier thing from Givi on the rear seat but it might look a bit odd on the SF).

I took my KTM Superduke 1290 touring round Europe with small soft panniers and it was amazing. You could totally do it on the Streetfighter if you were prepared to travel uber light

@T_cat, that’s a shame, but understandable.

Motorbike garages round my way are open for servicing and MOTs. Showrooms not open atm.

Right does anyone know if this MOT extension is going to continue now we are phasing more garages open ( I know they were always on the excluded list but many closed and understandably furloughed staff). I ask because I have a bike and car mot due on the 20th and 28th respectively. I’m more concerned about the car MOT tbh as I’m pretty sure my suspension is f***ed. The bike’s only issue is that it’s running ridiculously rich since I took it in for a valve clearance service but I will be letting that MOT lapse as I can’t reinsure currently

[I know, I will get on top of the issues and I plan to get a mechanic friend to give it a check over as I’m reasonably competent once I’m pointed in the right direction at a problem so would be great to just stick to the extension question rather than “Well your car should always be in a roadworthy state” - I wouldn’t disagree, it’s just not what I’m asking]

EDIT: checked again, as of this morning 20th May date has been auto extended to 20th November

Same here… My car was due 18May, now extended… Bonus is that it’s same month as road tax expiring

Given that the place I take it for servicing is closed (dealer, yes I know) I’m pleased with that.

Car anyway only does 2k-3k miles a year

You can always settle for a V4 while you wait for the dealers to reopen @Jay
https://www.lego.com/en-gb/product/ducati-panigale-v4-r-42107

I actually really wanted to get that mate. I hate it when firms try and sell you stuff not out yet, bah!

Never been sold on the Panigale, think their sports bike range peak (in design terms) with the 1098 and 848. And Diavel just seems to be looking for a design brief after being built.

Of the current range the Multistrada 950, and 1290 both look great, and the Hypermotard and scrambler look great fun.

I have been looking at the Panigale 959 and now the V2 for some time now. I must admit that a big part of the reason is that it just looks and sounds darn good. My other choice is the BMW S1000RR.

The common reviews I have gotten on the Pinigale is it durability and they break down a lot. Also I have been doing more track days and if I come of on that I will never forgive myself, forget my broken ass my bike is hurt.

I like reviews by Michael Neeves, they seem to be all round an not biased. 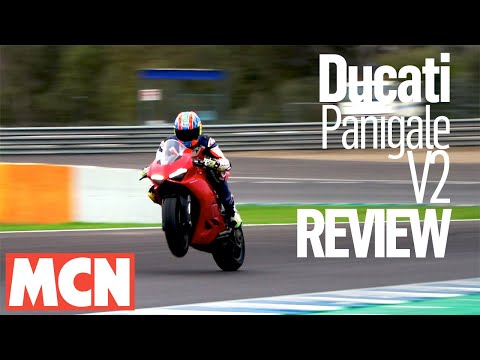 In fact, crashing is never cheap. I have a garage full of spare and broken bits of bikes from trackdays 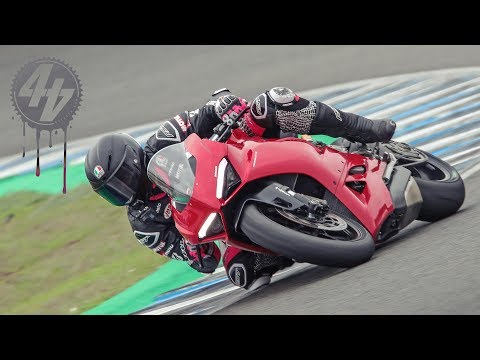 IIRC didn’t Rob_C have a Diavel? And Franc had a Panigale and had a lot of problems with it, became a bit of running joke on the Wales trips that bits kept falling off.

I had things fall off the KTM. I wouldn’t own another for that reason, the factory support was non-existant. Hrm.

I never really had any major issues with my SMT had it 8 years now. Just waiting for KTM Centre to reopen so it can come off SORN and get services and MOT’d.

Tsk tsk tsk… The bike was shaving weight of for your performance and you’re complaining?

Rob C (edited out by Admin), yes he had one. works for Honda now.

Might be the guy, used to marshall at the TT too. 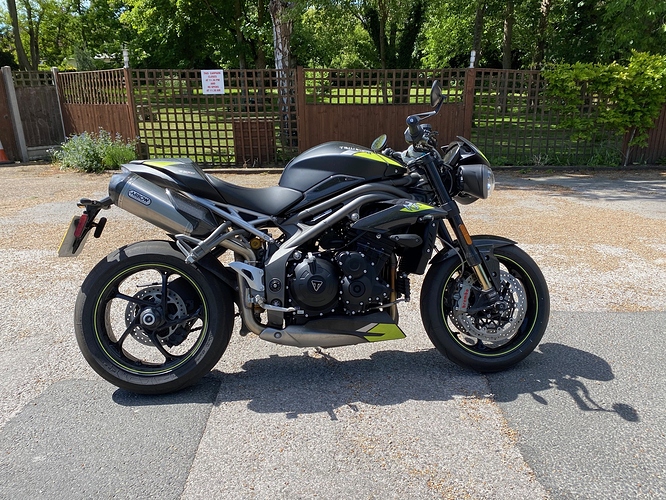 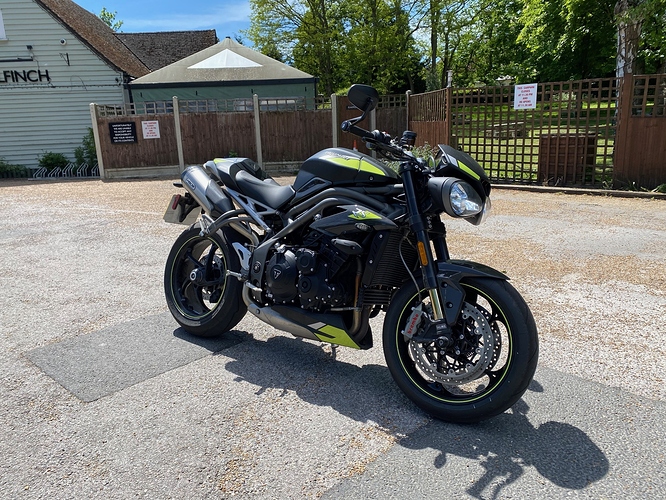 Great do-it-all bike. I would definitely need a little screen of some kind (Triumph make a small fly-screen) for long distances and would need some aftermarket soft panniers, but man, it was fun with the revs dialled up. What a noise! I could not believe how good it sounded with those road legal exhausts on. You just wouldn’t need to change them, they were pretty loud!

Handling felt good once I gelled with it. Got the traction control light coming on a lot which was pretty confidence inspiring. The brakes were strong but with plenty of lever travel, far more than I’ve been used to lately.

I started off in Sport mode, but found the throttle way too twitchy, basically on/off at normal road speeds. Setting this back to Road mode completely smoothed things out without feeling underpowered for the road. I would use that most times I reckon. Once in the zone and the revs are high, Sport mode makes sense. Normally I just leave bikes in their fastest mode but it really did pay to switch between them with the Speed Triple RS.

You could feel the weight on slow turn-ins (189kg, quite heavy nowadays), though considering it’s not batshit crazy powerful but still with loads of torque down low, you could use far more of the bike on the road. Almost impossible to do on the bikes above this one. For these reasons alone I’m now actually quite interested in test riding the Street Triple RS 765 as a sweeter-handling alternative but hopefully still grunty enough.