Anyone following this this year? Lyndon Poskitt isn’t doing it this year which is a shame, his vlog series last year was brilliant.

not yet, only realised this morning it had kicked off.

Shame Poskitt is not doing it this year, but he did say that a few months ago. I recon he’ll be back next year though…

As usual rubbish coverage in the UK.
This is Red Bull’s videos of mainly their sponsored riders.

The first competitive stage of the Dakar Rally saw drivers and riders cover the distance from Lima to Pisco followed by an 84km special stage. It was a good start for Joan Barreda, who won on bikes. In cars, Nasser Al-Attiyah took the lead.

anyone able to find any progress on Sara Garcia? would love to see how she gets on.

This channel has fan footage from stage 3

18th win for Team Orange and 2nd for Toby Price who had broke his wrist just over a month ago!! 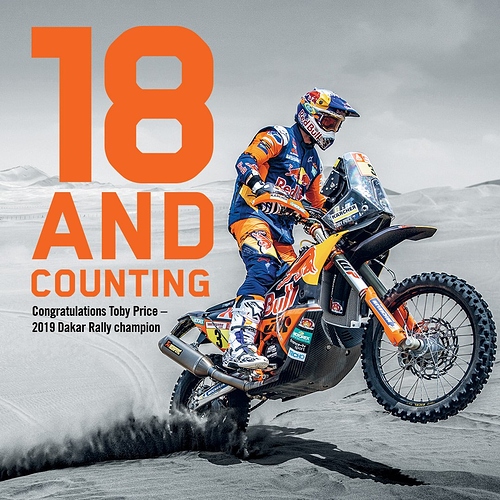 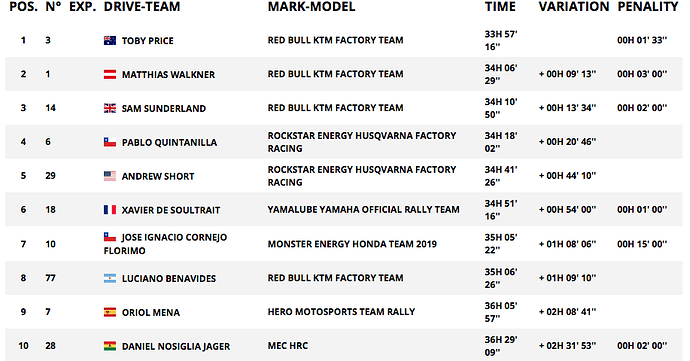 Poor Quintanilla, he was 1 minute from first place when he set off and this crash put him into fourth. Bloody heroic effort to get back on the bike.