Spent 4 hours today cleaning the bike, snow foam, 2 bucket wash, clay bar , polish and back to black. If i get bored tomorrow ill do one of the cars 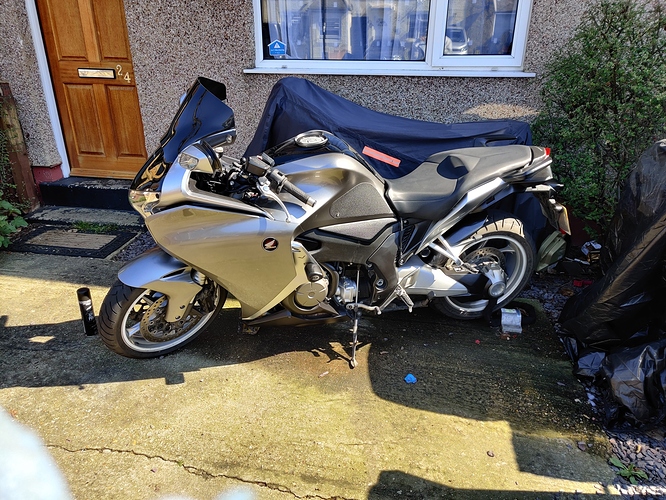 Filled m the form, no heard anything yet. Did the same to be a Tseco delivery driver. Thinking I can take some twisties to/from work…

Ditto i might be going back to work tomorrow as i am in construction. So long route home will be a great idea with less traffic on the road.

With this virus going around I’ve decided to sell my Ducati and buy a Harley.

You can’t catch anything with a Harley

Thank you for using DVLA Vehicle Licensing Online.
Your SORN has been successful.

dont play to hard
police are out watching & waiting

I popped out to Sainsbury’s at quarter to eight tonight. I messaged my neighbour (cause she’s stuck indoors and I’m nice like that) and she asked me to pick up some semi-skimmed milk and a bag of mini eggs.

Imagine my surprise on my way back when everyone came out of their houses and started clapping in the street. I said ‘just being a good neighbour’ and went back inside.

Very surreal, but nice to finally get some recognition. 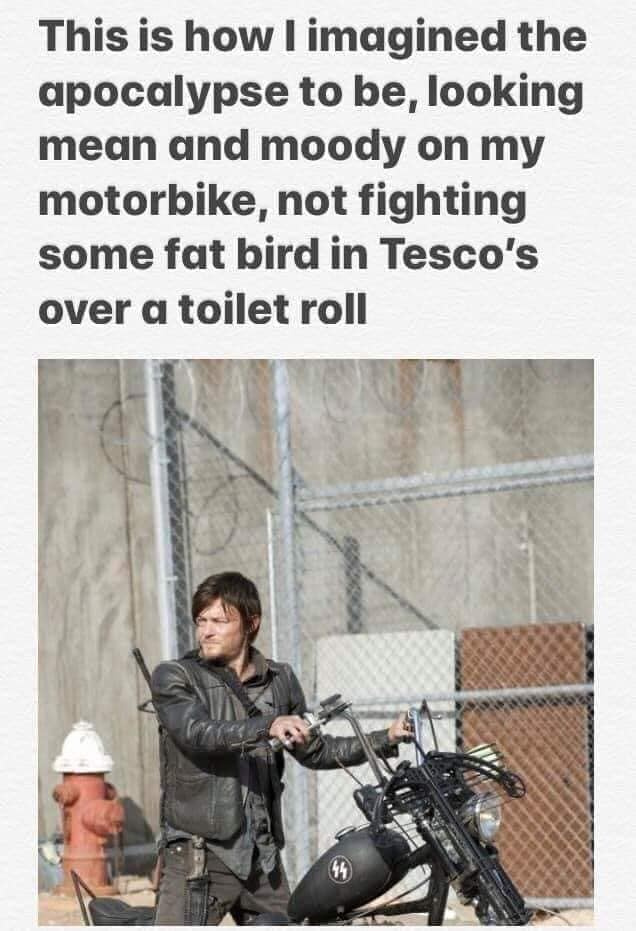 So Borris has Carona

Excuse me while I laugh maniacally. I hope the saggy gobshite dies.

I look forward to hanging a sign on his gravestone that says “My rich pals and massive ego couldn’t save me”. He has no empathy or compassion and I have none for him.

And you wish death on him? That’s low!

I think he’s ok. I met him at a book signing in Leadanhall Market and he was nice enough.

Just remember that the tories cheered when a law to remove the cap on salaries and pay rises for nhs, police and fire service was voted down.

Tories policies have also caused 100’000s of extra deaths over the last 10 years. The NHS has been decimated, Police, fire ambulance services are all been decimated.

I’m not going to shed a tear for any Tory infected. They have proved themselves to be heartless self centred selfish individuals.

Fair enough kev you don’t want to shed any tears for infected Tories. But for me groovy to hope someone dies is disgusting.

Hmm wasn’t Boris the one advocating herd immunity? The strategy that more people get ill (and die) to the expense of more people eventually, hopefully, becoming immune?

Until they told him it was bollocks and he changed his mind. Not because people would die, but because it would collapse the system and they couldn’t be 100% sure on the immunity part.

As for ‘being alright’ - a chance meeting is not really a way to judge anyone, let alone a politician. I’m sure most people are alright for the first few mins you meet them.

This whole convo is moot… I’d say this is karma, but he’s got it mildly, which is going to be the bigger issue. Being the self centred twat he is, this will no doubt affect how he perceives the virus.

Also just heard the Health Secretary has it… Karma really is a bitch.