thanx boys …made my year…AGAIN 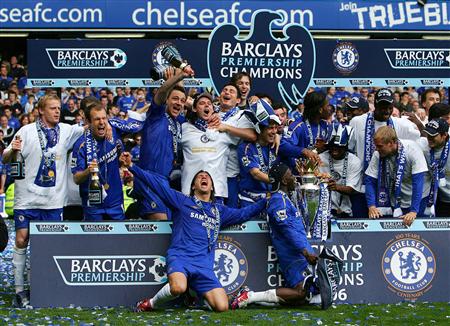 We just rode through Chelsea after having a meal out and boy, it’s packed with very, very drunk and loud fans, thought they might have won the championship

Yes! I am with you Joe

Well, much as it pains me to say this, they did it with as much style (from the MoD highlights) as I’ve ever seen them play. So respect (ouch) is (oww) due (omigod that hurt).

Pity they had to break Rooney’s foot mind, so it’s not congratulations all round

We did in style, shame about Rooney!