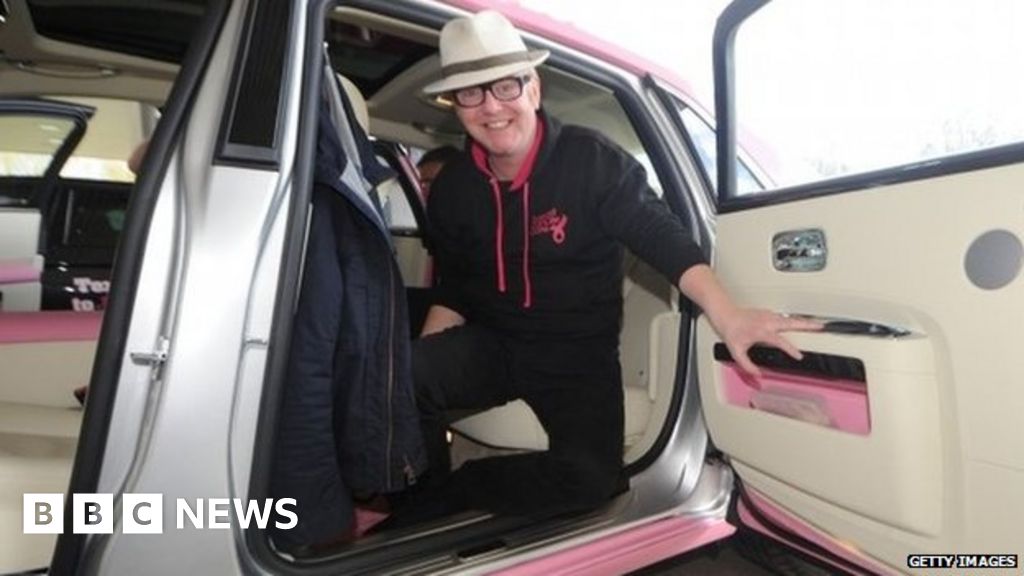 TV and radio personality Chris Evans will replace Jeremy Clarkson as the lead presenter of an all-new Top Gear line-up, the BBC announces.

No one’s gonna watch it anyway

I reckon people will watch it reluctantly, and grumble.

He has a lot to bring to the show as he is passionate about cars, like this forum , strange at first but now everyone is used to the new layout.

There is a lot of hate over on PistonHeads for CE. I don’t understand why? Has he been a dick in the past?
I like him and he is an excellent presenter.
I’ll watch it

I’m going to reserve my judgment for now. But I cannot see it being the same at all…

I don’t know what he’s like on TV but on my morning commute, I’m always listening to BBC2. He’s definitely a bit hyper and has got the tar of being a radio 1 breakfast presenter (they were all twats).

That would be genius.

But I cannot see it being the same at all.

I suspect that’s part of the point.

I approve of this. it needs a format change.

ruining what show Rusty? There is no show. Top gear is dead,
This is a new show, with, hopefully, a new format, and new presenters. First series will be shit, they always are, but it will grow. Evans is a proven innovator on TV, and a very very successful producer, things could be a lot worse. His co-hosts need to be chosen very carefully indeed!

He’s a twat and will always be. As soon his face appears on the screen I have to reach the remote asap or I would smash the tv set.

I read there will be a whole new line up which is pretty overdue to be honest. The show became so jaded I think it only appealed to 12 year old boys who thought it was real. Well in the absence of the A-Team they needed some such show. The challenges bored me to tears and I’ve not watched it for years.
I also thought some of their stunts were reckless. When Clarkson drove a truck through a wall he could have broken his back and for what? Light entertainment.

Meh jackass did a lot worse…

Personally think Chris Evans is a great Presenter, and best of all he is naturally Funny so it won’t seem scripted like it started to over the past few years with the 3 Amigos!

I think its a great choice as he is a proper Petrol Head, you don’t hear of Clarkson/May/Hammond buying the Dunlop Bridge at Donnington, not cos he wanted it but cos he didn’t want to see a bit of MotorSport History being thrown in the Scrap, Or when he buys stupidly expensive cars to save them from the scrap heap. He loves his cars so much that whenever people come to his house to work or fix things the first thing he does is ask if they like cars and if they do he gives them a tour of his Ferrari Collection!! I reckon Chris Evans is as much a Petrol head as Jeremy Clarkson and really knows his Stuff about Cars, and he can drive too!! he was top of the Bourd a few series ago

Big Red > lol yer not very well put, I just mean the whole thing… Call me old fashioned but I liked the show, how it was done, the presenters the format etc etc…

The whole thing is going to change, not just the presenters and that is what will drive me away… I’m kind of on a fence with the whole CE personality but just do not see it being anything I will continue to watch after the curtains go down on the last remaining ones…

Another channel will pick the other 3 up and I’ll wait and see how that goes I think.

They’ve reinvented it before - that the new series will be different from previous ones doesn’t mean it’ll be rubbish. I quite enjoyed it as it was but that doesn’t mean I wont enjoy it as it will be.

Could be interesting if followed through:

He does ride, or at least used to - I saw him in the Ladbroke Grove Sainsbury’s carrying a lid About 20 years ago, so why not?