Yes folks… I’m putting my baby up for sale. My test is looming and it’s time to part with my little girl

I bought her from Infinity in Purley last November and have found her incredible to ride. But its time to get me a bigger bike

Two previous owners (inc me) and as far as I’m aware has been kept garaged.

Head bearings have just been replaced.

No marks or scratches

Pls PM me if you want any more details. 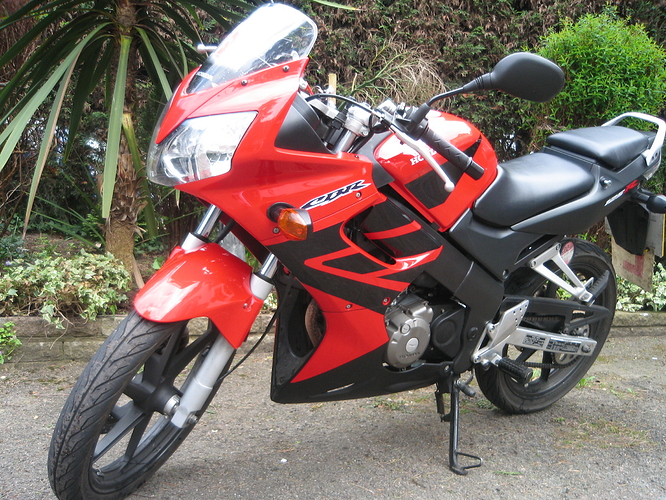 what price range are you after???

How much are you asking?

Oh… and will throw in a couple of theory test books if you need them.

Plus its the time of year when everyone starts taking their tests and want a bigger bike,

What about part X? Or maybe slap it up on eBay?

yeah the price is a lil bit much, I also have a 2004, and will be selling it in a bit, but honestly I would be asking a lot less, just my 2 pence worth of advice.

Ok then guys - it’s been lowered to £1500 but that’s because I know a bike shop who will buy it for around that much, but I don’t fancy being royally screwed so they can sell it for a lot lot more… and they admited it to me as well.

Now on ebay and price has been reduced even more

Did Gina buy it?

I’m happy that she’s going to a good home.

so how much did you get for it?